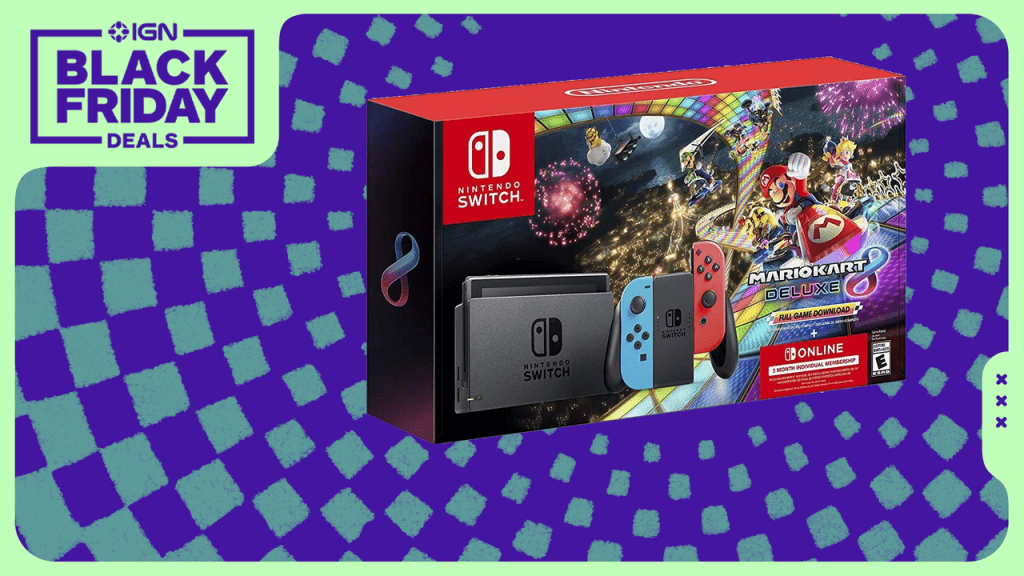 Looking to finally get your hands on a Nintendo Switch or trying to get a great deal of Nintendo Switch to give as a gift this year? Well, Nintendo Black Friday deals are in full swing, with the return of the $299 Black Friday Nintendo Switch console deal. The deal is valid and available everywhere, without membership or other restrictions. If you want to have it, just order it, and someone you probably don’t know wearing a uniform will deliver it to your home.

I want to reiterate how it is the best choice for anyone looking for the perfect Nintendo Switch gift this year. For $299.99, you get a Nintendo Switch neon console, a digital copy of Mario Kart 8 Deluxe, and a single user subscription to Nintendo Switch Online. It’s the whole package.

How to get Mario Kart 8 Deluxe New Tracks

With a 3-month subscription to Nintendo Switch Online, you get access to online play and a selection of Super NES and NES games as part of the subscription. However, if you want to access the new Mario Kart 8 tracks, you will need to upgrade to NSO Expansion Subscription. This tier entitles you to additional Mario Kart 8 tracks, Animal Crossing DLC, Splatoon 2 Octo Expansion, as well as access to select Nintendo 64 and Sega Genesis games.

When does the Nintendo Switch Black Friday bundle go on sale?

See also  Ducati and Lamborghini teamed up on a $68,000 Streetfighter V4