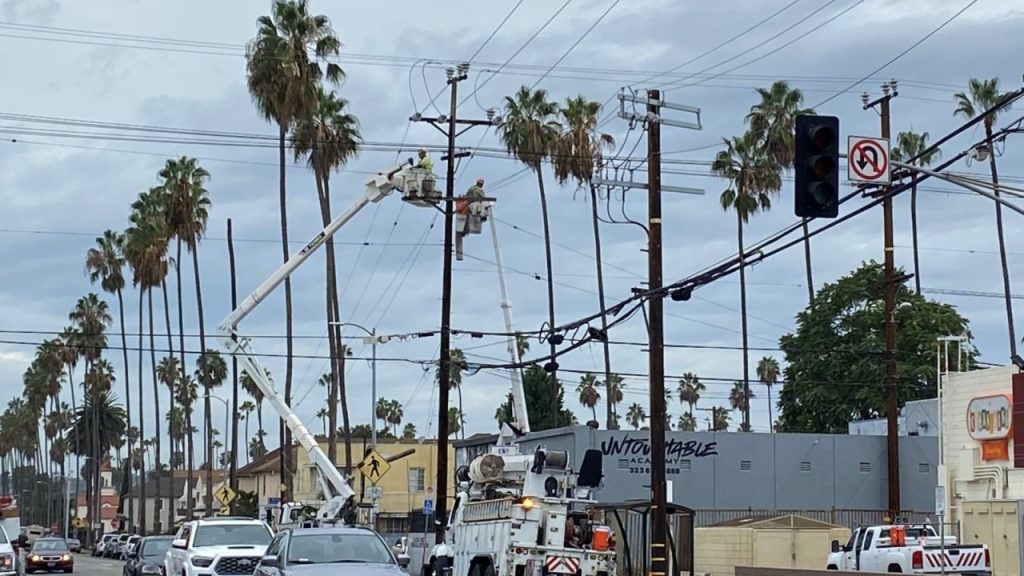 The utilities estimate that about 24,700 services have been disrupted, with damage blamed on Post-Tropical Cyclone Kay.

A spokesperson for the LADWP said the areas worst affected were Harbor Gateway, Wilmington and Vermont Knolls, although other areas have seen similar outages.

Broken tree branches and flooded underground electric vaults are some of the usual causes of rain-related interruptions, the LADWP said.

Crews are said to be working around the clock to restore service, but the outage could last between 12 and 24 hours. The facility had already hired additional workers prior to Kay’s arrival in the Los Angeles area due to the possibility of a power outage.

By 2:30 p.m., the facility said about 16,000 customers had restored capacity, but thousands remained without service.

Residents are urged to avoid any broken power lines and instead call 911 for assistance.

See also  What happens to Elon Musk and electric cars if Tesla dies?