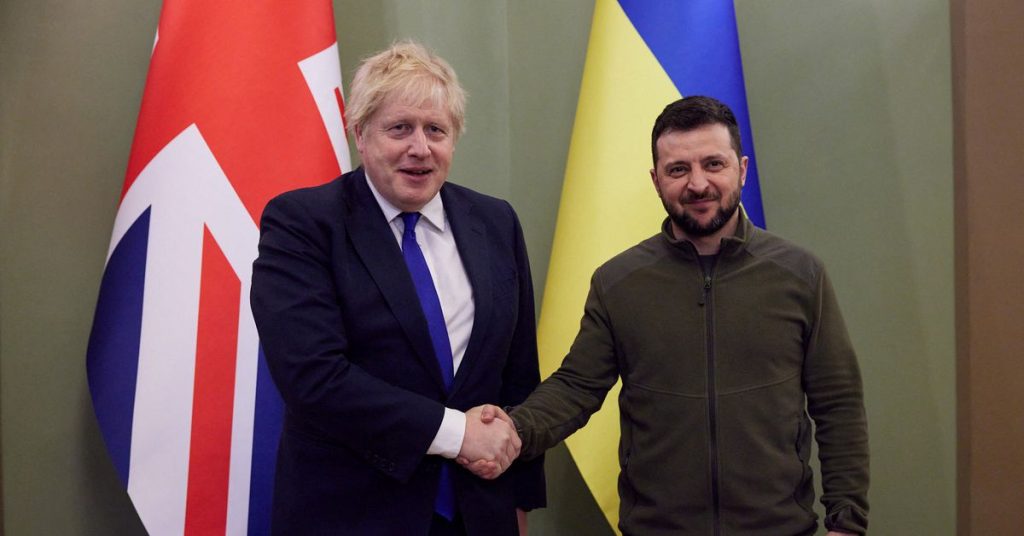 In a meeting covered in secrecy until Johnson appeared in the Ukrainian capital, the two leaders cemented the close ties they had nurtured since Russia’s invasion of Ukraine on February 24. The move caps weeks of pressure by Johnson to meet with Zelensky.

With the two men standing on stage in front of the cameras, they praised each other for their cooperation since the Russian invasion, which Moscow called a “special operation” to disarm and “discredit” its neighbor. Zelensky dismisses the description, saying that Russia is bent on destroying his country.

“Other democratic Western countries should follow the example of Great Britain. It is time for a complete embargo on Russian energy supplies, and for increased arms deliveries to us.”

Johnson responded: “We will work with our partners to escalate the economic pressure and we will continue to ramp up sanctions on Russia week by week.”

He added that the measures would include moving away from the use of Russian hydrocarbons.

The British leader, under pressure due to alleged parties in his Downing Street residence during the COVID-19 lockdown, has been vocal in his support for Zelensky.

A Downing Street spokesman said Johnson met Zelensky “in a show of solidarity with the Ukrainian people”.

On Zelenskiy’s Telegram channel, Johnson was described as “one of the most principled opponents of the Russian invasion, a pioneer in imposing sanctions on Russia and providing defensive support to Ukraine”.