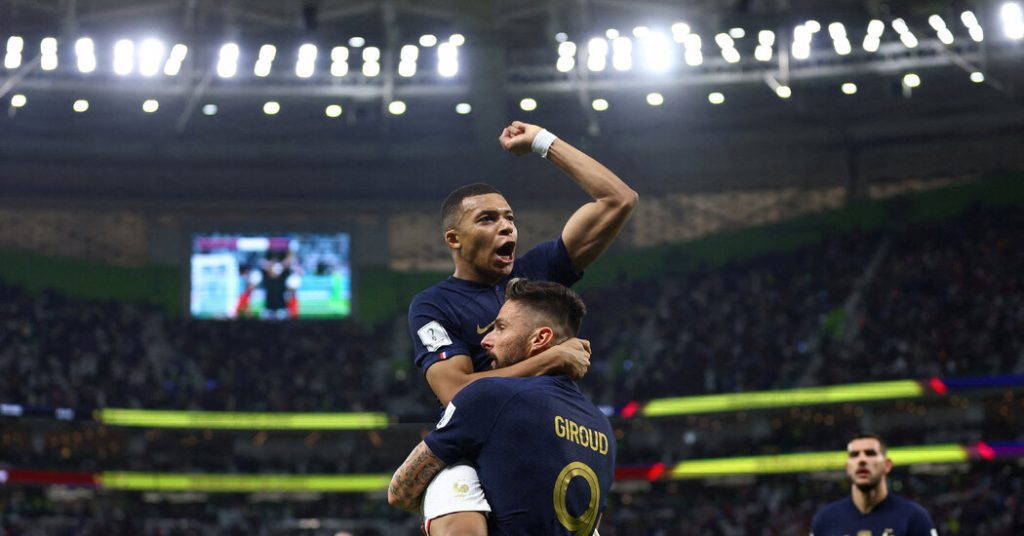 France’s commitment to demonstrating the unparalleled depth of its resources is, at this point, long beyond admirable. It now pushes fantastic boundaries.

Before the start of the World Cup, France coach Didier Deschamps lost five players to injury – most of them were probably debutants. Deschamps didn’t blink much. Here are five more, just like them.

A few days later, the sixth player, Lucas Hernandez, fell by the wayside. Deschamps—a man of deadpan, stern demeanor weakened only by a shy, coquettish laugh—made no pretense of confusion. Fine. If that’s how you want to play it, he’ll go and become the first coach to hold the Men’s World Cup in half a century despite being a player. Didn’t even bother calling a replacement.

None of it stopped France’s quiet progression to a second consecutive final, of course. But it is not true to say that these absences did not affect Deschamps’ team in Qatar. While the French may have barely broken a sweat on their way to the quarter-finals, they were upset against both England and Morocco. In fact, there were fairly long periods in both matches when the defending champions were behind.

France won the 2018 World Cup without sensationalism; This team gave the impression that it had always had other equipment. This, stripped of many of the key players, seemed to reach its limit.

Against Morocco, France was deprived of two more players: Adrien Rabiot and Dayot Uppicano both missed due to a virus. It was reported in France that the virus was transmitted from England players during the quarter-final, although evidence for this claim is scant at best. (A respiratory virus had been circulating in Doha throughout the tournament; doctors generally attributed it not to air conditioning, diagnosing at least one Brazilian winger, but to an influx of more than a million people into the city.)

See also  After Steve Curry's shoulder injury, what's next for the struggling Warriors?

Wherever the virus came from, in the days following the France semi-final, three more players fell victim to it: Raphael Varane, Ibrahima Konate and Kingsley Coman, who missed training on Friday, 48 hours before the World Cup final. It’s not in-depth football journalism to suggest that this isn’t really ideal.

“Obviously it would be better if this didn’t happen,” Deschamps said Saturday, an observation with impressive language, even by his standards. “We are dealing with it as best we can. We are trying to take as many precautions as possible, to adapt as necessary and to continue to do so.” France has done everything it can to mitigate the spread of the disease, isolating certain players and introducing social distancing for others.

Assuming these actions work, Deschamps still finds himself in a complicated situation. All those players who are sick are going to wake up on Sunday morning insisting they can play. They will inform the French medical staff that their symptoms have completely disappeared. Deschamps, of course, hopes they’re right: he wouldn’t want to play a World Cup final without his three first-choice defenders.

The problem is how much he can trust his players’ testimony and their instincts. Physical exams may indicate that some, or all, are fit enough to start, but will fatigue set in faster than normal? Will they be able to play to the best of their abilities, at the biggest (combined) game of their lives if they’re still dealing with the aftermath of the virus?

And if they can’t, what alternatives does he have? France produces players in such industrial quantities these days that it has long felt as though the country could field two teams to the World Cup, each capable of winning it all. Now doesn’t really feel like the best time to test this theory out.