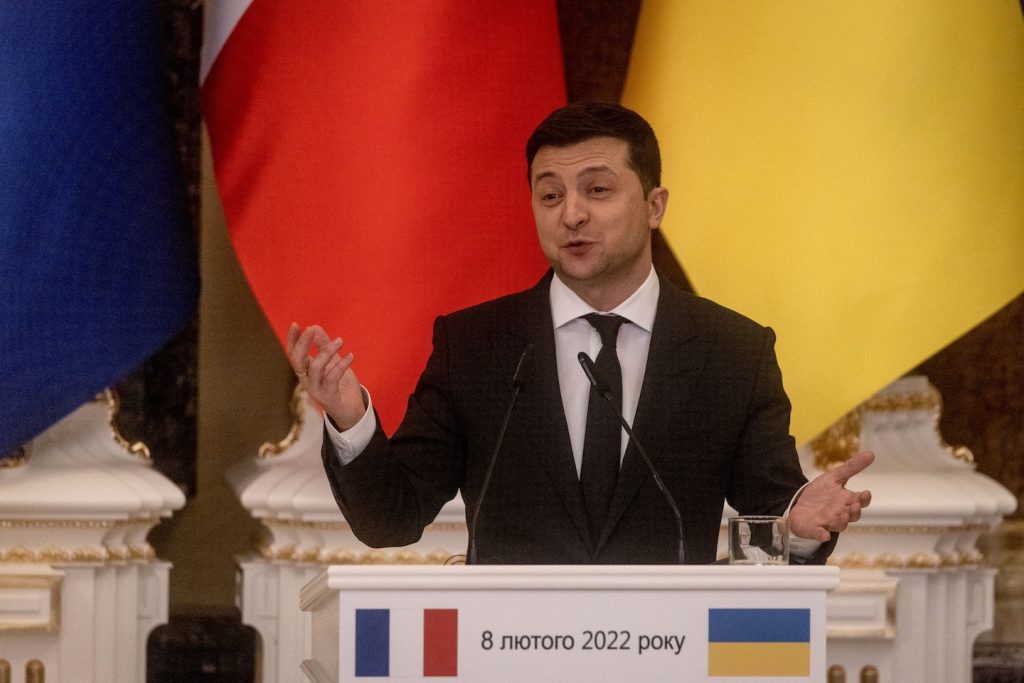 The observations were more symbolic than practical: Ukraine’s rapid acceptance into the coalition would require members to immediately send troops to fight Russia, under collective defense commitments.

Ukraine has long sought NATO membership, but Zelensky admitted in March that Ukraine must accept not being accepted into the Western military alliance, despite receiving security assistance from its acceding countries.

“We have already made our way to NATO,” Zelensky said in a Telegram statement. “In fact, we have already demonstrated compliance with the standards of the Alliance. It is real for Ukraine – real on the battlefield and in all aspects of our interaction. We trust each other, we help each other, we protect each other. “

In practice, the chances of Ukraine joining NATO diminished during the Russian invasion. Member states, including the United States, drew clear lines: they arm Ukraine, but do not have their own forces on the ground for fear of a world war.

Just an hour before Zelensky’s announcement, Russian President Vladimir Putin announced Moscow’s illegal annexation of the Donetsk, Luhansk, Zaporizhzhya and Kherson regions, partially occupied by Russian forces. At the time of Putin’s speech, Zelensky was meeting with his National Security Council. “There will be no negotiations with Russia as long as Putin is the president,” Andrey Yermak, Zelensky’s chief of staff, said via Telegram. “We are moving forward. To victory.”