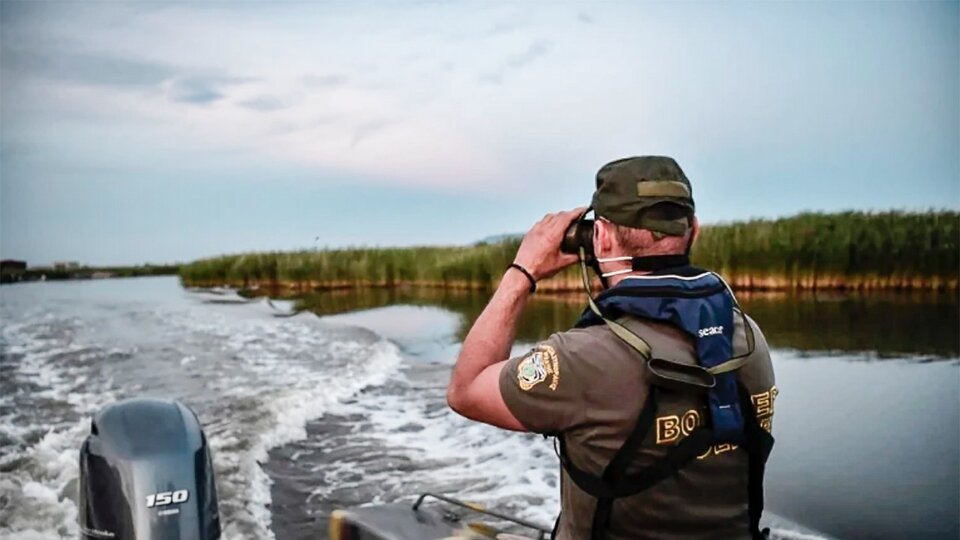 Nearly a hundred refugees were found naked on Greece’s border with Turkey after being forced to cross the Evros River. The Greek government announced that it was separating the two countries, describing the incident as an “inhuman scene”. Greek Civil Defense Minister Takis Theodorikakos accused Turkey of “instrumentalizing illegal immigration,” but Ankara denied any involvement in the denigration of migrants.

European border watchdog Frontex confirmed “the rescue of 92 refugees on Friday” with the support of Greek authorities, spokeswoman Paulina Pakula said. “(Frontex) agents reported that migrants were seen naked and some with injuries.”Pakula made the pledge at the organization’s headquarters in Warsaw.

Theodorikakos accused Turkey of “barbaric and medieval” behavior towards 92 migrants on Monday. The minister pointed out on his Twitter account that the facts recorded by Frontex were indisputable, as Turkish Foreign Minister Mevlut Cavusoglu accused Athens of trying to “slander” Turkey by denying that Turkey pushed migrants to Greece. .

ImmigrantsWho is left completely naked, He told Greek police that they were taken to Evros in three vehicles belonging to Turkish officials Then they tried to cross the river in plastic boats. Migration Minister Nodis Midarakis stated this on Monday Greece reported the incident to the UN He noted that the case puts Turkey in a “difficult” situation.

“I have requested a meeting with the President of the UN General Assembly in New York, I have informed the Commission and I will show them the photos and videos,” Midarakis said on his Twitter account. The Greek minister sent a letter to EU Home Affairs Commissioner Ylva Johansson and her counterparts from the bloc’s member states on Monday. “Victims of theft, physical injury and treatment that offends human dignity” by the Turkish authorities.

The letter mentions that they were rescued 61 Afghans, three Iranians, four Moroccans, five Pakistanis and three from Bangladesh, including six minors. 92 migrants were immediately provided with clothing, food and first aid.

They have continued to be detained at the Ferez Police and Border Guard Station since Saturday, the newspaper said. Guardian, but in the next few days they are expected to be transferred to the reception and identification center of Phylagio near Orestiada in the northern part of Greece. There, United Nations High Commissioner for Refugees (UNHCR) officials hope to speak with them.

Meanwhile, Turkey says a picture released by Minister Midarakis on Saturday depicts migrants being robbed, stripped naked and abandoned at the border by Greek security forces. In a series of messages posted on Twitter in Turkish, Greek and English, The Turkish president denied responsibility If.

“We call on Greece to end its inhumane treatment of refugees as soon as possible to put an end to the false and baseless accusations against Turkey,” wrote Fahrettin Altun, head of communications for the president. “By these ridiculous acts, Once again Greece shows the world that it does not even respect the dignity of oppressed people“He posted photos of deported refugees after removing their belongings,” Altun said.

The Turkish foreign minister, Mevlut Cavusoglu, promised from Istanbul: “To try to look right, when you’re not right, like in Greece, you really have to be self-conscious and a little bit shy.”

Without going into the details of the incident, Cavusoglu recalled that “in hot income Greece not only strips migrants of their documents, but also their clothes, so they never come again“, a practice that many refugees reported to the Turkish press between February and March 2020. Athens accused it of “changing the coordinates” of incidents in the Aegean Sea, which take place in Turkish waters, and the European agency Frontex “participating in this crime”.

Both Greece and Turkey have had a poor record of handling migrants over the years. Ankara usually opens or closes the migrant pipeline to Europe to put pressure on the EU. For Minister Theodorikakos, Turkey is using the diaspora as a tool to gain the support of Turkish public opinion in a difficult period for Recep Tayyip Erdoğan considering the approach of general and presidential elections.

Meanwhile, Greece has had refugee camps on its soil for years, where living conditions for residents are inhumane, despite repeated complaints from humanitarian organizations. On September 13, six migrants, two of them children, died at sea after Greece prevented them from reaching land. and drove them into Turkish waters in the Aegean Sea, creating further tension between the two countries.

Due to the increasing number of illegal border crossings from Turkey, Athens wants to completely block the border at Evros, so it has added 80 kilometers of fences along the river to the existing 35. system Mare liberum promised on Sunday that “in the Evros region, Crimes against human rights are committed daily by Turkey and Greece“.