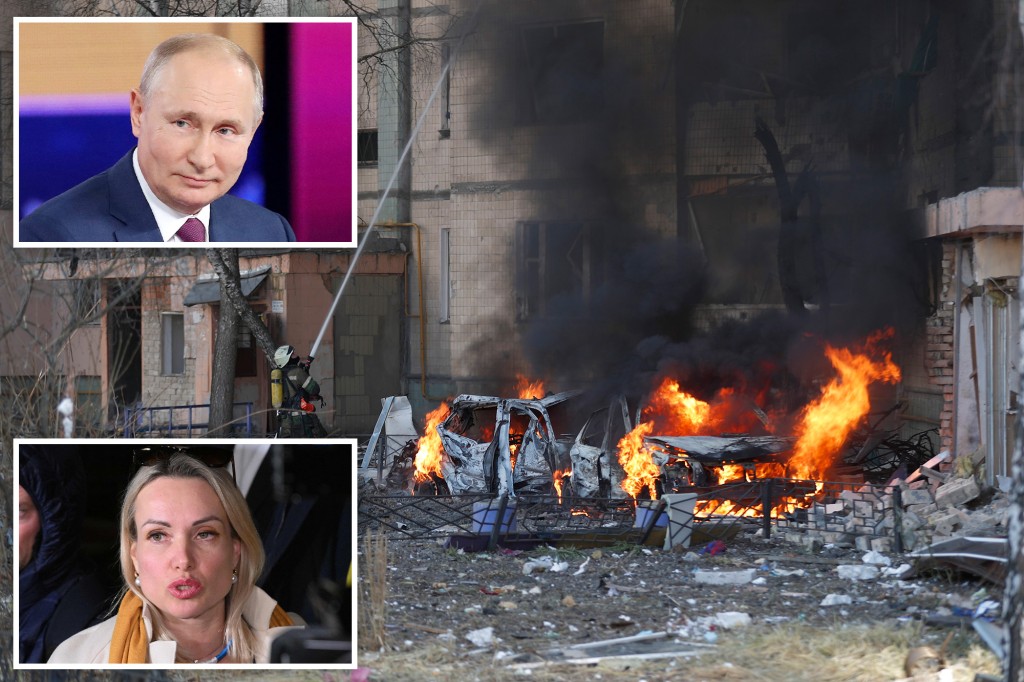 The editor-in-chief of Moscow TV, which organized a live protest against the Kremlin’s invasion of Ukraine on Sunday, said the conflict is “Putin’s war, not Putin’s war.” [the] The Russian People’s War.

Journalist Marina Ovsinikova ran onto Russia’s official news broadcasting site last week with an anti-war sign saying “No to war” and “Don’t believe the propaganda. They’re lying to you here” in both English and Russian.

One of the broadcasters of the station, Channel One, was transmitting the news at that time.

Ovsyannikova was charged with an “administrative offense” and fined $280, at least for the time being.

Then she appeared on ABC’s “This Week” with George Stephanopoulos to tell the world that the Russians did not support the war.

“With the start of the war, I could not eat. I could not sleep,” Ovsyannikova said. “What we showed on our programs was completely different from what was happening in reality.

“The propaganda on our state channels is getting more and more distorted. The Russian people are really against the war. It’s Putin’s war, it’s not. [the] The Russian People’s War.

Ovsyannikova said she and her colleagues were shocked when the war broke out and that she realized she had to do something after a week of covering the station.

“I can show the Russian people that this is just propaganda, expose this propaganda for what it is and perhaps motivate some people to speak out against the war,” she said of her decision to storm the site.

Ovsyannikova encouraged more Russians to speak out and express their opposition.

“I was hoping my performance would, in some way, help people change their minds,” she said.

The mother said the protest was a “spontaneous decision” born of deep frustration and “dissatisfaction with the current situation that has been building for many years.”