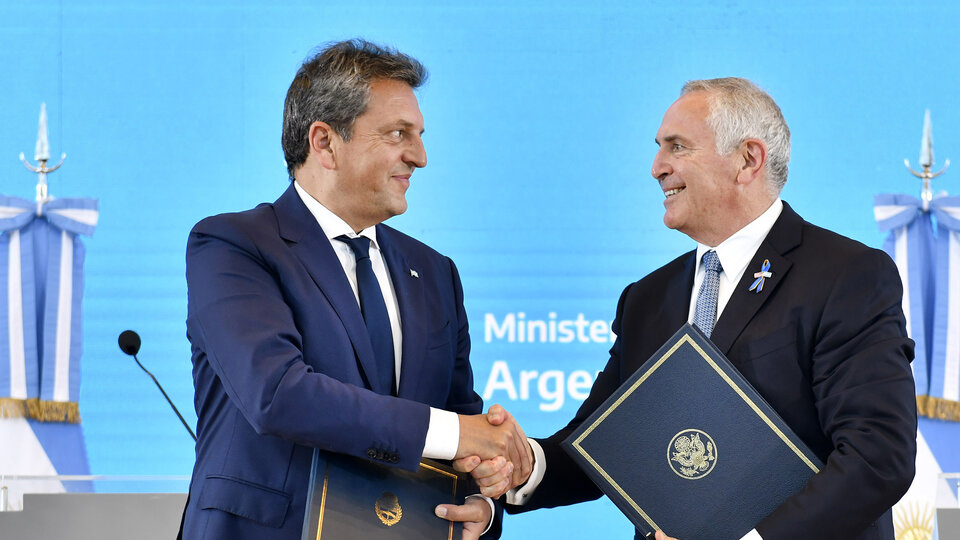 The agreement on financial information exchange signed by Argentina with the United States is “the most comprehensive of the possible agreements, in terms of the responsibilities and obligations of both parties,” an official source at the Economy Ministry said. Allow Argentina to access data on the accounts of Argentine residents in that country for funds not previously declared to AFIP.

“Subject to compliance with all notices and protocols, the agreement will come into effect from January 1,” said the same official source. The agreement covers all 50 US states, including Delaware and South Dakota. The United States excludes only American Samoa, Guam, the Northern Mariana Islands, Puerto Rico, and the US Virgin Islands from its “jurisdiction.”

Regarding obligations to collect and share information, the Agreement contemplates:

Some of the implications that Argentine officials highlight for the agreement signed with the United States are “reciprocity commitment: The United States is committed to matching the information it sends to all countries that have entered into the IGA Model 1 agreement. It receives; this is a mutual commitment to continuously improve the effectiveness of information sharing and transparency.”

Specifically, “the United States transmits information on the whereabouts of U.S. income earned by a resident of a contracting country” (Argentina, in this case). “When reporting a financial account opened at a US reporting US financial institution:

(1) With respect to a deposit account, the account holder shall be a person resident in Argentina and the account shall be paid in excess of $10 in interest in any calendar year;

(2) In the case of a financial account other than a deposit account, the account holder is a resident of Argentina, including entities certifying their financial residency in Argentina, with proof of income paid or recognized in the United States (which is defined in Chapter 3 of Subtitle A of the United States Internal Revenue Code or F subject to reporting under Chapter 61 of verse).

According to the source, Argentine tax authorities “may be more suitable for custodial accounts, for example, investments in the US stock market, even through corporate or trust structures.”