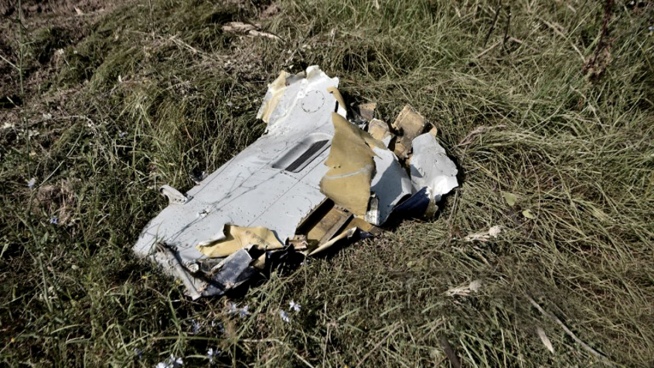 All eight crew members of a Ukrainian cargo plane that crashed near the Greek city of Kavala on Saturday were killed in the crash, the Serbian defense minister announced on Sunday.

aircraft, An Antonov 12 aircraft owned by Ukrainian company Meridian Ltd. was carrying about 11 tons of weapons, including mortar mines, to Bangladesh when it crashed on Saturday night.Nebojsa Stefanovic pointed out, AFP agency reported.

“Unfortunately, according to the information we received, all eight crew members died in the accident,” Stefanovic said. At a press conference.

The Ukrainian Ministry of Foreign Affairs confirmed the identity of the eight dead, Ukrainian nationals, whose bodies were recovered.

“The main cause of the accident was an engine failure.”Foreign Ministry spokesman Oleg Nikolenko said on his Facebook account.

The flight, which took off from Nis airport (southern Serbia) on Saturday, was carrying weapons from the Serbian company Valir. According to Stefanovic

The pilot requested permission to make an emergency landing at Kavala Airport in GreeceBut could not do it in time.

Because of the danger to the cargo, Greek rescue services used a drone to fly over the remains of the plane this Sunday.

The victims were from Ukraine. Experts are examining the area for traces of chemical substances or explosives. The plane had 11.5 tons of motor ammunition.#DWNews /cvml pic.twitter.com/RJqsHZcSWJ

For its part, Bangladesh confirmed the export of “training motor howitzers procured from Serbia for Bangladesh Army and Border Guard”.

“Some media reported that the plane was carrying weapons to Ukraine, which is completely untrue.”was assured.

A special unit is expected to control the area, the Civil Defense Ministry said in a statement on Sunday.

A plane carrying military ammunition crashes in Greece, killing all crew members. It is Antonov 12 operated by Ukrainian Cargo Airlineshttps://t.co/SoSf5KDhW6

“Members of the fire service with special equipment and measuring instruments approached the point of impact of the plane and closely examined the fuselage and other scattered parts,” Marios Apostolidis told reporters.of the Greek Fire Brigade.

Witnesses reported seeing the plane on fire and hearing an explosion.

Giorgos Archontopoulos, a resident of Kavala, told ERT public television that he knew something was wrong when he heard the plane screeching.

“I was surprised by the sound of the engine,” he recounted, “and I got out and saw the engine on fire.”

Officials asked people living within a two-kilometer radius of the accident site to stay indoors and wear masks.

while, Two firefighters were taken to hospital early Sunday morning with breathing difficulties due to toxic fumes.

The Greek news agency reported that the cause of the crash would be investigated.