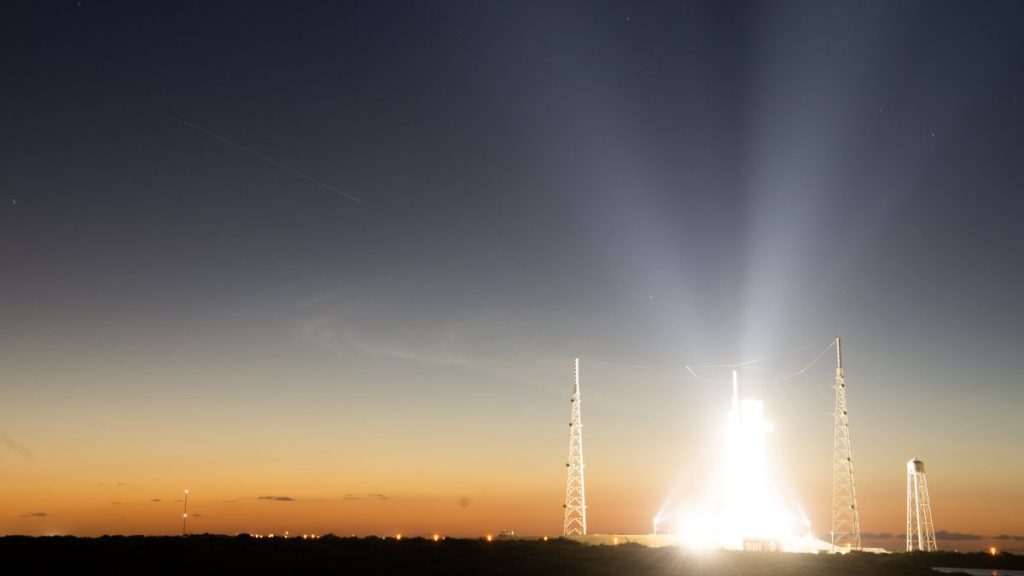 A quiet new NASA photo captured two spacecraft at twilight, one in orbit and one on Earth, while the agency tested its new Artemis 1 lunar rocket.

Kowsky took the photo using a 30-second exposure and a Nikon D6 camera, according to aa NASA photo description. The SLS missile is hard to distinguish in the photo because it is partially obscured by the exposed spotlights from its launch pad, but the stunning aurora colors ranging from deep orange to black at night more than make up for it.

NASA rolled out an SLS rocket to the launch pad in March for a countdown and refueling test known as “wet rehearsal” ahead of schedule. Artemis 1 task for the moon later this year. The test started on 1st April but it didn’t go smoothly.

NASA has Tried to refuel the missile three separate times-Only to cancel each attempt due to technical problems. The cause of the latter delay is a defective valve in the Artemis 1 stack launch tower.

See also  New image from the Webb Telescope, preview of the Artemis I . lunar mission

Artemis 1 mission is an unmanned test flight that will launch an aircraft Orion spacecraft Full of experiences and models around the moon. If the flight goes well, NASA will launch the first astronauts on an SLS rocket in 2024 on the Artemis 2 mission, which will also fly around the moon. NASA said the next mission, Artemis 3, will carry astronauts to land near the moon’s south pole in 2025 or 2026.