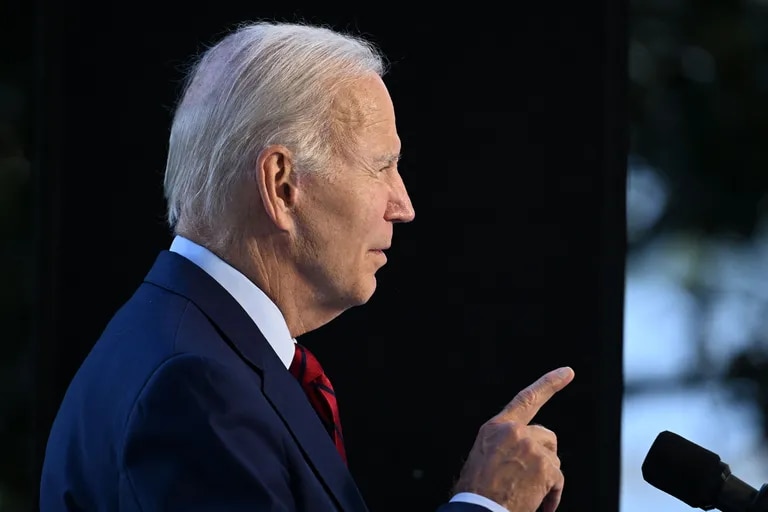 Washington.- The United States is a new blow against international terrorism He claimed to have been killed in a drone strike In Kabul, Afghanistan, Ayman al-Zawahiri is the leader of Al Qaeda network Osama bin Laden’s right-hand man and one of the masterminds of the 9/11 attacks. President Joe Biden He confirmed the news “Successful Attack” In a solemn speech from the White House.

“Justice has been served, this leader is no more. The world no longer needs to fear this brutal and determined killer,” the US president told the nation.

“The United States continues to demonstrate its resolve and ability to defend the American people against those who seek to harm us. Tonight we will reiterate: No matter how long or where you hide, if you are a threat to our people, America will find you and destroy you.“, he added.

Ayman al-Zawahri assumed leadership of the terror group after bin Laden was killed in a 2011 attack by the SEALs while he was president in Pakistan. Barack Obama. His kill marks One of the most important implications of America’s counterterrorism campaign, and one that gives the Biden administration a boost, whose reputation has fallen Since its chaotic exit from Afghanistan nearly a year ago, the country has fallen back to the Taliban. Support for the administration fell to 38%, according to a recent Gallup poll, the lowest approval rating for a US president at this point for the first time since at least the postwar period.

The attack took place over the weekend, but official sources told US media that the US government delayed releasing the news until it confirmed al-Zawahri’s death. The US has also killed and arrested key Al Qaeda leaders The architect of the plot, Khalid Sheikh Mohammed, and four other defendants are being held at a military base in Guantanamo, Cuba.

Al-Zawahiri’s death comes later More than twenty years after the terrorist attacks of September 11, 2001, the country’s most stealthy and deadly attack., an indelible mark on the collective unconscious of a nation that, two decades later, is still trying to recycle the iron solidarity it evoked to recover from the worst shock in its history. Since those attacks, Al Qaeda has gone nuclear, and America now faces other, more obvious threats.: The challenge on the global stage is China and Russia’s invasion of Ukraine this year, cyber attacks, the epidemic of armed violence that affects the country almost daily, or the hidden danger of climate change.

“The United States and its allies will face an increasingly complex and interconnected global security environment, marked by the growing threat of competition and conflict between great powers,” said the latest annual report released in March. National Intelligence. “Competition and potential conflicts between states pose a significant threat to national security. “Beijing, Moscow, Tehran and Pyongyang have shown the ability and intent to advance their interests at the expense of the United States and its allies,” he added.

It was further mentioned in the report Al-Qaeda has increasingly delegated operational responsibility to regional affiliatesand moved away from centralized plot planning as in the 9/11 attacks.

However, these attacks left a lasting mark on the country that is difficult to fully quantify. Two decades of wars in Iraq and Afghanistan –Biden put a definitive end to that– , Further $8 billion spent and hundreds of thousands of deaths followed a chaotic departure from Kabul and the return to power of the Taliban, the first target of the “war on terror” along with al-Qaeda.. Brown University estimates that more than 900,000 people, including civilians, have died in wars and military attacks in the past two decades.

“No matter how much time passes, these memories bring everything painfully back as if it happened seconds ago.”, Biden said nearly a year ago, two decades after the attacks.