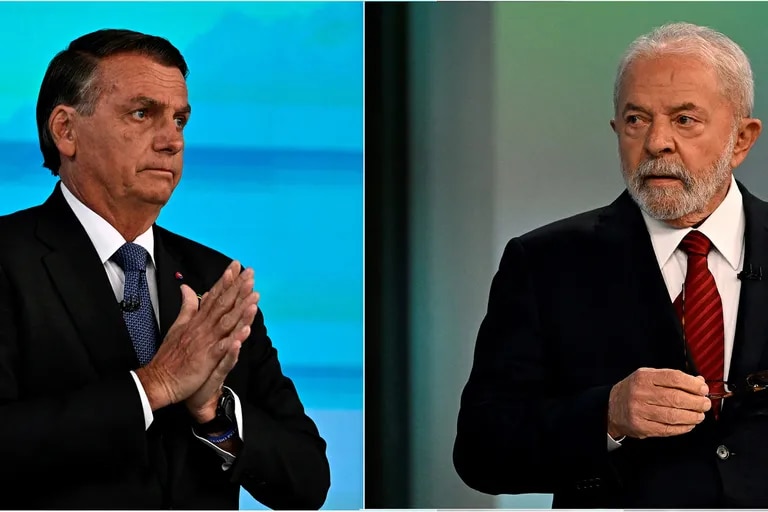 Brasilia.- Lula da Silva Maintains an advantage in voting intent At least four points for Brazil votes on Sunday As leading pollsters pointed out this Saturday. Both Datafolha and Genial/Quaest assign it 52% of valid votes for the left-wing candidate, 48% for the president. Consultant Ipec extends that distinction Up to eight points: 54% to 46%.

Most of them Polls Suggest that Lula is the favorite for a third term, capped off a remarkable political comeback following his imprisonment for bribery, which was later overturned. however, Bolsonaro has fared better than polls had predicted The first round is on October 2, and many analysts say the election could go to anyone.

Two other well-known polls this Saturday are actually a Technical tie It sets expectations high. According to a study conducted by the MDA Institute commissioned by the Confederation of National Transport (CNT), Lula will get 51.1% of valid votes, compared to 48.9% for Bolsonaro., a technical tie with a margin of error of 2.2 percentage points. MDA was the most accurate pollster in the first round.

Data from the MDA/CNT survey prompted countermeasures in both campaigns. On Bolsonaro’s appearance, he was greeted with enthusiasm. After a week marked by negative news For a candidate for re-election. On the PT side, the numbers were reduced.

In the same sense, a survey conducted by the Parana Research Institute agrees on the technical tie, with Lula at 50.4% against Bolsonaro’s 49.6%with a marginal error of two points.

Polls released during the week mostly gave Lula a wide margin. According to the numbers Datafolha On Thursday, Lula won with 49% of the vote to Bolsonaro’s 44%.

Consultant eBay Tuesday showed an advantage of 53% against 47% in favor of Lula. And according to Monday’s poll ipec The PT leader was eight points ahead of the president.

The first phase of the election will be held on October 2 Lula received 57.2 million votes (48.4%) and Bolsonaro 51.07 million (43.2%). The President’s performance in the polls has been much better than expected. The poll added tension and suspense to the campaign.

The strongest fight during the campaign was in the Southeast, where the candidates concentrated their activities and visits. According to political consultant Leonardo Barretto, “The states of Rio de Janeiro, São Paulo and Minas are Brazil’s swing states, that is, states that differ in their support and can change the election.”