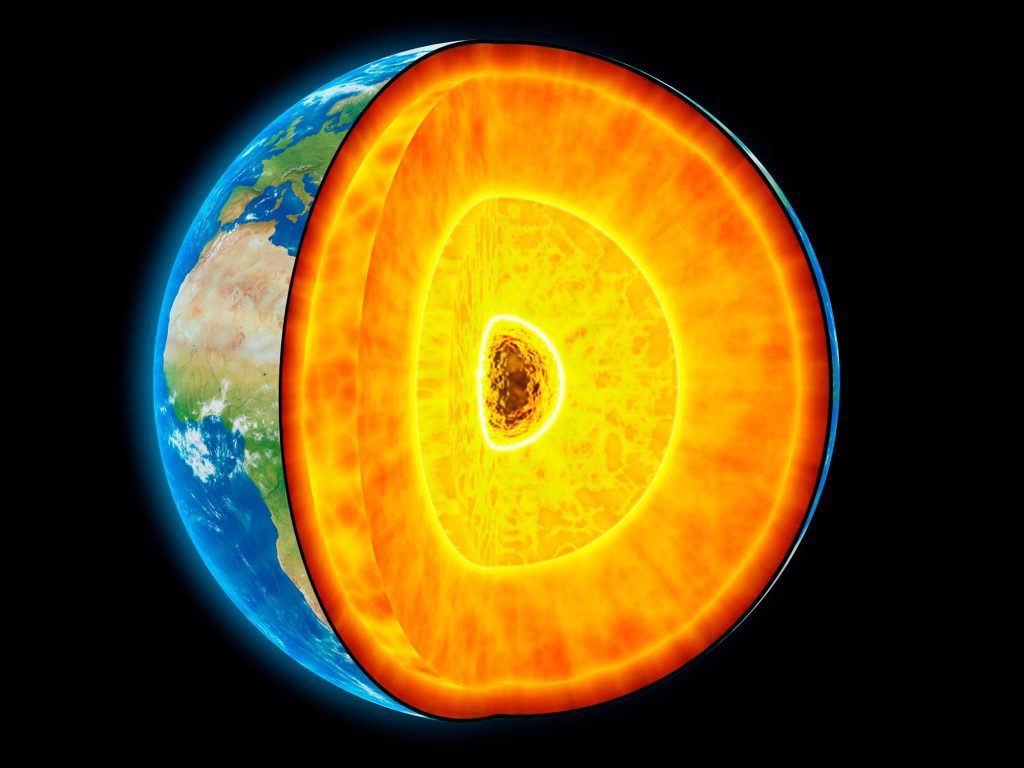 The one-second variance in the travel time of a group of seismic waves gives us an important and unprecedented glimpse into what’s going on deep inside the Earth.

The theory supports our understanding of convection in the Earth’s outer core and its function in controlling the planet’s magnetic field. Scientists have not directly observed convective fluxes or how they might change. Virginia Tech geologist Ying Zhou provides evidence for the first time.

A major earthquake rocked the Kermadec Islands region of the South Pacific in May 1997. Just over 20 years later, in September 2018, a second major earthquake hit the same location, with its waves of seismic energy emanating from the same region.

Although two decades of seismicity separated the earthquakes, because they occurred in the same region, they would be expected to send seismic waves through Earth’s layers at the same speed, said Ying Zhou, a geologist in the Department of Earth Sciences at Virginia Tech. Sciences.

The blue path shows a core-penetrating seismic wave moving through a region in the outer core, where the seismic velocity increased due to transmission of a low-intensity flux into the region. Credit: Ying Zhou from Virginia Tech

However, in data recorded at four of the more than 150 global seismic network stations that record seismic vibrations in real time, Zhou found surprising anomalies between the twin events. During the 2018 earthquake, a group of seismic waves called SKS waves moved about one second faster than their 1997 counterparts.

According to Zhou, whose results were recently published in

Blue lines are seismic rays in the outer core, where core-penetrating seismic waves moved through that region faster in 2018 than in 1997. Credit: Image courtesy of Ying Zhou

Scientists also have only been able to speculate about the source of gradual changes in strength and direction of the magnetic field that have been observed, which likely involves changing flows in the outer core.

“If you look at the north geomagnetic pole, it’s currently moving at a speed of about 50 kilometers (31 miles) per year,” Zhou said. “It’s moving away from Canada and toward Siberia. The magnetic field is not the same every day. It’s changing. Since it’s changing, we also speculate that convection in the outer core is changing with time, but there’s no direct evidence. We’ve never seen it.”

Zhou set out to find that evidence. The changes happening in the outer core aren’t dramatic, she said, but they’re worth confirming and fundamentally understanding. In seismic waves and their changes in speed on a decade time scale, Zhou saw a means for “direct sampling” of the outer core. That’s because the SKS waves she studied pass right through it.

“Something has changed along the path of that wave, so it can go faster now,” Zhou said.

To Zhou, the difference in wave speed points to low-density regions forming in the outer core in the 20 years since the 1997 earthquake. That higher SKS wave speed during the 2018 earthquake can be attributed to the release of light elements such as hydrogen, carbon, and oxygen in the outer core during convection that takes place as the Earth cools, she said.

“The material that was there 20 years ago is no longer there,” Zhou said. “This is new material, and it’s lighter. These light elements will move upward and change the density in the region where they’re located.”

To Zhou, it’s evidence that movement really is happening in the core, and it’s changing over time, as scientists have theorized. “We’re able to see it now,” she said. “If we’re able to see it from seismic waves, in the future, we could set up seismic stations and monitor that flow.”

That’s Zhou’s next effort. Using a method of wave measurement known as interferometry, her team plans to analyze continuous seismic recordings from two seismic stations, one of which will serve as a “virtual” earthquake source, she said.

“We can use earthquakes, but the limitation of relying on earthquake data is that we can’t really control the locations of the earthquakes,” Zhou said. “But we can control the locations of seismic stations. We can put the stations anywhere we want them to be, with the wave path from one station to the other station going through the outer core. If we monitor that over time, then we can see how core-penetrating seismic waves between those two stations change. With that, we will be better able to see the movement of fluid in the outer core with time.”