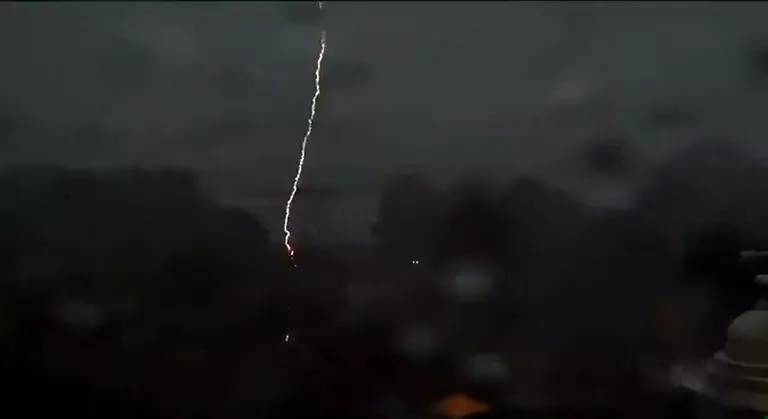 New York.- Three people were killed and one seriously injured in a severe electrical storm in Washington last night. As a result of impact Lightning around the White House.

Three of four people hospitalized after being struck by lightning in Lafayette Square, north of the White House, have died, a Washington, D.C., police spokesman said today.

Police have identified the deceased Donna Mueller75 years old, and James Mueller76, a couple of tourists Wisconsin. The condition of the other two victims is critical and the police have not been able to identify them.

A 29-year-old man was also killed, police confirmed Friday afternoon, while a fourth person is in a “critical condition.”

White House press secretary Karine Jean-Pierre offered official condolences for the death in a brief statement: “We are saddened by the tragic loss of life following the lightning strike at Lafayette Park. Our hearts go out to the families who have lost loved ones and we pray for those still fighting for their lives.

“Trees are not safe places”, Magiolo noted. “He who takes refuge under a tree, It is a very dangerous place”.

Due to the proximity of the park to the seat of the President of the United States, Among the first to rescue the victims were members of the Secret Service.

After the accident, part of the park was closed and emergency services were on site.

The National Weather Service issued a storm warning for the area last night. Meanwhile, the fire department announced this morning “There is a high chance of severe thunderstorms today” And shared tips for avoiding a “tragedy” like the one in Lafayette Park.

Lafayette Square is a public park directly north of the White House that is often packed with visitors, especially during the summer.

In the United States, an average of 23 people are killed by lightning each year. and has caused nine deaths so far in 2022.

With information from ANSA and AFP agencies.