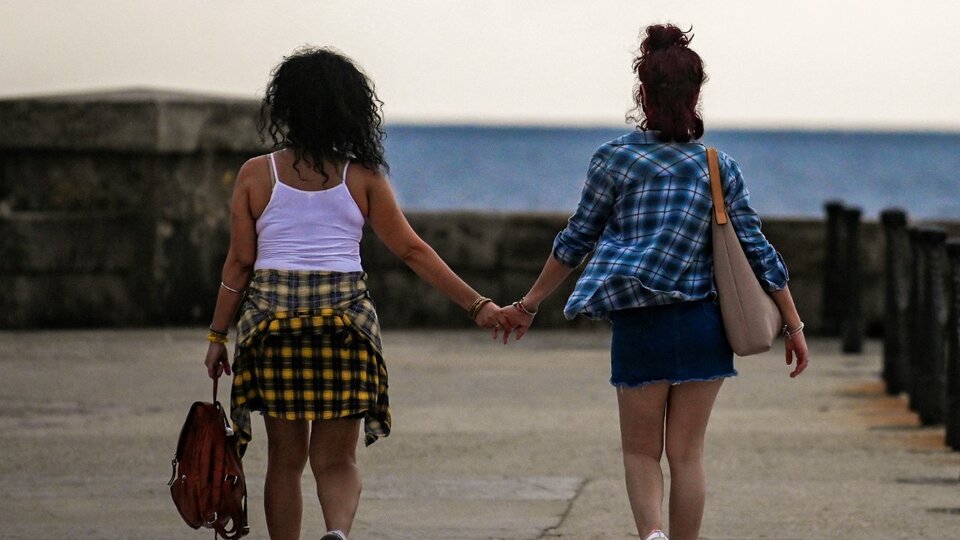 On September 25, Cuba will put the proposed family code, which includes same-sex marriage and surrogacy, to a popular vote. On the other hand, the Catholic Bishops’ Conference of Cuba this Monday rejected several points of the plan.

This program extends the rights of the LGTBIQ+ communityAmong them, Recognition of same-sex marriage, which is raised in the text as a union between two persons. The new document aims to replace the code that has been in place since 1975. Its latest version, which reached number 25, was gazetted by the Cuban Parliament on August 20 after being approved by the Assembly on July 22. previously, According to the official page of the Cuban government, the text was submitted to a popular consultation between February and April of this year with more than six million people. (representing more than half of the population) and received 62 percent approval.

“This rule was reached after a permanent search for consensus, and as a reflection of the mandate of the 2019 Constitution, whose purpose is to integrate the guarantee of all rights to all peoples, the internal coherence of the Code, among others. With the legal system of the nation and international obligations, Cuba, in the name of its people, adopted”, on the official page of the Cuban Parliament Reveals the published statement. “The Family Code offers alternatives, opportunities and options. It is a protective and reflective, inclusive symbol of current Cuban society.”He adds.

The new text of the Family Code is divided into eleven titles and 474 articles It reinforces affection and solidarity, first of all, as the axis on which family relationships are based. Families are seen as a union of people connected by emotional and psychological bonds, and in this way, affection is valued as legitimate and gender undifferentiated.

Another point Recognizing the right to care and vulnerable protection, in a fair and equitable manner, by providing special support to women who are responsible for caregiving tasks in most cases. Apart from this, the economic value of working at home and greater economic and patriotic security for those who dedicate themselves and continue to engage in this work.

Secondly, Four types of connections are established, including natural procreation, legal act of adoption, use of any assisted reproductive technique, and relationships built from social-influence., which is legally recognized. This point recognizes and judicially regulates multiparenting from or after the birth of a girl or boy.

At the last assembly held on July 22, when the final proposal was released, many representatives and disputants, and even the secretary of the assembly, Homero Acosta, were in favor of the new law and proud of advancing rights. The plan is not only from what it proposes, but also from the method of approval that involves the Cuban people through a referendum.

“We will do it because we have decided to do so in accordance with sovereignty and the Constitution. We will do it because effective popular participation is inherent in our political system. We will do it so that the people, once again, exercise their sovereignty as defined in the Constitution and express themselves freely. We will do it, Because the people have been and will be the protagonists and decision makers of the fundamental issues of the nation and this will be the true exercise of people power.Acosta was referring to the referendum to be held in December.

For its part, Vice Marilla Castro, daughter of President Raul Castro and director of the National Center for Sexuality Education (CENESEX), who has been promoting the fight for the rights of the LGBTI community for more than three decades, defined the moment as exciting and highlighted advanced ideas. That they provide treatment. “These are complex issues that create fear and conflict. But I really have to recognize that as a society we have evolved, we have enriched our knowledge of our heritage, law, rights and especially family law,” he said.

In Cuba, where the government persecuted homosexuals during the dictatorship of Fulgencio Bautista in the 1960s and 1970s and is still marked by marginalized machismo and homophobia, same-sex marriage is an issue that continues to be debated. CENESEX previously promoted same-sex marriage in a proposal for a constitution approved in 2019, which included the rights of that community. However, inclusion in the new Magna Carta was postponed due to strong opposition from evangelical churches and other social sectors.

Complaint of the Catholic Church

In a statement, the Catholic Bishops’ Conference of Cuba revealed this Monday that the introduction of the contents of “gender ideology” into law will not benefit Cuban families. “Marriage between a man and a woman, which is the natural basis of the family, cannot be displaced or distorted to give way to other legally structured forms,” ​​the document states.

Similarly, they reject same-sex adoption, multiple parenthood, the use of assisted human reproduction techniques for same-sex couples, and in vitro fertilization, a technique that allows the use of a deceased person’s sperm for fertilization.

“Every child is a gift and a decision in itself; it is a child’s right to have a father and a mother. It is unethical to recognize as adequate a so-called ‘unitary pregnancy’ in which a woman carries a child. A child in the womb for nine months should be handed over to others immediately after birth,” the statement said.