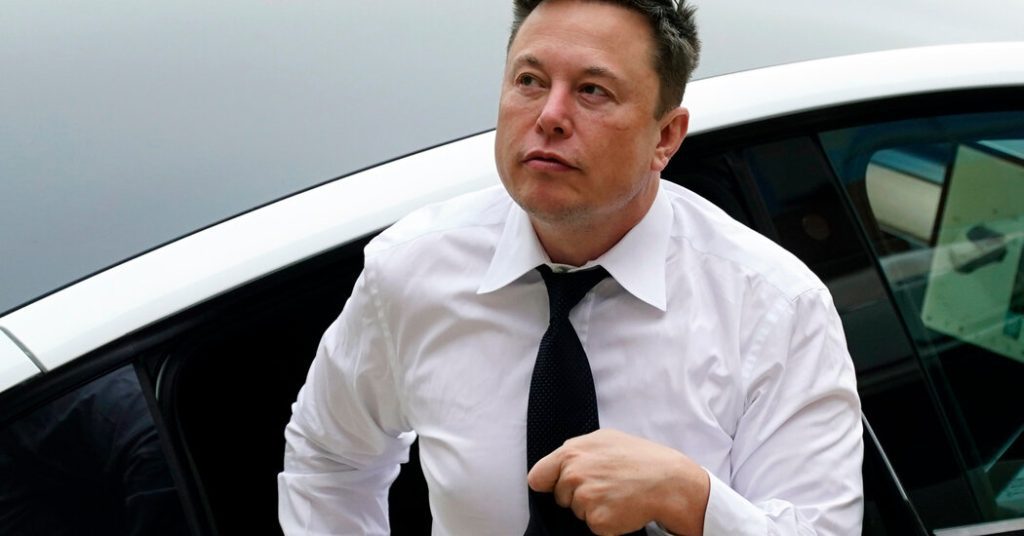 If Tesla shareholders were already concerned that Elon Musk was too distracted by Twitter’s new CEO position, they now have one more reason to be upset: Mr. Musk revealed on Wednesday that he sold another $3.6 billion in Tesla stockpossibly to support his beleaguered social network.

Mr. Musk has now sold $23 billion worth of Tesla stock this year, most of it after he pledged in April to stop selling shares to fund his Twitter deal.

He hinted at what he would do on Tuesday, saying on TwitterBeware of debt in turbulent macroeconomic conditions, especially when the Federal Reserve continues to raise interest rates. That suggests he plans to either buy back some of Twitter’s multibillion-dollar debt — including the $13 billion it took on as part of his acquisition — or possibly buy back some of the company’s stock, more likely.

None of that will reassure Tesla shareholders, who are concerned about the automaker’s share price dropping nearly 61 percent from its peak in late 2021 — and a CEO who admitted to spending almost all of his time on Twitter nowadays. Wednesday, Leo Kuguanone of Tesla’s largest individual investors, said on Twitter, “Tesla needs and deserves to have a full-time CEO.”

The decline in Tesla shares is a sharp break from the days when its rise lit up the stock market and gave the company a market value of more than $1 trillion. This year, the stock has not only lagged behind the broader market, but also more established automakers that compete more aggressively with Tesla in the fast-growing electric car business. Some investors and analysts worry that Tesla’s competitive challenges come at a time when Mr. Musk appears to be not only distracted, but may also be selling Tesla stock to support his purchase of Twitter.

Tesla shares closed up 0.6% at $157.67 on Thursday, after falling for three straight days. Adjusting for the stock split, shares briefly traded at more than $400 in late 2021.

“Twitter’s nightmare continues as Musk uses Tesla as his ATM to continue funding Twitter’s red ink,” Dan Ives, an equity analyst at Wedbush, wrote in a note to clients Thursday. Some investors are also concerned that Mr. Musk’s divisive and incendiary Twitter comments could damage the Tesla brand and put off customers, especially people who buy electric cars to reduce emissions responsible for climate change.

Some corporate boards will step in if the CEO appears distracted or overly focused on other projects, but Tesla managers, some of whom are longtime friends of Mr. Musk, It has been widely criticized by corporate governance experts because they have done little to warn or restrain it.

Meanwhile, Mr. Musk has been busy suspending accounts on Twitter. the most prominent among them ElonJet was the brainchild of Jack Sweeney, a 20-year-old college student who relied on public data to track Musk’s private jet.

The move signals a shift in Mr. Musk’s approach to Mr. Sweeney, after the billionaire – who has styled himself as a free-speech supporter – vowed not to suspend the @ElonJets account. Twitter justified the suspension of the accounts based on a change in its rules that appeared to have been put in place in the last 24 hours.

A new survey suggests that some CEOs remain wary of what Musk does on Twitter. At this week’s invitation-only Yale CEO Summit, attendees were asked to reflect on top business topics. Here’s where these leaders landed on each other: