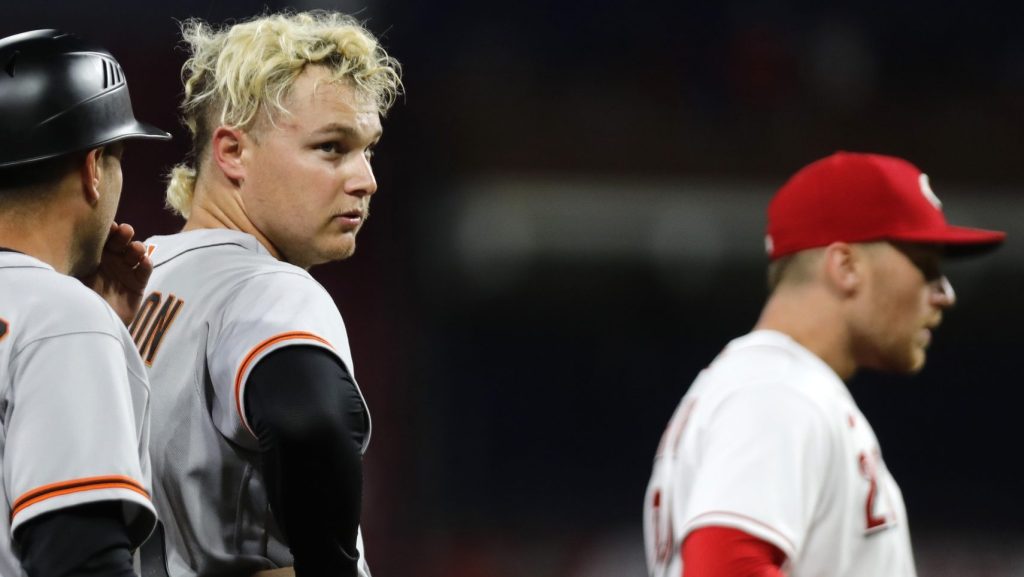 Fantasy soccer is a popular pastime in Major League baseball clubs, but a feud in Major League Baseball players led to a field battle between Cincinnati Reds’ Tommy Pham and Jock Pederson of the San Francisco Giants yesterday.

According to Pederson, Pham hit him in the face during a pre-match batting exercise, all because they had words about Pham’s accusation that Pederson broke the rules of the fantasy football league.

“We were in a fantasy world together,” Pederson said. “I put a player on the injured reserve when they were shortlisted and then added another player. Then there was a text in the group saying I was cheating because I was putting players on the bench. Then I looked up the rules and sent a screenshot of the rules, how do you say that when they are disqualified A player, you are allowed to put him in IR. That’s all I was doing. He just happened to have a player, [49ers running back] Jeff Wilsonwho was outside. He had it on IR. I said, “You have literally the same thing on your team, on your bench.” Then I think it was in two tournaments one of which was in IR and one of them wasn’t, so maybe that was the confusion, but the ESPN league we were in was on the list, so it looks good along the lines of what I did. That was basically it. There is not much more than that.”

Pham was pulled from the squad just before the match. Pederson played as usual. Several players from both teams were involved in scuffles between Pham and Pederson, but it appears that Pham’s slap was the only case of physical contact. Major League Baseball announced an investigation.

“MLB is investigating the pre-match incident involving Mr. Pham,” the MLB statement said. “Mr. Pham has agreed not to play this evening, pending the results of the MLB investigation.”