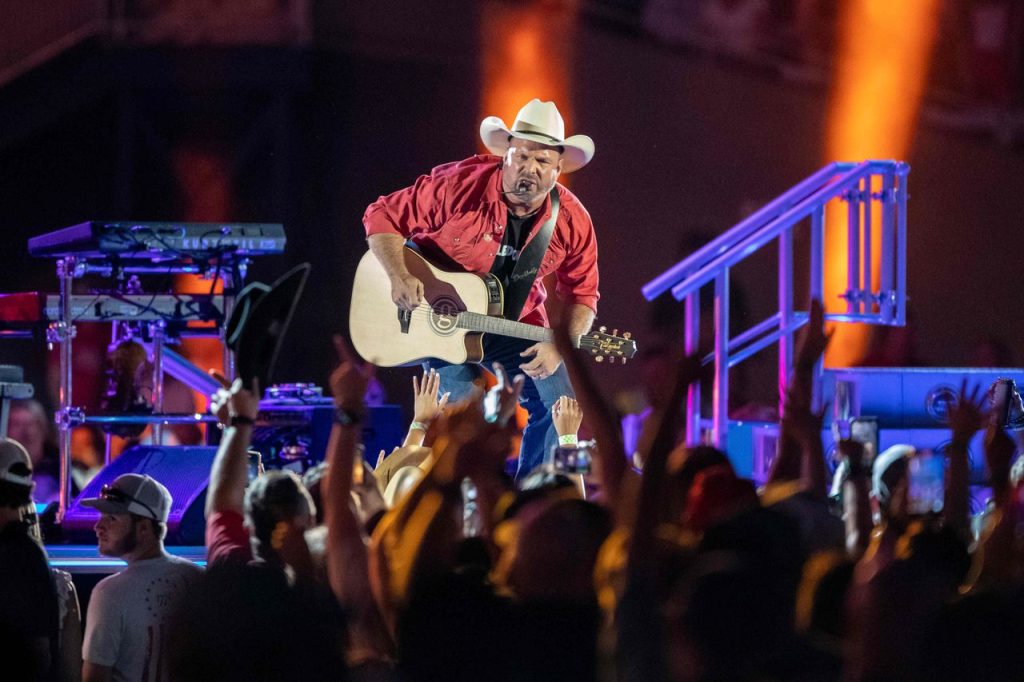 More than 45,000 people gathered at the new stadium downtown, many in boots, cowboy hats or Garth T-shirts in honor of the star on stage. Show at 7 pm, with the show starting Mitch Russellwas part of a stadium tour designed to delight Brooks fans with high-energy shows and plenty of radio hits.

Brooks said on Friday during Interview with reporters In the field. “Our goal is to get them to leave the field and love each other more than when they came in.”

Mission accomplished, apparently, audience members cheered, waved luminous cell phones and sang along with “Dance”, “Friends in Low Places”, “Two Pina Coladas”, “Callin’ Baton Rouge”, “Two of a Kind and Workin “on a Full House” and more. Brooks played for about two and a half hours with his band, showing a good amount of sweat on stage.

Brooks said the concert, which ran until about 10:45 p.m., was recorded as fodder for a live album.

Brooks, 60, is a Birmingham favourite, with a history of performances stretching back to 1992, during a tour for his ‘Ropin’ the Wind’ album. He’s played here many times over the years, most recently making several appointments in 2015 At the Legacy Arena at BJCC.

Saturday’s stadium crowd was the biggest ever for Brooks in Birmingham – one place at a time.

See photos from the concert in the gallery at the top of this post and find a full recap of the Sunday Brooks Stadium show at AL.com.