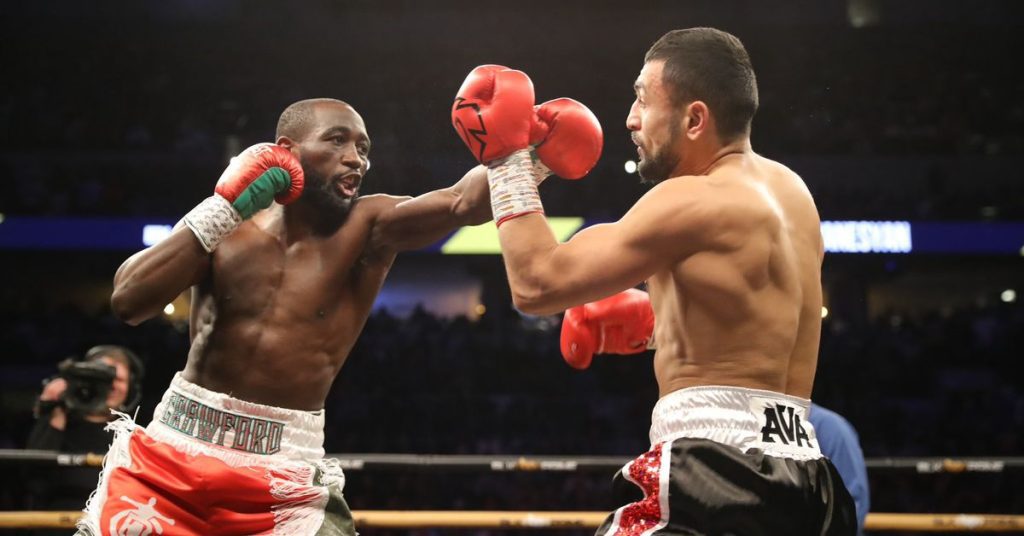 Terrence Crawford retained the WBO welterweight title and maintained his unbeaten record, knocking out David Avanesian in the final minute of the sixth round tonight in Omaha, Neb.

Crawford (39-0, 30 KO) got some good looks from Avanesyan here, but he never lost control of the match or anything. Avanesian (29-4-1, 17 KO) came in for the fight, which even bout critics knew he would, but once Crawford really turned the switch in the sixth round and started sitting on the shots, he was out of his depth – also what he expected. Match Critics.

Avanesian had some success, but in the moments starting around round four when Crawford turned up the heat a bit, his front pressure saw him stuck in the mud and at the mercy of Crawford’s superior speed and shot selection.

The knockdown was a vicious volley, and a right hook that came at the end of a combination, laid Avanesian flat to the canvas. There was no waking up there. He eventually came around and seemed to be fine.

When asked if Errol Spence Jr. would be next, Crawford only said, “I’m a free agent. That was one fight deal. Hopefully these big fights will happen in the near future.”