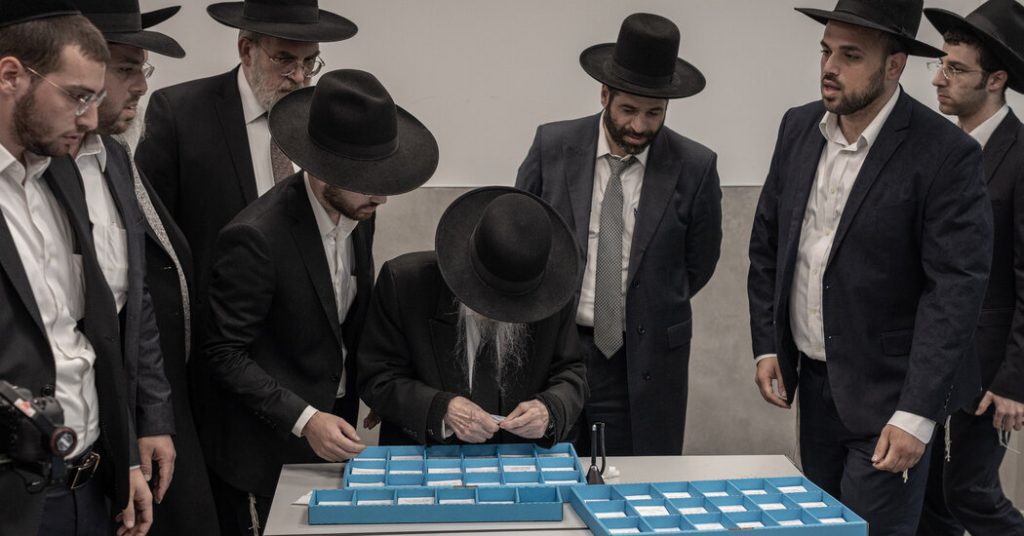 Israeli voters may be experienced after repeated elections and a stark split between the two camps for and against Benjamin Netanyahu, Israel’s longest-serving prime minister, who was ousted last year. However, by Election Day, many Israelis were still not sure which of the 40 registered parties to vote for.

“I was actually very confused this morning,” said Michel Kochar, 38, a youth councilor who voted in Tzur Hadassah, a town near Jerusalem. She said she eventually voted for Ayelet Shaked, the leader of the right-wing Jewish Home party, even though recent opinion polls have indicated that the threshold of 3.25 percent of the total votes required is unlikely to be crossed. For any party to enter Parliament.

“I didn’t do it from the bottom of my heart,” Ms. Kochar said, “and I’m not sure that’s what I really wanted.” “I would love for a woman to be prime minister, and I believe in Ayelet Shaked, but I know it won’t happen.”

In such closely fought elections, where winning or losing a single parliamentary seat could fundamentally affect the outcome, campaign strategists in both camps worry about votes being given to smaller parties that will not cross the threshold, as well as uncertainties. offered by hesitant voters.

Some voters cast what they considered a “tactical” ballot to bolster the bloc they support, by going with their heads rather than their hearts.

Dr. Idan Yaron, 67, a sociologist and anthropologist who specializes in right-wing thought and extremism in Israel, said he voted for Meretz, a left-wing party hovering just above the electoral threshold, to “strengthen the smaller parties and the left bloc.”

See also  The Russian teacher rejected the Kremlin's propaganda, then paid the price

Tomer Cohen, 46, a bus driver who supports far-right and far-nationalist politician Itamar Ben Gvir and his “Jewish Power” party, cited the country’s security and Jewish identity as his main considerations.

“I want a Jewish state and not a state for all its citizens,” he said, using a phrase that is a common refrain among many Arab politicians in Israel.

Hadeel al-Zatami, 25, a voter in Nazareth, in the north, who is Palestinian from Israel, said she was so frustrated by the infighting between Arab parties, among other things, that she seriously considered boycotting the elections. But she said in the end that she voted for the Arab-majority left-wing front list, because “our presence in the Knesset is important,” referring to the Israeli parliament.

Avi Garabli, 37, a supporter of Netanyahu in Jerusalem and who runs a construction equipment company, said he still preferred the former prime minister over others. Mr. Netanyahu’s right-wing base has remained largely loyal, despite – or even because of – his corruption trial, which many see as a deeply liberal state-made conspiracy.

Explaining the deep polarization plaguing Israeli society, Mr. Al-Gharabli said Yair Lapid, the current prime minister and leader of the anti-Netanyahu bloc, “went with the supporters of terrorism,” referring to the small Islamist party, Ra’am, which broke a historic taboo by joining to the last ruling coalition.

The voters came out despite their electoral fatigue, and most of them out of a sense of fulfilling their democratic right and duty.

“I’m so tired of elections,” said one centrist voter, Tehila Potterman, 40. Pointing to her daughter who was with her at the polling station, Ms. Potterman added, “This is her fourth election, and it’s only 5.”

More than anything, some voters were hoping for an end to the political quagmire.

“I always hope the person I vote for wins,” said Hanna Solodok, 67, of Rehovot in central Israel. “But that doesn’t always happen, and now that’s not my primary concern.”

“The atmosphere in the country is full of incitement and instability and this needs to end,” she said, adding, “We need a decisive outcome.”

Contribute to reporting Mira NovickAnd the Irit Pazner GarshowitzAnd the Gabe Sobelman And the Heba Yazbek.