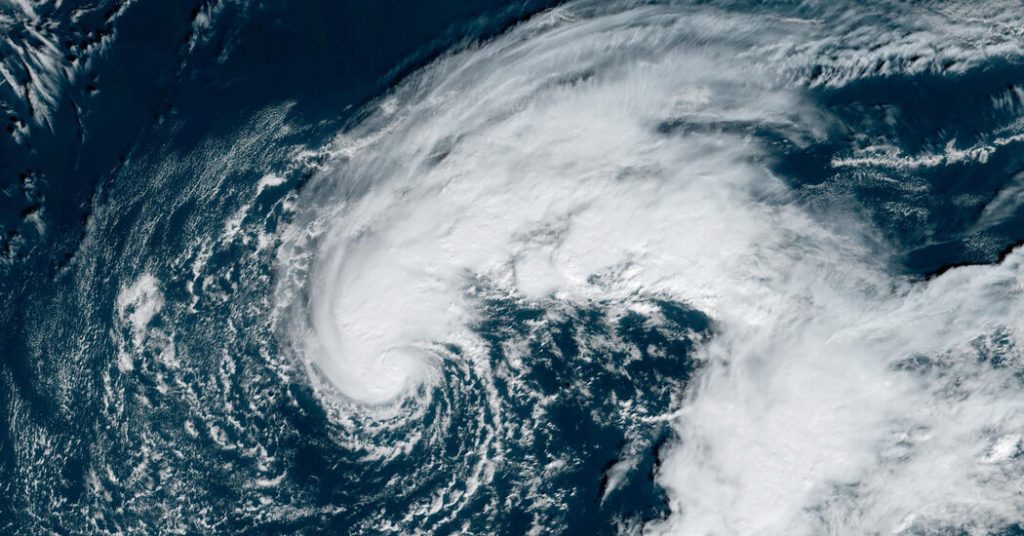 Tropical Storm Martin formed over the central North Atlantic on Tuesday, becoming the 13th storm of the 2022 Atlantic hurricane season and the second to form in two days. Forecasters said it was expected to turn into a hurricane on Wednesday.

The storm was 680 miles east-northeast of Bermuda, The National Hurricane Center said. It was moving east at 10 miles per hour and did not present an immediate landing hazard, but it was expected to turn northeast, increase its speed and could affect shipping lanes.

The hurricane center said the storm is expected to turn into a hurricane on Wednesday afternoon or night, and transition into a strong extratropical cyclone on Thursday.

A storm is given a name after it reaches wind speeds of at least 39 miles per hour.

Atlantic hurricane season, which runs from June through the end of November, It was a relatively quiet startwith only three named storms before September 1 and no storms during August, the first time this has occurred since 1997. Storm activity increased in early September with Daniel And the Earlthat formed within a day of each other. By the end of September, Hurricane Ian hit the Florida coast As a Category 4 hurricane, one of the most powerful storms to hit the United States in the past decade.

In early August, scientists at the National Oceanic and Atmospheric Administration Issue updated forecast For the rest of the season, which still requires a higher than normal activity level. In it, anticipate the season—it could see 14 to 20 named storms, with six to 10 turning into hurricanes with sustained winds of at least 74 mph.

Last year, there were 21 named storms, after Record 30 in 2020. Over the past two years, meteorologists have exhausted the list of names used to identify storms during the Atlantic hurricane season, an event that only occurred back in 2005.

The links between hurricanes and climate change are becoming clearer with each passing year. The data shows that Hurricanes are getting stronger all over the world during the past four decades. A warming planet can expect stronger hurricanes over time, and a higher proportion of the strongest storms—although the total number of storms can decrease, because factors such as stronger wind shear can prevent weaker storms from forming.

Hurricanes have also become wetter due to more water vapor in the warmer atmosphere; Scientists have suggested storms like Hurricane Harvey in 2017 It produced much more rain than it would have had had it not been for human influences on the climate. Also, sea level rise contributes to increased storm surge – the most destructive component of tropical cyclones.