The Japan Meteorological Agency (JMA) this Sunday declared a maximum alert level and mandatory evacuation of people near the ‘Sakurajima’ volcano, which erupted at 8:05pm (local time).

volcano, One of the hottest in JapanLocated in Kagoshima Prefecture, South West of the countryAnd now there are no records of injuries during the explosion.

however, Officials have decided to declare a maximum alert level of 5After warning that the volcano was spewing volcanic rocks 2.5 km away, according to Japanese public network NHK.

The moment the volcano erupted. The video was recorded on July 17

According to local media, this is the second time the JMA has issued a Level 5 alert for volcanic eruptions across the country. In 2015 it was issued to Kuchi-Nagarabujima Island in Kagoshima Prefecture, and was the second time since the eruption alert level was introduced in 2007.

The nearest residential area, the city of Kagoshima, is across the bay from the volcano and three kilometers away, but people may still be ordered to evacuate.

Video footage of the eruption on Sunday showed what appeared to be red projectiles streaming down the flanks of the volcano, with the red projectiles billowing out in smoke that was difficult to see in the dark, Reuters reported.

Before the eruption, it was in the third stage, which prohibits entry into the mountain. “The residential areas of Arimura City and Furusato City, which are three kilometers from the Sakurajima Summit Crater, should be on high alert.”JMA

According to Kagoshima City, both cities have 77 residents. There were no immediate reports of damage, according to public broadcaster NHK.

Japan has dozens of active volcanoes and so-called volcanoes Pacific “Ring of Fire”Much of the world is prone to earthquakes and volcanic eruptions.

The volcano erupted during a football match.

Sakurajima is one of the most active volcanoes in Japan, and eruptions occur frequently in varying stages, making it a major tourist destination. In 2019, it spewed ash to a height of 5.5 km.

Sakurajima used to be an island, but due to previous eruptions it is now connected to a peninsula.

The January 11, 1914 A violent eruption ensued, ending the volcano’s century of inactivity. 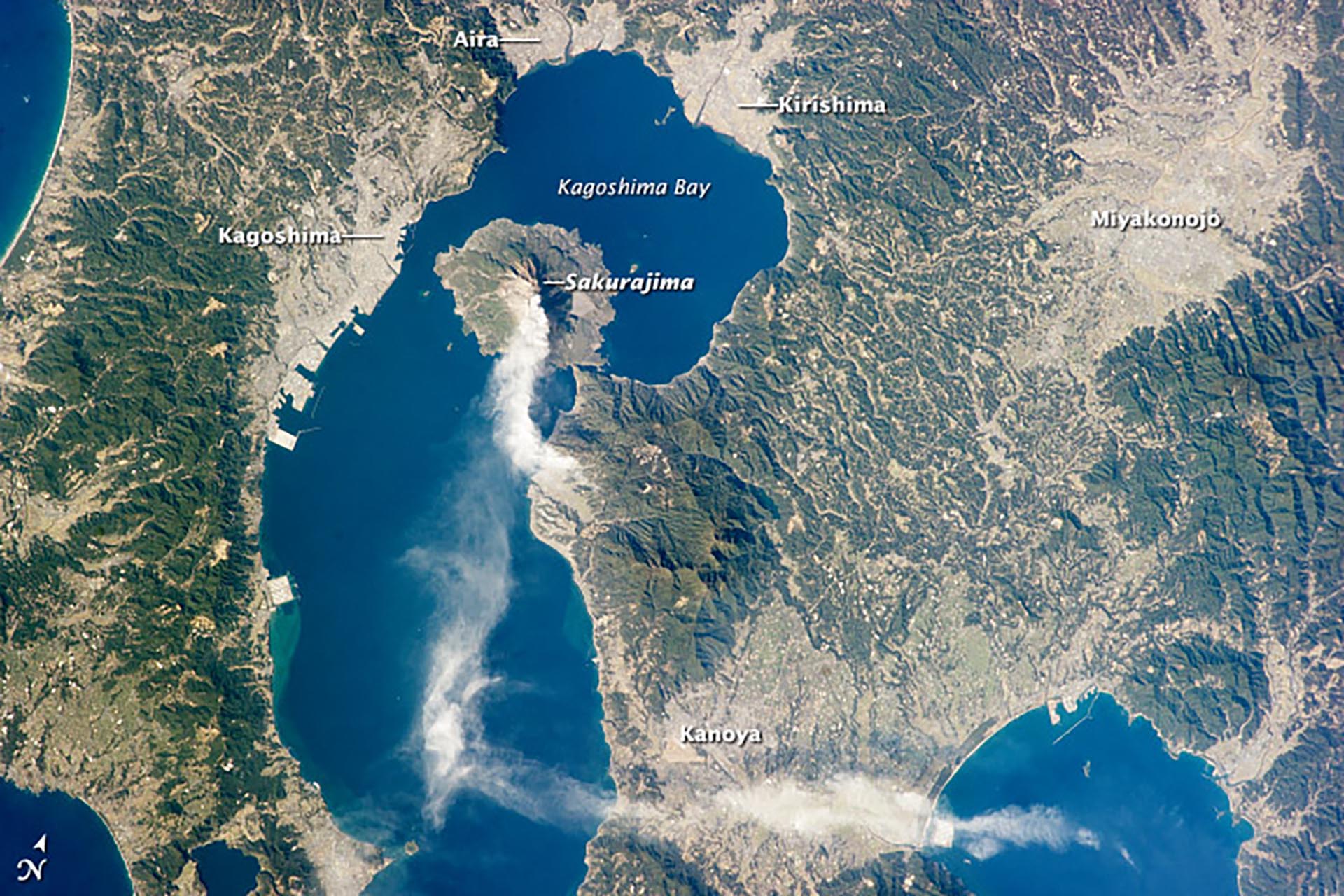 Satellite image of the plume of smoke released by Sakurajima’s activity.

The giant resumed its activity 1955, and has been exploding almost continuously ever since. Every year there are thousands of small eruptions that send ash several kilometers high. In 1960 The Sakurajima Volcano Observatory was established to monitor and study eruptions.

One of the reasons for the establishment of this company was to take care of the inhabited area located some distance from the volcano. The city of Kagoshima has multiple evacuation routes and shelters in place in case of an event like the one recorded today.

The March 10, 2009 The volcano erupted and ejected tongues of lava and ash through its crater, causing no personal injury. In 2010 breaking its record for annual outbreaks (exceeding 548 in 2009); Some of them ejected objects almost 5 kilometers high.

See also  Punta del Este: After fears that it would not be completed, Trump Tower opens with an investment of more than 100 million US dollars

Images of the moment one of Japan’s major volcanoes, Aso, erupted
A violent eruption of an underwater volcano caused a tsunami off the coast of Tonga