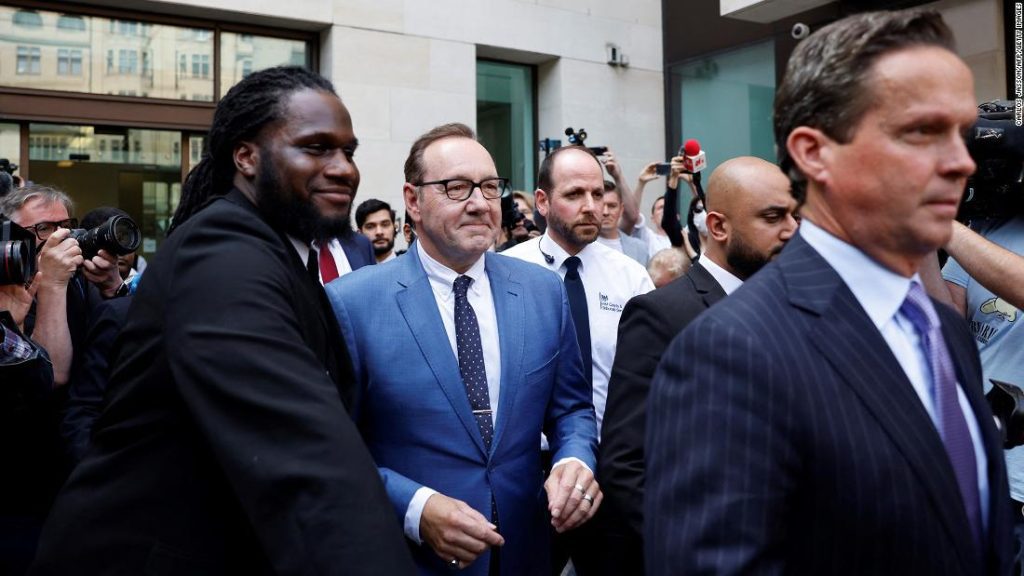 Spacey spoke to confirm his name, date of birth and London address during a brief procedural hearing, with a July 14 date set for his next hearing.

He was released on unconditional bail after his lawyer told the court that he would need to return to the United States between court dates to work and see his family.

Last month, the 62-year-old “House of Cards” actor was charged with four counts of sexually assaulting three men, along with a fifth count of causing a person to engage in penetrative sexual activity without their consent.

Spacey’s lawyer told the court he “strongly denies” all allegations of criminality.

The actor appeared at Westminster Magistrates’ Court in a light blue suit, dark tie and glasses on Thursday, and was met by a large crowd of reporters and photographers.

The charges he faces include two counts of sexual assault of a man in London in 2005. A third count of sexual assault, also in London, against a different man in 2008; and a final count against a man in Gloucestershire, western England in 2013. The fifth count of non-consensual intrusive activity also relates to the 2013 incident.

The British Metropolitan Police said the alleged victim of the 2005 incidents is now in his 40s, while the two men allegedly involved in the 2008 and 2013 incidents are in their 30s.

Britain’s Public Prosecution Service cleared the charges against Spacey in late May, but the charges were not formally enforced until Monday, when he was in the UK.

Spacey has won two Academy Awards for his roles in The Usual Suspects and American Beauty, and was artistic director of London’s Old Vic Theater from 2003 to 2015.

He also starred in the Netflix political series House of Cards, returning to acting last year.