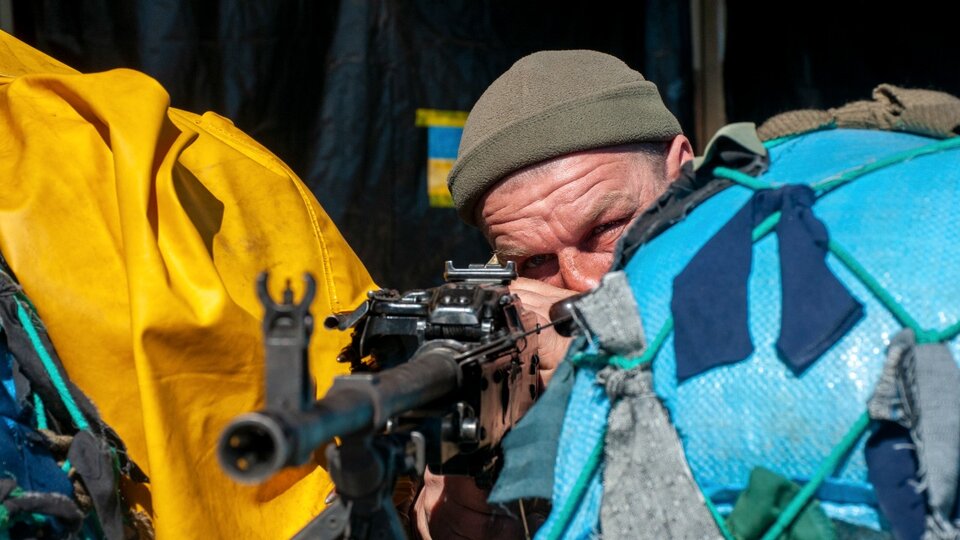 kyiv, under curfew, is determined to resist the advance of Russian troops maintaining a strong siege on Mariupol. The city in southeastern Ukraine was hit by two “super powerful bombs” on Tuesday, local officials said. U.S. President Joe Biden fears that Moscow could go too far if it seeks chemical or biological weapons.. Western powers, reluctant to engage directly in the conflict, announced on Thursday that they would strengthen sanctions against Russia, a Russian government spokesman said. Dmitry PeskovSaid Your country has not yet achieved any military objectives in Ukraine.

Sandbags blocking some access, anti-aircraft sirens and distant explosions are part of a routine scene in the Kiev region, with large numbers of its 3.5 million people displaced by the invasion that began on February 24. All shops have been closed following the curfew orderThe third from the beginning of the war, and The order was for everyone to stay home and go to the shelters as soon as the sirens started ringing.According to the mayor and former boxing world champion Vitaly Klitschko.

“We will die in bad condition, but we will never give up.”Klitschko told the European Council in comments. Maxim Kostetsky, a 29-year-old lawyer from Q, sees the curfew order as a break. “We do not know if the Russians will try to encircle the city, but we feel very safe and confident,” said a member of the volunteer unit.

At least one person has been killed in a drone strike on a kyiv science institute This Tuesday, official sources point out. Military rescuers removed a body covered with plastic sheeting from a seven-story building where the Institute of Superhard Materials is located in the northwest of the capital.

In Mariupol the situation has been worse for a few weeksIn the southeast of the country, More than 200,000 people are left without water and electricity. The city is an important plaza because it serves as a bridge between Russian forces in the Crimea and the Moscow-controlled areas in northern and eastern Ukraine.

Humanitarian routes have been in place for several days to evacuate the besieged population, but the situation remains pessimistic and Human Rights Watch describes the city as a “frozen hell full of corpses and destroyed buildings.” “Two powerful bombs fell on the city”He pointed to local authorities without providing any immediate backlog.

According to the Ukrainian government, the outlook is also important in Gershon, The south of the country and occupied by Russian soldiers, where nearly 300,000 people go without food and medicine. “The humanitarian situation is deteriorating rapidly. Newborns and critically ill patients pose a particularly vulnerable population,” the Ukrainian Foreign Ministry said in a statement.

The United Nations says 953 civilians have been killed, 78 of them children, since the war began. But the actual number could be “significantly higher” due to delays in verification and lack of data from key areas such as Mariupol.

One of the actors who volunteered to mediate the conflict Pope Franciswho He had a telephone conversation with Ukrainian President Volodymyr Zhelensky, To remedy the situation in the country. On Twitter, Zhelensky wrote on Twitter, “We appreciate the role of the Holy See in mediating the end of human suffering in Ukraine.”

According to the Kremlin spokesman Dmitry Pesco, the talks between the two sides should be “more energetic and substantial.” When, The United States and its European allies on Thursday announced further sanctions against Russia. This will be within the framework of US President Joe Biden’s visit to Europe. On Thursday he will attend an extraordinary NATO summit and G7 summit in Brussels.

Biden promised It is “clear” that Russia is considering the use of chemical and biological weapons in Ukraine. He warned of “severe” retaliation from the West if it decided to do so. “His back is against the wall,” Biden said of Russian President Vladimir Putin, recalling Russia’s recent accusations that the United States had stockpiles of chemical and biological weapons in Europe.

Russia intends to use nuclear weapons

In parallel, the Russian government spokesman, Dmitry PeskovHe said Tuesday that his country Contemplates the possibility of using nuclear weapons in the face of a “threat to existence.”. In an interview with the American channel CNN, Peskov asked when the Kremlin would use its nuclear capabilities under any circumstances, saying, “If there is an existential threat, it may be.”

The possibility of unleashing a nuclear conflict leading up to World War III is one of the most frequently used arguments by the US government to rule out direct involvement in the war in Ukraine. Although China, France, the United Kingdom, India, Pakistan, Israel and North Korea all have nuclear weapons, Russia and the United States are the two largest nuclear powers.

In the same interview with CNN, Peskov admitted that Putin “has not yet achieved” any of his military goals in Ukraine.He promised that military action in the Slavic country would take place “in strict accordance with pre-determined plans and goals.”

See also  Mexico will protect Paola Schietekat; He was convicted of sexual abuse in Qatar and sentenced to flogging and imprisonment