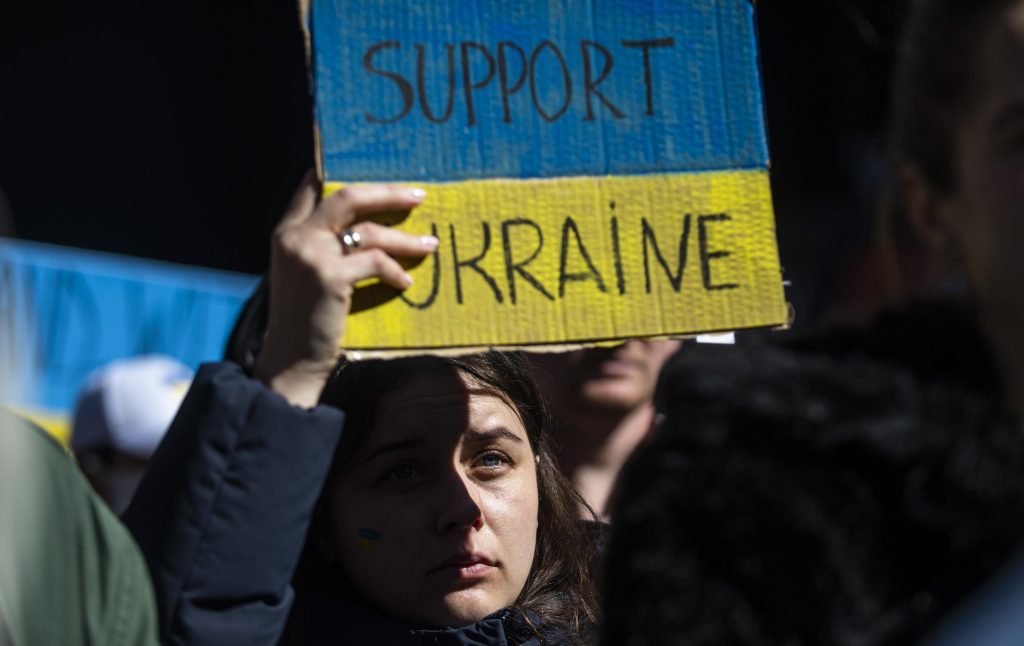 The latest news of the Russian invasion of Ukraine:

The tech billionaire announced on Twitter in response to a tweet from Ukraine’s Minister of Digital Transformation that while Musk is trying to “colonize Mars”, Russia is trying to occupy Ukraine. And Secretary Musk demanded to provide his country with Starlink stations.

In his response on Saturday, Musk said: “Starlink service is now active in Ukraine. More terminals are on the way.”

Starlink is a satellite-based internet system that SpaceX has built for years to provide internet access to underserved areas of the world. It markets itself as “ideally suitable” for areas where Internet service is unreliable or unavailable.

UNITED NATIONS – The International Committee of the Red Cross said it is aware of requests from Ukraine’s ambassador to the United Nations and others to return the bodies of Russian soldiers killed in the fighting in Ukraine, but does not have numbers.

Ambassador Sergei Kislitsia tweeted on Saturday that Ukraine had appealed to the ICRC to “facilitate the return of thousands of bodies of Russian soldiers” killed during its invasion of Ukraine. The attached chart claimed that 3,500 Russian soldiers were killed.

Kyslytsya tweeted that parents in Russia should have the opportunity to “bury them with dignity.” “Do not let (Russian President Vladimir) Putin hide the scale of the tragedy,” he urged.

Letitia Courtois, permanent observer of the International Committee of the Red Cross to the United Nations, told The Associated Press on Saturday night that the current security situation “is a major concern and limits our teams on the ground” and “therefore we cannot confirm the numbers or other details.”

“The ICRC can act as a neutral mediator” on the return of bodies and other humanitarian issues during the conflict, including clarifying the fate of missing persons, reuniting families, and advocating for the protection of detainees “within its means,” she said.

The Department of Special Communications and Government Information Protection warned that the explosion, which it said resembled a mushroom cloud, could cause an “environmental disaster” and advised residents to cover their windows with a damp cloth or gauze and to drink plenty of fluids.

The chief prosecutor of Ukraine, Irina Venediktova, said that Russian forces were unable to control the city of Kharkiv, where a fierce battle is taking place.

The city of 1.5 million is located 40 kilometers (25 miles) from the Russian border.

GENEVA – The United Nations said it has confirmed at least 240 civilian deaths, including at least 64, in the fighting in Ukraine that has erupted since Russia’s invasion on Thursday – although it believes the “real numbers are much higher” because many reports about The casualties are still uncertain.

The United Nations Office for the Coordination of Humanitarian Affairs relayed the statistic late Saturday from the United Nations human rights office, which has rigorous verification methodologies and procedures for casualties from the conflict.

The Office for the Coordination of Humanitarian Affairs has also said that damage to civilian infrastructure has left hundreds of thousands of people without access to electricity or water, and has produced a map of Ukraine’s “humanitarian situations” – mostly in northern, eastern and southern Ukraine.

Early Friday, the Human Rights Office reported a preliminary count by its staff of at least 127 civilian casualties – 25 killed and 102 injured – mostly from shelling and airstrikes.

A statement issued by the presidential palace, in a telephone conversation on Saturday, said that Macron condemned the “dangerousness of the decision that would allow Russia to deploy nuclear weapons on the territory of Belarus.”

Macron told Alexander Lukashenko that the brotherhood between the peoples of Belarus and Ukraine should push Belarus to “refuse to be Russia’s vassal and partner in the war against Ukraine,” the statement said.

A senior US defense official said Belarus was one of several hubs Russia has used to launch attacks on Ukraine, with Belarus preparing to move toward the capital, Kiev.

Macron has doggedly sought to try to implement a ceasefire amid the war, using the phone to talk to all sides, diplomacy and EU sanctions.

MOSCOW (Reuters) – Russia is closing its airspace to planes from Lithuania, Latvia, Estonia and Slovenia, a move that comes as Moscow’s relations with the West plunge to new lows due to its invasion of Ukraine.

Russia’s state aviation agency, Rosaviatsiya, announced early Sunday that the measure was taken in response to the four countries closing their airspace to Russian aircraft.

On Saturday, the agency also reported the closure of Russian airspace to aircraft from Romania, Bulgaria, Poland and the Czech Republic in response to their reciprocity.

WASHINGTON – The United States, the European Union and the United Kingdom agreed on Saturday to ban “select” Russian banks from the global financial messaging system SWIFT and impose “restrictive measures” on its central bank in response to its invasion of Ukraine.

These measures were jointly announced as part of a new round of financial sanctions aimed at imposing heavy costs on Russia for the invasion.

European Commission President Ursula von der Leyen said she would also pay the bloc to “paralyze the assets of the Russian Central Bank” until its transactions are frozen.

Cutting many commercial banks off from SWIFT, she said, “will ensure these banks are disconnected from the international financial system and harm their ability to operate globally.”

As a third measure, she said, the EU would “commit to taking measures to curb the sale of citizenship – so-called golden passports – that allow wealthy Russians linked to the Russian government to become citizens of our countries and gain access to our financial systems.”

COPENHAGEN – Two of its self-employed workers were injured when the car in which they were traveling came under fire near the village of Oterka in eastern Ukraine, Danish newspaper Ekstra Bladet said.

Extra Bladet said the reporter and cameraman were taken to a local hospital, adding that their injuries did not pose a threat to his life. The newspaper was working with a security company to evacuate journalists.