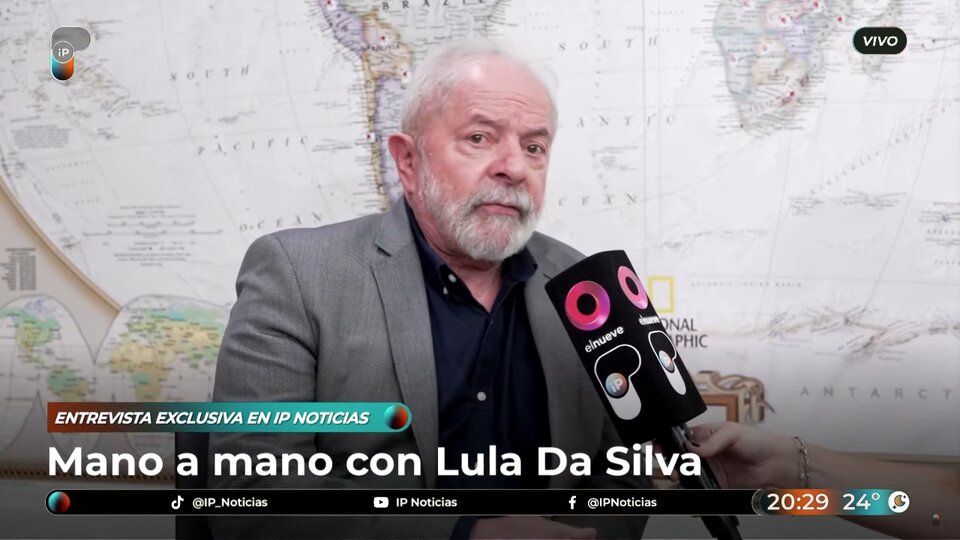 Former President of Brazil Lula da Silva, He was “proud” of their call to take action next Friday, December 10, Human Rights Day and Democracy Day. PT President will co-chair the ceremony with the President of Argentina and Cristina Kirchner. In conversation with IPHis presence will be “an act of gratitude to Alberto Fernandez who was so supportive when he met me in prison and I will never forget him,” Lula said.

Same Wednesday, Vice President Christina Kirschner Posted an emotional video on their social networks to invite all Argentines and Argentines approach May Plaza Next Friday. From La Rosada, they warn that this will not be a discriminatory act, but rather a cultural festival with bands and aimed at all people.

In addition, from Sao Paulo, Lula urged the IMF to “do not suffocate” Argentina., In connection with the loan renegotiation undertaken by the Government of Alberto Fernandez. “There should be a good deal. The International Monetary Fund should be allowed to rescue Argentina,” the former president said.

In that sense, it is possible Argentines need to be “very patient” to see an economic recovery, he said. He acknowledged that “there are no Brazilians or Latin Americans who do not know the significance of Argentina on the continent from a political, cultural and social point of view.”

He added: “In particular, I have respect for Argentina, because I do not think Brazil can grow without its allies. Together we can be strong. “

“I believe this is the second wave of progressive governments.”

The Labor leader noted the current political situation in the region and promised: “I believe this will be the second wave of progressive governments in South America. When was the best economic, political and social moment in South America? He said.

Commenting on the appearance of far-right Jose Antonio Castin in Chile, he said: “Despite these difficulties, I think this is the moment when people realize that progressive governments are committed to the poor. No, I can understand how 9 million people in Brazil are hungry. Because of the qualifications, it is difficult to deal with.

In addition, he proposed the possibility of having a woman with him in the formula if he were to run against Jair Bolsanaro in the presidential election in October next year.

The former Brazilian president will have a political, institutional and trade union agenda during his visit to Argentina, which will officially begin next Friday, October 10, according to the former president’s press office in Sao Paulo.

Lula will meet with President Alberto Fernandez on Friday at the Government House, after which he will receive the Asusina Villar Award for Human Rights Defenders, established in 2003 by former President Nestor Kirschner.

Lula will be honored for her struggle against Lafarge, who abused justice to achieve political and illegal ends.

Meanwhile, on Saturday, the former metallurgical unionist will hold a meeting with the leaders of the General Confederation of Labor (CGT) and the Central de Trabajadores Argentinos (CTA).

See also  Elections in Venezuela: Chavismo strengthens his power with a broad victory | Won in 20 of 23 states