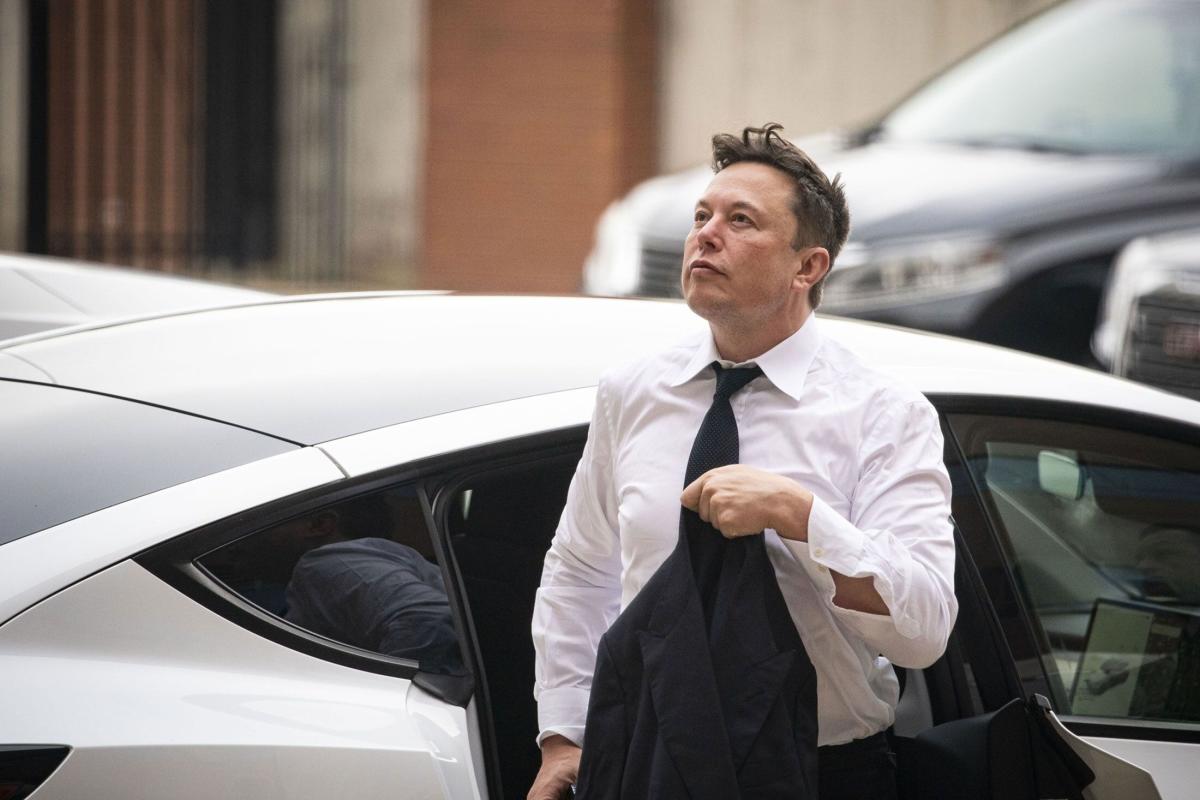 (Bloomberg) — Elon Musk has said again that he will stop selling shares of Tesla Inc. , after the disposal of nearly $40 billion of his holdings helped send the stock to its lowest level in two years.

Most Read from Bloomberg

“I’m not going to sell the stock until — I don’t know — maybe two years from now, certainly not next year under any circumstances, probably not next year,” Musk said during a live audio chat on Twitter Spaces late Thursday. Tesla shares fell 3.5% shortly after the start of regular trading on Friday.

Musk made similar statements in April and August, only to go on to sell more stock to help fund his purchase of Twitter Inc. While his response to a question from longtime investor Ross Gerber may have reassured investors about one element hurting Tesla shares, it offered a pessimistic view of the economy next year.

“I think we’re in a recession, and I think 2023 is going to be a very serious recession,” said the Tesla CEO. “It will, in my opinion, be similar to 2009. I don’t know if it will be a little worse or a little better, but I think it will, in my opinion, probably be comparable. That is, the demand for any kind of discretionary optional items, especially if It was an expensive item, it will be less.”

Tesla has had a rough end to the year, the opposite of the “saga” Musk had predicted. The electric car maker has slashed prices and cut production in China, and Musk has repeatedly criticized the Federal Reserve for raising interest rates. And his sometimes conniving, often politically charged tweets have upset some consumers. To boost year-end sales in the US, the automaker turned to generous incentives.

After a five-day losing streak and declines in 12 of the last 14 sessions, Tesla’s market capitalization fell below $400 billion for the first time since November 2020. Musk said Thursday that he has raised cash from stock sales in preparation for the “worst case scenario.” And that the moves reflect his fear after he suffered two major recessions.

In a wide-ranging conversation that lasted more than an hour, the billionaire said he would prefer to buy back Tesla shares once the company is more confident in the direction of the economy. Musk also disputed criticism that he spends too much time on Twitter and not enough on Tesla.

“There isn’t a single important Tesla meeting that I’ve missed this whole time, so it’s not like I’m completely missing out on work,” he said, adding that Tesla is many times more complex than a social media company.

Musk also said he aims to start producing “meaningful volume” of lithium within two years at a refinery being built in Texas for use in Tesla electric batteries.

“My last words are that there’s stormy weather coming,” Musk said while exiting the Twitter Spaces session. “But then the sun will rise after that.”

— With assistance from Dana Hull and Craig Trudell.

Most Read by Bloomberg Businessweek