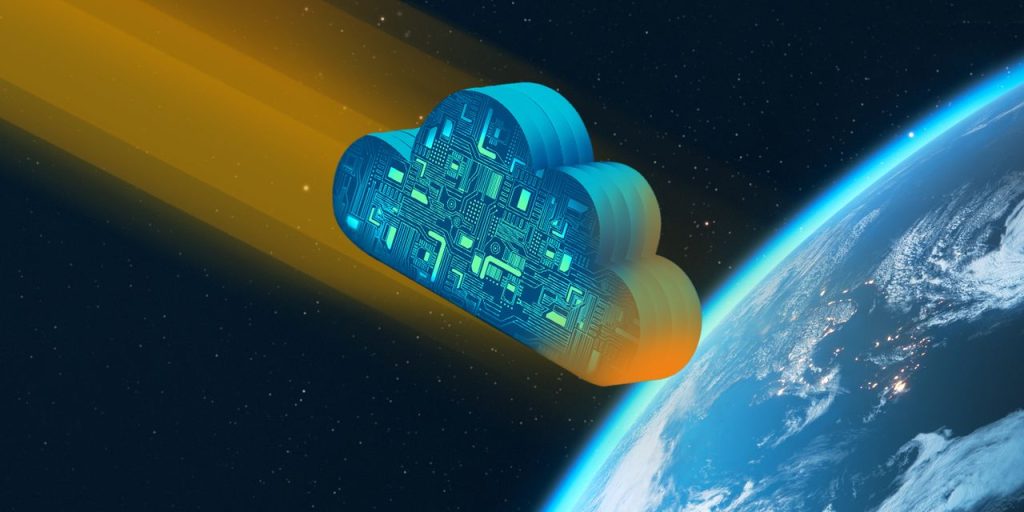 The cloud boom has finally reached a precarious height, but Wall Street is doing nothing but rest.

It was suggested with their earnings reports earlier in the week: Cloud computing growth has finally reached a stage of stabilization, as companies around the world cut costs to cope with a slowing economy. Amazon Web Services, the backbone of Amazon’s earnings, Revenue experienced its slowest growth In the minutes, executives said it will slow down even more.

“At the back end of the quarter, we were in a 20% mid-growth range, so carry that forecast into the fourth quarter — we’re not sure how that will happen, but that’s our assumption overall,” Amazon Chief Financial Officer Brian Olsavsky told analysts after reporting the Quarterly growth of 27.5%.

It was a sharp slowdown for AWS, which posted 33% growth in the second quarter, 37% growth in the first quarter, 37% in the fourth quarter of 2021, and 39% growth a year ago. It shouldn’t come as too surprising, although smaller rivals reported a similar slowdown earlier in the week.

Microsoft’s Azure cloud business grew 35% in the first quarter of the fiscal year, down from 40% in the previous quarter and 50% a year earlier, and executives expected another five percentage point drop this quarter. Alphabet’s Google Cloud is slowing, too, although it has been a bright spot for double-digit growth. Disappointing quarter of Internet advertising and search giant. Google’s cloud services grew 37.6% in the third quarter, up from 35.6% in the second quarter, but down from 43.8% in the first quarter, and 44.6% in the fourth.

Regular readers of this column shouldn’t be surprised either We expected three months ago (maybe too soon) that a slowdown was about to happen. Probably It should have happened in 2020However, the COVID-19 pandemic has caused companies to rush to boost their cloud services, as remote work has suddenly led to the move to the primary cloud for many businesses.

Lately, though, the largest companies with more complex workloads have been shutting down or delaying major projects, slashing their spending on the cloud computing power they would have needed to support the heme.

Maribel Lopez, principal analyst at Lopez Research, said: Join MarketWatch in anticipating a slowdown in cloud spending earlier this year. “One is about reining in the Wild West and rationalizing the spending that businesses have done during COVID to keep the lights on,” leading to the cuts we see now. Second, recent waves of cloud workloads by industries still slowly moving to the cloud — such as government, healthcare, and education — “are the most complex, time-consuming and challenging to move to the cloud quickly.” Finally, there is a general fear related to the macroeconomic environment, which leads to cuts anywhere executives can find them.

Wall Street’s reaction was swift and forceful, with more than $300 billion of market value torn away from Microsoft and Amazon just this week, if Amazon’s sharp decline continues into Thursday’s after-hours session. But this is where thinking about a longer-term view helps: Just because cloud growth is declining doesn’t mean the technology is still not fundamental to the future.

See also  Could there be a deficiency? Inflation, supply chain issues still exist

Microsoft and Amazon will continue to develop and sell their cloud computing offerings, and they’ll see good margins on it. Google continues to invest in its cloud business, adding 2,000 new employees with its acquisition of Mandiant last quarter, and executives said this week that businesses and governments are still in the early days of public cloud adoption.

“We are pleased with the momentum in Cloud, and remain excited about the long-term opportunity,” Alphabet Chief Financial Officer Ruth Porat told analysts this week.

Many analysts agree. “The shift to the cloud is still less than 50% compromised,” Dan Ives, an analyst at Wedbush Securities, said this week in a note about Microsoft. Growth is slowing as inflation continues and a strong dollar outside the US hits the revenue lines of many tech giants, causing many companies to stop spending, but this is a short-term problem.

Moving to a cloud provider is not for the faint of heart, but rather a transition that in some cases takes longer than expected. The same goes for investing in the cloud for the long-term, even with some pain now. It remains a large and important part of the technology sector, an essential business that has enabled companies to continue to operate around the world during the pandemic. Whatever the future growth rate, the cloud is here to stay.