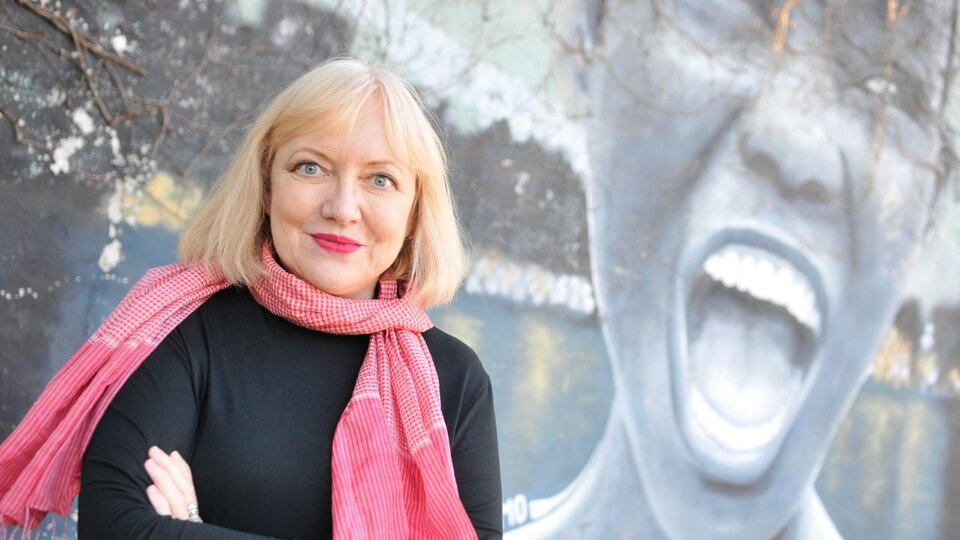 Curiosity is like an open door that invites you to enter. Slovenian philosopher and sociologist Renata SalekAn intrepid enthusiast who combines diverse knowledge with a keen ability to achieve depth and accuracy, he launched Vision. Wisdom is increasingly devalued in this “mass information” world. He realized that the concept of ignorance needs to be rethought to explore the important role it plays in everyday life or in the face of traumatic events that should be left “only in the past”. In Passion of ignorance, Saleh’s fourth book published by Godot Publishing, reveals that the death of his paternal grandfather, who was assassinated by the Communists in 1946 during his childhood, was simply not talked about. was invited to Publishers Fair (FED), which will take place this Friday to Sunday, the Slovenian philosopher and sociologist admitted in an interview. Page 12 He wants to find his grandfather’s bones.

French psychoanalyst Jacques Lacan used the term “passion for ignorance” taken from Buddhist literature, Salecl recalls, to describe how his patients went to great lengths not to admit the cause of their suffering, even though most came to him and said they wanted to understand. “The ignorance of this time is related to the way we receive information,” emphasizes the philosopher, sociologist and legal theorist, researcher at the Criminology Institute of the Faculty of Law of the University of Ljubljana and professor at Birkbeck College. University of London. “Each time we collect less information from authors or scientists and more information from new social networks, for example from influencers who share their opinion without sharing their knowledge. Thus we create a kind of fantasy of knowledge, but our world, however, is limited”, adds the author Suffering (2018), his first book translated into Spanish; The pleasure of transgression (2019) and The tyranny of choice (2022)

The danger of fake news

In one section of “The Passion of Ignorance,” you point out that what unites people today is not a blind eye to the truth, but an ignorance of what is true and what is not. What are the consequences of not being able to distinguish truth from fake news?

-There are two problems: the first is that we are less interested in knowing what is actually true; We have a relative opinion and everything is open to interpretation. There are people who believe that the war in Ukraine is not real. Or there are movements that maintain that they don’t believe Covid exists and everything related to the virus is invented and part of fake news. There are also climate change denial movements; A growing number of people believe the Earth is flat in America. Today everyone is able to create their own truth. The second problem is related to fake news and conspiracy theories, which are used to manipulate people, keep them in doubt and create conflict in society. This divides people. An example is what happened in the US in the last elections; How Russia Used Some Fake News to Create Conflicts in American Society There are many countries that use fake news as a political tool, which represents a huge risk. You can also mention what happened in Europe with Brexit; How what people thought was manipulated and how lies were used to convince people so that the UK would win the choice to leave the EU.

In one chapter of the book, he reveals that his paternal grandfather’s remains were never found, and today the bones continue to be found in the Bohorje forest in northern Slovenia, “free of deaths and crimes. A definitive closure”. Do you care about finding your grandfather’s bones, or is the empty tomb your family built enough?

–I want to find my grandfather’s bones; I was the first in my family to face this trauma. My parents, who unfortunately passed away, had to survive and move on. My father, whose father was killed by the Communists, was not something he wanted to forget, but he did not need to focus on the trauma. I was the first person who had to deal with family history and started gathering information about the massacre. I want to tell you a story. A friend, a law professor in Bosnia, showed me a village of 300 people. All but one were killed in the Balkan War. The city is still empty. In his adulthood, my friend focused on searching for his father’s remains; His mission in life was to close that story. They finally found the father’s bones in a mass grave, and finding what he was looking for was painful for him, because the search was what kept him going. When his father’s bones appeared, he felt a great emptiness; There was no purpose in his life and he had to face that loss.

-When he visited “Little Bosnia” in St. Louis, USA, a Bosnian refugee woman told him: “I feel like I’m a hundred years old because I’ve lived. It’s not that I’ve forgotten. I don’t want to remember”. How does this type of ignorance work?

-Friedrich Nietzsche says that society has a kind of active forgetting that is sometimes necessary to progress. It’s not that something is denied, it’s just that it shouldn’t be the center of attention. This happens with Bosnians who survive in America. There are two types of ignorance: on the one hand, the ignorance of the direct victims of violence, trying to remove from their consciousness certain memories that appear later when something happens or an accident happens out of the ordinary; Children of victims, on the other hand, who have grown up hearing stories of the past, are willfully ignorant because they don’t want to continue to deal with that past; They seek to advance, improve and improve their lives. When I talk to young people born during the conflict, or even after, they don’t want to talk about the war or carry the burden of trauma dominating their lives.

In a chapter of the book he defines Slobodan Milosevic A BBC journalist who testified at an inquest in The Hague was a “master of denial” who demanded he admit he had “found no trace” of mass graves in Kosovo. “The Serbs don’t want to deal with their own occupation and what happened under the Milosevic regime in the former Yugoslavia. Occupied societies refuse to face their role in history; it took Germany a long time to admit they were the aggressors in World War II. This is what is happening in the US with the attacks on Iraq and Afghanistan; they are the aggressors in these conflicts.” Not willing to accept their role”, reflects Salecl. “In many countries they try to sideline any genocide, for example the Armenian genocide. Turkey doesn’t want to admit that it happened, and if someone does, they are persecuted by the Turkish government.”

The Slovenian philosopher and sociologist argues that in many cases revisiting the past is denied because of links to previous regimes, citing the example of former Chilean president Sebastian Piñera, who was “closely associated” with Augusto Pinochet’s dictatorship. Another issue linked to denial is that violence is relativized in the struggle to acknowledge numbers, such as the number of Jews killed in Nazi Germany or the number of disappeared in Argentina. “Now it’s called ‘compassion fatigue’ when people don’t want to feel more compassion and stop paying attention.This is the risk of war in Ukraine”, warns Salecl.

See also  Thinking her hands were itchy from using cleaning products, she went to the doctor, and the diagnosis was devastating

– There is a chapter of the book devoted to genealogy. How do you handle the information it can provide about our lives? Is voluntary ignorance necessary in this area, for example, choosing not to know what diseases one might get in the future?

-I asked my students if there was a test to see if they would get Alzheimer’s, if they would want to do it or not. Half said yes and half said no. Then I asked them to explain why; Often the answer is love. If they have Alzheimer’s they don’t want to know because they are afraid to love; But love is used as an example by those who want to know, because they say they love more this way before Alzheimer’s affects their lives. The answer is very personal; If someone depends on you it depends on who you are; Your level of distress; Whether you can face it or not; How dire the future seems to you depends on what you consider important in your life. Love is something that is talked about a lot and people decide based on how they want their love life to be.

Want to know if you might develop Alzheimer’s disease?

-Yes. I love medicine; It is a hobby for me, I have many medical friends and am interested in learning about the progress of science. I am self-taught as a clinical researcher; But I understand that information about a disease can change lives. I’ve talked to many geneticists and they tell me that people who find they have a genetic predisposition to a certain disease, and there’s nothing they can do, decide to make changes in their lives, such as eating healthier. A better future awaits us, even if doctors and scientists say there is no way to change it.