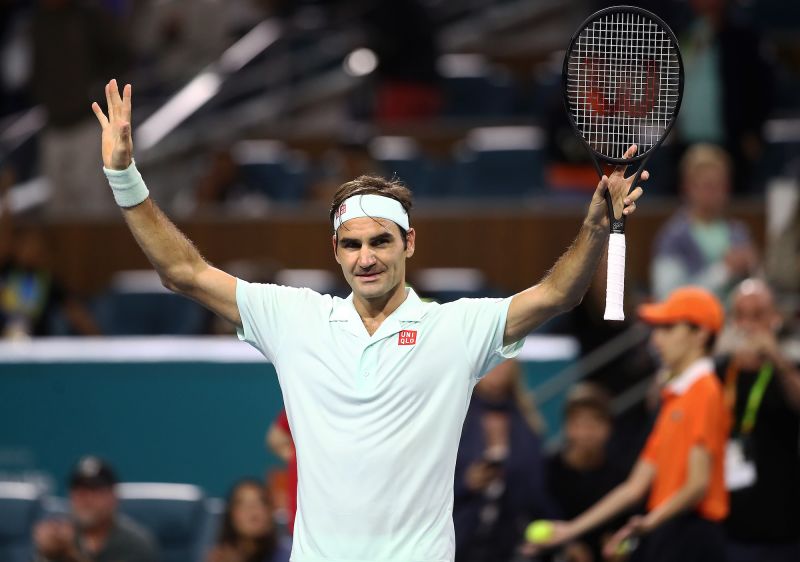 Roger Federer He announced that he is retiring from the ATP tour and Grand Slams After the Laver Cup next week in London.

“I am 41 years old. I have played more than 1,500 matches in 24 years. Tennis has treated me more generously than I could have ever dreamed of, and now I must realize the time is right to end my competitive career.” Instagram Mail.

The past few years of Federer Marred by a string of injuries, he underwent two knee surgeries in 2020 and another after being defeated by Hubert Hurkacz in the 2021 Wimbledon quarter-finals – his last competitive match to date.

“As many of you know, the past three years have faced me with challenges in the form of injuries and surgeries,” he said. “I have worked hard to get back to a full competitive level. But I also know my body’s capabilities and limitations, and his message to me lately has been clear.”

“I would also like to thank my opponents on the court,” Federer said.

“I was fortunate enough to play so many epic matches that I will never forget. We struggled fairly, with passion and strength, and I have always done my best to honor the history of the game. I am so grateful.”

Nadal Twitter took over To commemorate his great rival and friend: “Dear Roger, my friend and my competitor. I hope this day never comes. It is a sad day for me personally and for sport around the world. It has been a pleasure but also an honor and a privilege to share all these years with you, living so many Great moments on and off the field.

“We’ll have more moments to share together in the future, there’s still so much to do together, and we know that… I’ll see you in London.”

Despite playing alongside two of the greatest players of all time, Federer still broke several records, including becoming the oldest-ever ranked No. 1 in the world at age 36 and staying at the top of the rankings for 237 Standard consecutive week.

Among Federer’s many accolades, he won major tournaments in his career: the Australian Open six times, the French Open once, the US Open five times, and Wimbledon – the tournament he was synonymous with – a record eight times.

He also won 103 ATP titles – the second most in the Open Era after Jimmy Connors – a record six ATP Finals, a Davis Cup and a gold medal at the 2008 Olympics in men’s doubles alongside Stan Wawrinka.

“This is a bittersweet decision, because I will miss everything the Tour gave me,” he said.

“But at the same time, there is so much to celebrate. I consider myself one of the luckiest people on earth. I have been given a special talent to play tennis, and I have done it at a level I never imagined, for much longer than I thought possible.”

“The last 24 years on the tour have been a wonderful adventure. Although it sometimes seems like 24 hours have passed, it has also been so deep and magical that it feels as if I have already lived a full life.

“I have had the immense fortune to play against you in over 40 different countries. I have laughed and cried, felt joy and pain and most of all felt incredibly alive.”

Besides thanking his fans, Federer thanked his team, sponsors, parents, his sister, wife and children, and remembered when he was raised in Basel, Switzerland.

“When my love for tennis started, I was a kid with the ball in my hometown of Basel. I watched the players with a sense of amazement. They were giants to me and I started dreaming. My dreams made me work harder and I started to believe in myself.”

“Some success made me feel confident and I was on my way to the most amazing journey that has led me to this day. So, I would like to thank you all from the bottom of my heart, to everyone around the world who helped make the dreams of a little Swiss football kid come true.”

As soon as Federer announced his retirement, accolades began pouring in from the tennis world.

“It is such an honor to witness your journey and to see you become a hero in every sense of the word. We will miss the sight of you overseeing our pitches, but all we can say for now is thank you, for the memories and joy you have given so many.”

Federer’s retirement announcement arrived a month after Serena Williams announced her too Intent to “evolve away” of the sport, marking an almost simultaneous end to the eras in which they shaped men’s and women’s tennis.

Williams’ Swansong may have revealed at the US Open – in her home country and on the site of her first Grand Slam victory – but Federer told CNN’s Christina MacFarlane in 2019 that he had no such specific plans.

“I think it’s all about the body, is it the family, is it the mind, is it morning when I wake up, how is that going to happen?” He said.

“The day that happens, maybe that’s the end or maybe I say I have more championships in me, I don’t know. And then maybe that championship that I think might be too far away and then you can’t get there… stands out. Wimbledon as a venue but there are already many other tournaments.”

Due to injuries, Federer missed this year’s main draw at Wimbledon for the first time since 1998, and will end his career in the Laver Cup – the tournament he has been a driving force behind where six players from Europe play six. from the rest of the world.

“I would like to go out on my terms,” ​​he added in 2019. “I don’t have an anecdote that ends in my head saying it has to be another address somewhere, and then I have to announce it’s big and say, ‘Way, that’s what it was you guys. I shouldn’t get it that way.

“The expectation from the media is that everything should end perfectly and I gave up a long time ago. I guess just as long as I’m healthy and enjoying myself in the end, I know it’s going to be emotional anyway.”