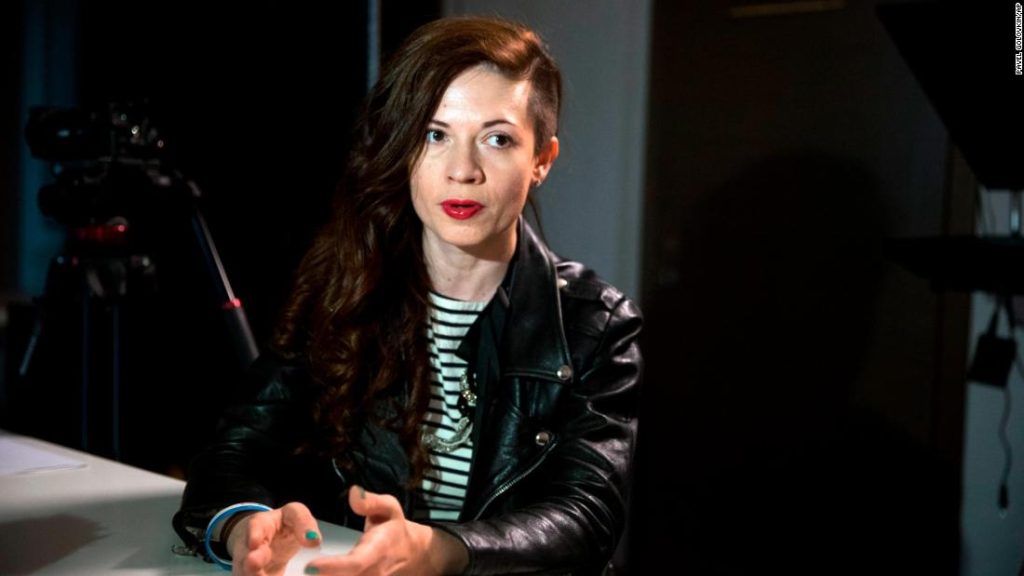 Oksana Paulina was filming the devastation wrought by Russian forces in the capital’s Podilsky district when it came under rocket fire. The Insider statement said another civilian died with her. Two people accompanied by her were injured and taken to hospital.

The Insider said Paulina went to Ukraine as a reporter and submitted “several reports” from Lviv and Kiev.

“The Insider expresses its deepest condolences to Oksana’s family and friends,” the outlet said in the statement. “We will continue to cover the war in Ukraine, including Russian war crimes such as the indiscriminate bombing of residential areas where civilians and journalists are killed.”

The insider’s statement did not say when Paulina was killed. But soon after its release, colleagues took to Twitter to mourn her death.

Paulina was a “journalist with a tremendous sense of moral clarity”, a former colleague Alexey Kovalev He said in a post on Twitter.

Prior to joining the outlet, Paulina worked as a producer for the anti-corruption foundation founded by Russian opposition leader Alexei Navalny, according to Insider magazine, which added that “after the organization was listed as an extremist organization, she had to leave Russia in order to continue reporting Russian government corruption to The Insider”.

Navalny’s spokeswoman, Kira Yarmesh, described Paulina as a “courageous, honest and excellent journalist.” “[S]Yarmeş said: He has been a steadfast supporter of us and will always help us. I don’t even know how to talk about her death and I can’t even imagine all this.

Christo Grosevan investigative reporter for Bellingcat, described her as a “amazingly brave Russian journalist” who was “killed by the army of her country in the bombing of civilian areas in the Podol district of Kyiv”.

“She was killed while covering the damage caused by the bombing,” Grosev added on Twitter.

Paulina is the fifth journalist to die in Ukraine this month, according to the newspaper Committee to Protect Journalists and other press freedom activists.

Multiple news crews came under fire while covering the war. director Brent Renault He was killed outside Kyiv on March 13. colleague Juan Arridondo He was seriously injured. “Five surgeries, I have a long way to recover,” Arredondo wrote on Instagram earlier this week.
The next day, two Fox News crews, Oleksandra Kovchinova And the Pierre Zakrzewski, were killed. Reporter Benjamin Hall seriously injured.

At the beginning of the month, a Ukrainian camera operator, Yevni Sakon, was killed when a television tower in Kyiv was bombed, according to the Committee to Protect Journalists.

See also  Blue and White, A New Hope, the Union, will run as a joint list in the November vote

“Ukrainian and Russian authorities must do everything in their power to ensure the safety of journalists and all other civilians, and to thoroughly investigate attacks on journalists,” the organization said.