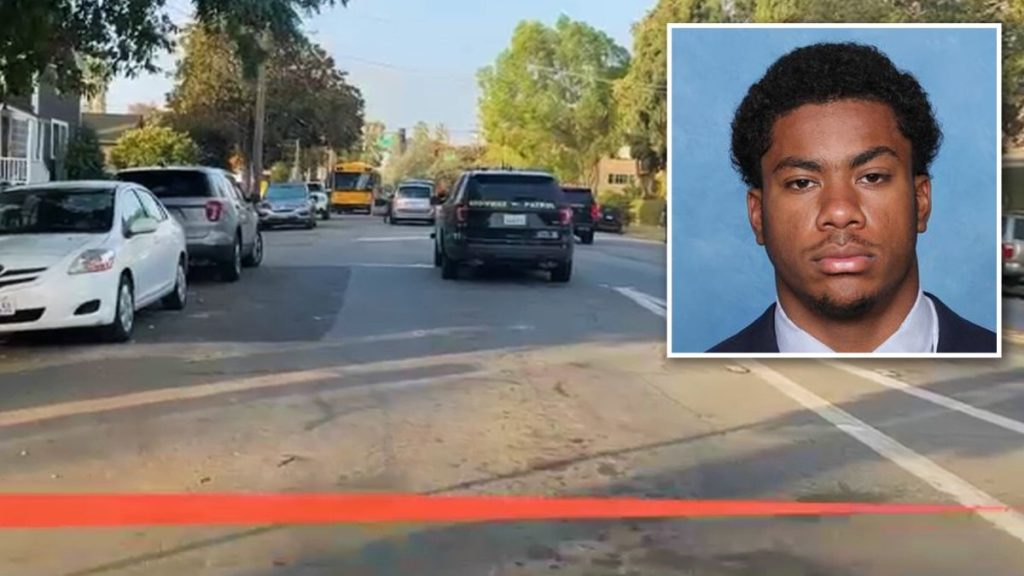 A San Jose State University football player died Friday morning when he was hit by a school bus while riding an electric scooter near the campus, officials said.

Police said Camden McCrite, an 18-year-old freshman from Southern California, was shot around 6:50 a.m. in the South 10 and East Red Street area.

“We tragically lost an amazing young man this morning,” San Jose State Soccer coach Brent Brennan said in a statement. “Kamdan had a bright future ahead and everyone in this community who had the opportunity to spend time with him knew that. We are still trying to deal with the news of this tragedy, and we appreciate everyone’s support in these difficult times. Our thoughts and prayers are with the McCrite family and I want them to know that we are all here from For them. Kamdan will always be in our hearts and we will miss him dearly.”

There were 14 students, ages 14 to 17, on the bus at the time of the collision, but none were injured, according to the California Highway Patrol, which has jurisdiction over school bus collisions.

Citing an initial investigation, CHP officer Ross Lee said McCrite, who was riding a motorcycle north on 10th Street, “travelled the bus lane” as it headed east on Red Street.

“Some witnesses at the site gave testimony that traffic traveling on Reed at the time had a green light, but this is still something we need to confirm and will be part of our investigation,” Lee said.

Lee said the bus driver was cooperating with the investigation.

Police initially said the victim was a cyclist.

The university said advisors will be provided to students and student-athletes.

“The loss of our student is heartbreaking and devastating to the San Jose State community,” University President Steve Perez said in a statement. “We mourn Camden, his family, friends, colleagues, and the Spartan family. We mourn together and will provide all the support that the Camdan family, our students and our football program need to help get through this tragic time.”

The next San Jose State football game is scheduled for 3 p.m. Saturday in New Mexico. As of late Thursday morning, the university said the competition was “still on hold.”

“SJSU will do what is best for student-athletes,” the university stated.