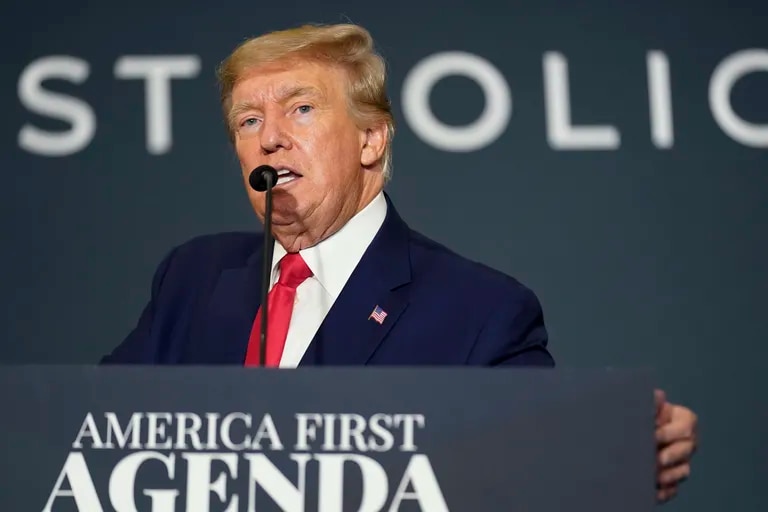 Former US President Donald Trump reported That is this Monday FBI agents conducted a raid at home Palm Beach, In Florida. The former president also confirmed that the agents They opened a vault And called the episode “procedural misconduct”.

“These are dark times for our nation as my beautiful home in Palm Beach, Florida, Mar-a-Lago, is currently under siege, raided and occupied by a large contingent of FBI agents,” he said in his statement. Social network true, And considered: “This is an attack by far-left Democrats who seriously do not want me to run for president in 2024”.

The president and former US president were not at home during the raid. revealed by the network CNNCiting informed sources, the former president was at Trump Tower in New York.

The circumstances of the search are currently unclear. FBI and Justice Department spokesmen did not return messages for comment. “This unannounced raid on my home after cooperating and cooperating with the relevant government agencies It is neither necessary nor appropriate”, Trump said in his statement.

The Department of Justice conducted an investigation Found 15 boxes with classified information Transported to Mar-a-Lago After the presidency Trump’s. Federal Laws of the United States Prevent the transfer of classified documents to unauthorized locationsOne could try to argue that Trump as president has the ultimate authority over the classification of sensitive information.

It’s not yet clear if the FBI record is related to that investigation. Spokesperson of the Department of Justice Dena IversonLocal media reported that the agency had no comment when asked if Attorney General Merrick Garland had personally approved the move.

This incident came to light that day CNN He posted revealing pictures Twice the former president flushed documents down the toilet. In other cases, the station maintained that Trump “flecked” registration laws And he said he tore up documents, drafts and notes after reading them.

The House Oversight Committee has announced that it is expanding its investigation into the former president’s actions and has asked the archives to provide more information. Trump previously confirmed that he had agreed to return some of the records to the archives, calling it “a normal and routine process.”

At the same time, a separate investigation into efforts by Trump allies to subvert the outcome of the 2020 presidential election and the riots at the US Capitol on January 6, 2021 has escalated in Washington.

In addition, the district attorney in Fulton County, Georgia, is investigating whether Trump and his associates tried to interfere in the election in that state, which Joe Biden won.

Trump, who has made his Palm Beach club his home since leaving the White House in January 2021, regularly spends the summer at his golf club in Bedminster, New Jersey, because Mar-a-Lago usually closes in May for the fry summer.