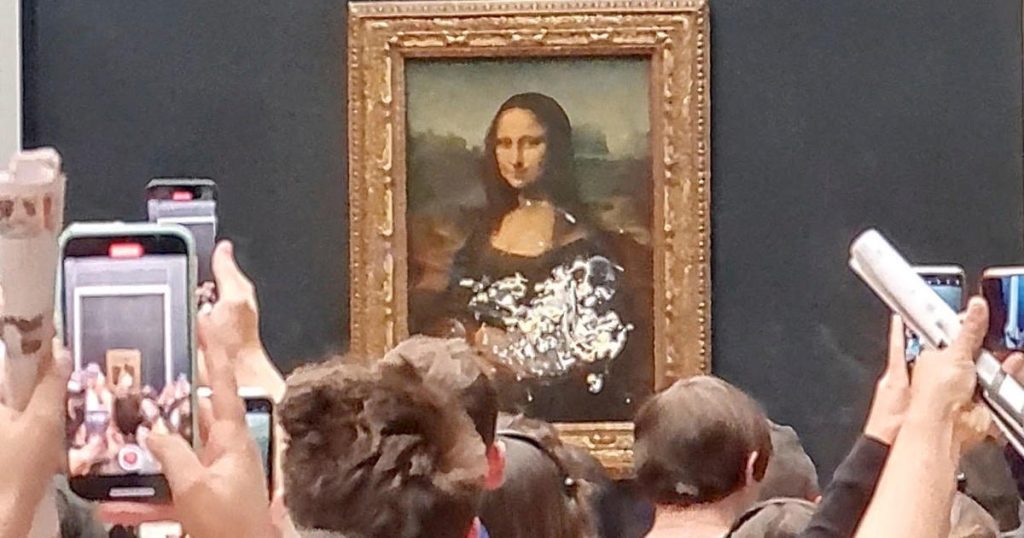 The world’s most famous smile was obscured briefly on Sunday when a man smeared some cream cake over the Mona Lisa, in what appeared to be climate Protest.

Leonardo da Vinci’s 16th century masterpiece is untouched, as it is protected behind bulletproof glass in the Louvre in Paris.

Soon, social media lit up with videos posted by tourists who were at the fair at the time.

Visitors reported that a man disguised himself as an elderly woman in a wheelchair, most likely in order to get to the place directly in front of the board for the disabled. Then he stood and smeared the cream cake on the glass case protecting the Renaissance painting.

When the security guards pounced on him, the man, who was wearing a wig and makeup, threw red roses at their feet.

The Louvre issued a statement on Monday saying that the painting had not been damaged. The museum said the man hid the cake inside his personal belongings.

The Paris public prosecutor’s office said Monday that the 36-year-old was arrested after Sunday’s incident and was sent to the police psychiatric unit for evaluation. An investigation has been opened for the destruction of cultural artifacts.