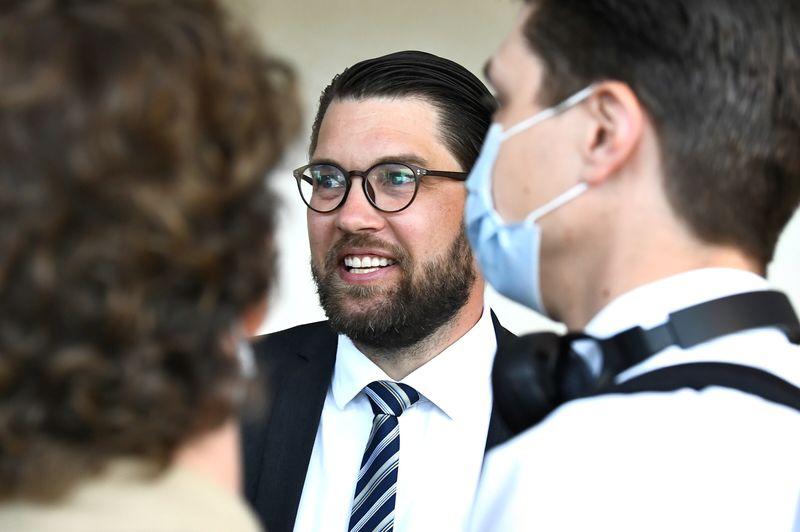 STOCKHOLM (Reuters) – If Finland applies to join NATO, the leader of Sweden’s second-largest opposition party told the daily Svenska Dagbladet that his party would change its position in favor of Swedish membership.

A change in the position of the Swedish Democrats would mean swinging toward a parliamentary majority in favor of joining long-neutral Sweden into the alliance.

Russia’s invasion of Ukraine has prompted the two countries to consider joining, although Sweden is more reluctant than Finland, which has a 1,300 km border with Russia.

The Finnish government said it will clarify next steps in the coming weeks regarding a possible decision to seek membership.

“After that (if Finland advances) I aspire to go to the party council to request a change of opinion,” the newspaper quoted Swedish Democrats leader Jimmy Akesson as saying in an interview on Saturday.

“What has changed now is that Finland is very clearly heading towards NATO membership and there are many indications that this may happen in the near future. And that, and the fact that Ukraine, which is not a NATO member, completely alone, made me turn.”

The nationalist Swedish Democrats said last month, after a poll showed a majority of first-time Swedes in favor of joining NATO, they are reviewing their position.