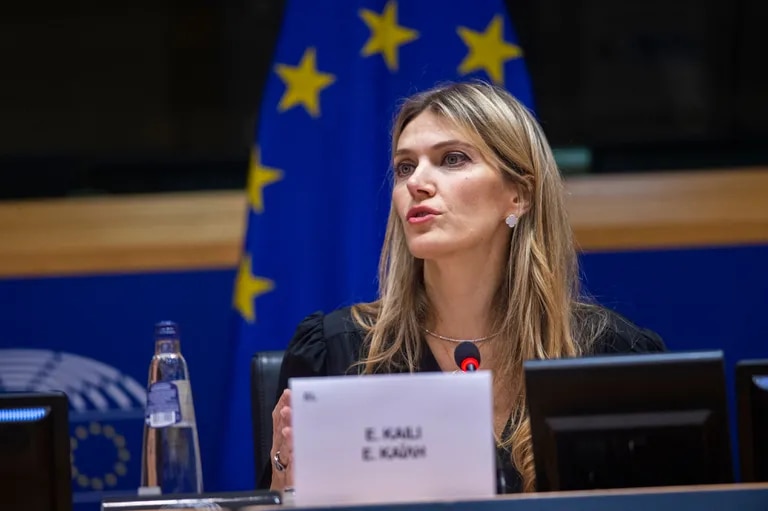 Paris – to European Union (EU)There is corruption Magnitude of an actual earthquake. In a wide-ranging action launched this Friday by a Belgian judge, Police conducted more than 15 raids, seized nearly 600,000 euros and arrested five people, including the vice-president of the European Parliament and one of its former deputies.All are suspected to have participated A massive Qatar-funded lobbying operation to subvert European democracy.

Three public figures were arrested in Belgium on Friday at the end of an investigation into a criminal organization suspected of meddling in EU politics and Qatar-promoted corruption that has penetrated into the heart of Europe: Greece’s Eva Kyli, one of the Vice-Presidents of the European Parliament; Italian Pier Antonio Panzeri, former deputy of the Socialists and Democrats (S&D) group and Luca Vicentini, world head of trade unions.

In Full Football World Cup This explosive scandal appears to be the starting point of an investigation that promises to tent. The Belgian Federal Judicial Police conducted 17 raids in various communes of Brussels and the suburbs of the capital.

“In particular Ixelles, Schaerbeek, Crainhem, Forest and Brussels-city,” the court confirmed. “The raids were conducted within the framework of a wider investigation into the alleged activities of a criminal, corrupt and money-laundering organization,” the source added.

The most important trial coordinated by the Federal Court is presided over by Judge Michael Kliese, an expert on financial matters. The investigators’ work was carried out in top secret for four months by the Central Office for the Prevention of Corruption (OCRC).

Investigators “suspected a Gulf country Attempts to influence the economic and political decisions of the European Parliament”, the court affirmed. How? “Giving large sums of money and giving important gifts to third parties who hold significant political or strategic positions within the Chamber”. The court did not mention Qatar. But many well-known sources suggest that in practice, “World Cup Organizing State”.

A former Italian S&D deputy, Pier Antonio Panzeri, Luca Visentini, the new secretary of the International Trade Union Confederation (ITUC), and an NGO director and a European Parliament assistant were arrested in the last hours. More than half a million euro notes were seized in the raid. According to a Belgian newspaper le soir, the money was found in the Brussels home of former MEP Panzeri. Two family members, his wife and daughter, were also arrested in Italy.

These actions also led to the arrest of Eva Kylie. The 44-year-old former Greek TV presenter has been an MEP since 2014 and one of the 14 vice-presidents of the European Chamber. FG, the S&D MEP’s parliamentary assistant who was arrested in the last few hours, is his emotional partner.

The raid on the MEP’s home, protected by a parliamentary ban, seems to have surprised him. In felony delicto, although the Belgian Federal Court decided not to comment on this latest information. His Greek party, the Panhellenic Socialist Movement (Pasok), and his group in parliament, the S&D, announced they were suspending it “with immediate effect”.

In a debate in the Strasbourg Chamber on December 9, Kylie caused surprise when she made statements that were completely against the parliament’s current position on Qatar.

“The World Cup in Qatar is a testament to how sports diplomacy can bring about a historic transformation in a country with reforms that have inspired the Arab world.”said.

The five inmates, who are still being questioned by investigators this Saturday, are due to appear before a judge in the next 24 hours – who will ultimately decide on arrest warrants.

With the exception of Eva Kylie, all the suspects are citizens or of Italian descent and are very active in associations and NGOs defending human rights. Although this may sound like a bad joke, Pancheri’s leader Fight against impunityA system of encouragement “The fight against impunity for grave human rights violations” and international justice. Its headquarters in the heart of Brussels were raided on Friday morning.

Luca Vicentini, in November, was elected general secretary of the CSI, a confederation of trade unions worldwide that represents around 200 million workers. Last week, the “Super Unionist”, as he is nicknamed by many, once again raised the plight of workers in Qatar and called. “Keep putting pressure on the UAE’s authorities and employers” to improve conditions for these people.

For Qatar, it would have been a matter of defending “its” football World Cup – whose organization has received so much criticism – and Reported progress in the field of human rights and migrant working conditions. None of the emirate’s embassies in Europe have yet responded to media requests for comment.

According to the Belgian court, “the measure is specifically aimed at European Parliament assistants.” In their offices, investigators seized computer equipment and telephones: “These elements will be analyzed within the framework of the investigation,” judicial sources confirm.

Among the people affected by the raids were four parliamentary aides close to the S&T group, which were arrested, including FG. Another participant was associated with the right-wing European People’s Party (EPP) parliamentary group. Investigators were also at the homes of two councilors and a parliamentary official, not counting several directors of lobbies active in the EU.

All these premises were kept under security strips to prevent evidence from disappearing.

For its part, the European Parliament announced its decision “not to comment on current legal proceedings”.

“As always, Parliament fully cooperates with the competent national authorities. It does so in this particular case,” he declared. In turn, the S&D group said it was “appalled by the allegations of corruption”.

A clear political message to those who believe they are the pinnacle of contradiction or outside the law, A Belgian judge decided to launch the operation on Friday, International Anti-Corruption Day.