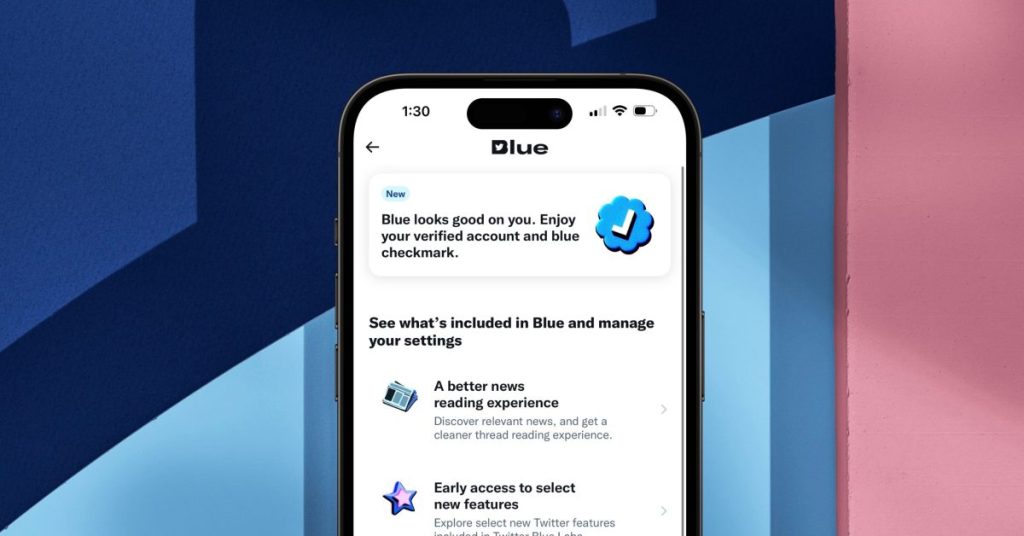 Twitter is officially rolling out its new Twitter Blue subscription service, which Offers verification “blue check” to everyone For $8 a month. The new subscription is now available via the latest version of the Twitter for iOS app… Here’s what it means and what’s still “coming soon.”

This new version of Twitter for iOS launched today and includes the initial launch of the new Twitter Blue subscription. As of now, the only plus here is the ability for everyone to get the coveted “blue” verification with a subscription. Twitter points out some other new features “coming soon.”

Here are the full release notes for today’s Twitter for iOS update:

Starting today, we’re adding cool new features to Twitter Blue, and we have more on the way soon. Get Twitter Blue for $7.99 a month if you sign up now

This represents a significant expansion of Twitter’s verification program, which was previously limited in scope. New Twitter owner Elon Musk has relied heavily on the “blue check” as a way to increase the number of Twitter Blue subscribers and increase the company’s revenue. There is of course some problems With verified delivery to all.

With today’s update, Twitter has also removed all previous verification infrastructure including the pre-requisite application process. In the Alerts tab your custom Verified feed is now the default and you have to swipe up to see notifications from unverified accounts.

Some server-side aspects of the new Twitter Blue subscription are still in the works. This means that you may encounter some delays or error messages as Twitter keeps making changes behind the scenes.

Are you planning to pay $8 a month to get your blue check checked? What about other new features coming soon to Twitter Blue? Let us know in the comments.