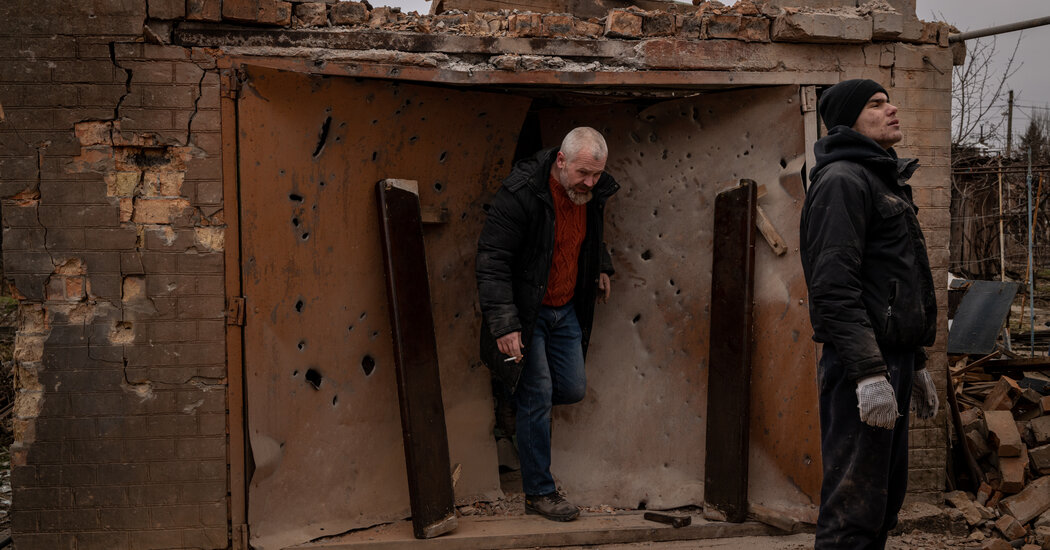 Russia launched two waves of strikes on cities far from Ukraine’s front lines on Saturday, drawing residents away from two weeks of relative calm over a festive holiday period.

The first explosions were heard in the morning in the capital Kyiv. In a rare incident, some of those blasts came minutes before air raid sirens sounded in the city, alarming people who are used to receiving early warnings of missiles or drones spotted by Ukrainian forces.

at least Five people were killed When a multi-storey apartment building was hit in the central Ukrainian city of Dnipro, according to local officials, they said people were trapped under the rubble.

Critical infrastructure sites were also hit in the northeastern Kharkiv region and in the western Lviv region, according to local officials.

Ukrainian Air Force spokesman Colonel Yuriy Ihnat said the morning attack on Kyiv likely included ballistic missiles fired from the north, which is why warnings of airstrikes came so late. Kharkiv in the north-east, which is the second largest city in Ukraine, was also bombed. Officials said the attacks appeared to have targeted infrastructure.

There were no immediate reports of injuries.

Russian forces have sporadically targeted Kyiv and other areas of Ukraine far from the front lines since the beginning of October with large-scale missile and drone attacks, mostly targeting electricity infrastructure and other key services. The attacks crippled Ukraine’s power grid and left the country grappling with rolling blackouts to deal with power shortages.

Saturday’s strikes broke a relative calm in the morning as Ukraine was celebrating the Orthodox New Year, or Malanka, a traditional holiday aligned with the older Julian calendar rather than the newer Gregorian one.

When the first air raid alert was raised in Kyiv at around 11:30 am, residents slowly returned to the streets, flush with the many subway stations they had taken refuge in to get on with their day.

Oksana Kolonyets and Anna Choplikhina, who were visiting Kyiv, were alarmed to hear the explosions before the siren sounded.

“You always know that after an air raid alert, there will be some problems,” said Ms. Chublikhina, 45.

Ms Kolonietz, 50, said the timing of the strikes — during the Orthodox New Year celebration period — added to concerns that have persisted for many in the capital in recent weeks.

“I think it’s one of the elements of intimidation — suppressing that celebratory mood,” she said.

Oleksandra Mikulyshin And Andrew E. Kramer Contribute to the preparation of reports.