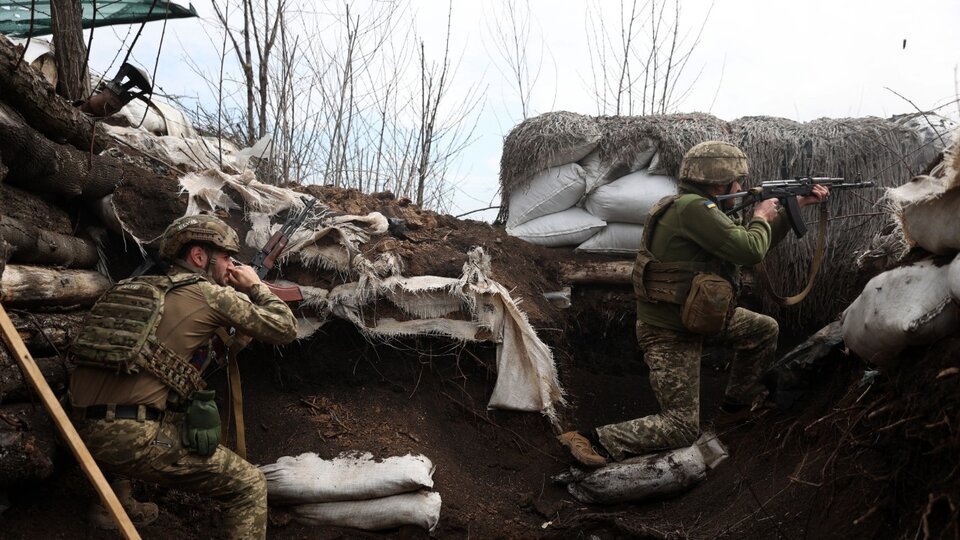 Ukrainian forces on Monday expressed fears of an immediate fall of MariupolA strategic city in the southeast of the country besieged by the Russian army for more than 40 days, and Its port will already be occupied, according to Russian-backed separatists. Ukrainian officials say the Russian siege and bombing of the city on the shores of the Sea of ​​Azov may have killed more than 10,000 people in more than 40 days, and many more bodies lying on the streets. Meanwhile, the Russian Foreign Minister, Sergei LavrovPromised the purpose of Russia’s special operation in Ukraine The “irresponsible expansion and irresponsible course of total domination of the United States and other Western nations” results.

“Russian troops will launch a major offensive in the east of our country. They could use more missiles and air bombs against us, but as we prepare for these actions, we are going to respond.Said the President of Ukraine Volodymyr Zhelensky. “We see troops and equipment concentrated in the east and south of our country. We know what they want to do, especially the speed with which aid is being sent from the United States.

Self-proclaimed leader of the Donetsk People’s Republic, Denise BushlinConfirmed Zhelensky’s words about the coming uprising on the battlefield in eastern Ukraine. “As for the port of Mariupol, it is now under our control.”Bushillin told Russian public television. Russia has been besieging Mariupol for several weeks, and its capture will allow it to consolidate its regional conquests off the coast of the Azov Sea, thus connecting the two provinces that make up the Donbass (Lukansk and Donetsk) Crimean peninsula. Incorporated by Moscow in 2014.

Analysts speculate that Putin wants to win the Donbass ahead of a military parade in Red Square on May 9., Marks the Soviet victory over the Nazis. “The war for the Donbass will last for several days,” Sergei Gaidai, the governor of Lugansk, warned on Facebook, again calling on the public to leave the area. According to Keito, “the Mariupol scene could be repeated in Lugansk.”

When Kharkov regionOne that was severely affected by the hostility of the Russian military campaign in the east of the country, There have been 66 bombings in the last 24 hours At least in the attacks it caused 11 were killed and 14 were injured. Oleg Sinikubov, head of the regional military administration, said the attacks included shelling with Russian artillery, mortars and several rocket launchers.

In Russia, the defense ministry said it had destroyed several anti-aircraft security systems in the eastern and southern provinces of Ukraine. According to the Ukrainian government, Russia is close to its neighbor or Donbass in opposing military action. In one attack, Moscow claimed that four S-300 missiles supplied by an unnamed European country to Ukraine had struck near the city of Dinifro.

Lavrov against the “total domination” of the United States

This Monday the Russian Foreign Minister, Sergei Lavrov, Promised that His country The next round of peace talks will not stop military action in Ukraine. “Our special military operation aims to put an end to the reckless expansion and recklessness of the United States and other Western nations. Blatant violation of international lawNow it will be repeated and in accordance with the rules, “Lavrov said in an interview with Russia 24.

And Russian Foreign Minister European diplomat Joseph Borrel has condemned the statements, There is no alternative to a military solution to the conflict in Ukraine. “It’s not a collective personal reaction, or a slip, or anyone was instructed to disclose what he made public. But this is an unheard of statement, of course,” Lavrov said.

At the diplomatic level Zhelensky called on Western nations to “follow the example of the United Kingdom.”Its Prime Minister Boris Johnson paid a surprise visit to Ukraine on Saturday, and He called for a “total ban on Russian hydrocarbons.”. At a meeting in Luxembourg, EU foreign ministers on Monday reviewed the Sixth Sanctions against Moscow, which will not affect oil and gas purchases.

In the meantime, The expulsion of Western companies from Russia continues. This Monday, the French bank Societé Générale joined the list of companies that announced that they would cease their operations in the country after the invasion of Ukraine. Hours later, Swedish telecommunications equipment maker Ericsson announced that it was suspending its operations in Russia, where it offers two major mobile phone operators.