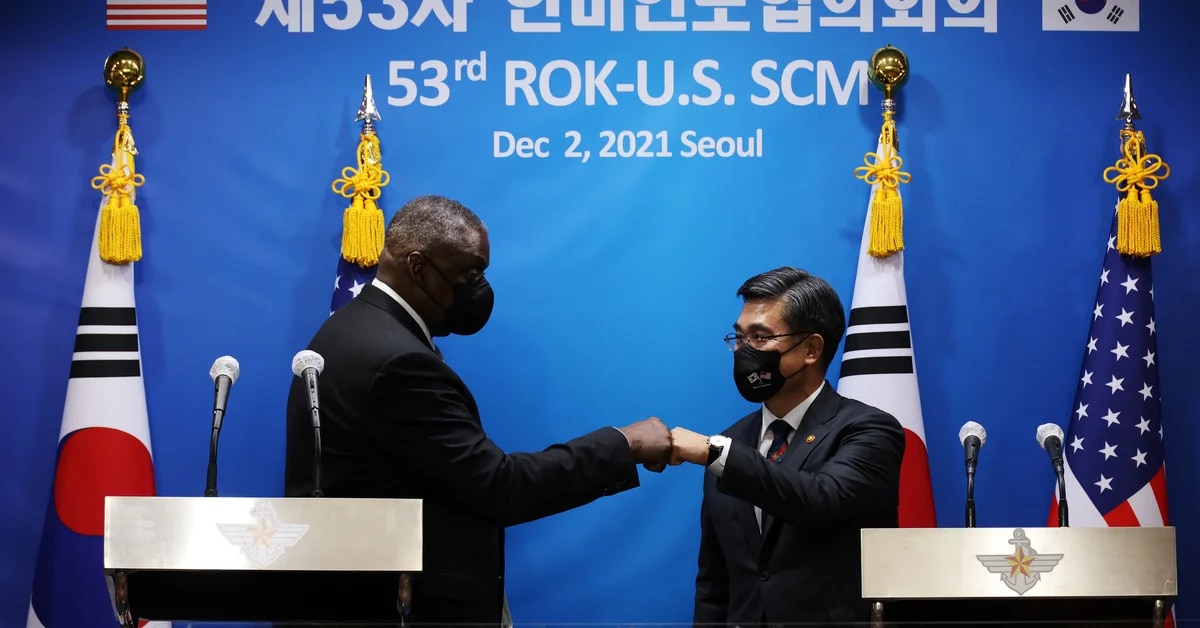 Officials from the United States and South Korea maintained this Thursday After the meeting, they reaffirmed their shared view that North Korea was “continuing its missile and weapons program.”

“We discussed a number of issues, including our solidarity in dealing with threats from North Korea (…) and reaffirmed our shared assessment that North Korea continues to pursue its missile and weapons program.”, US Secretary of Defense Lloyd Austin told a news conference.

The South Korean news agency Yonhap reported that Austin had met with his South Korean counterpart, Suh Wook, to discuss a plan to counter the North Korean government’s military and missile advances.

The two countries already have two strategies in place to deal with the various war scenes led by North Korea, Even as Pyongyang launches an invasion attempt on Seoul.

For his part, the South Korean minister Suh acknowledged the need to implement a plan that incorporates a series of changes related to the threat that North Korea now poses, based on the evolution of “military security reform 2.0”.

Washington and Seoul, in a joint statement, noted tensions between Taiwan, the United States and China. “Importance of Maintaining Peace and Stability in the Taiwan Strait.”

In the same text, the Indo-Pacific region was added as the “highest priority for the defense sector” for the United States.

Austin landed in South Korea on Wednesday for annual bilateral security and security consultations. Upon his arrival, the Pentagon leader stressed the importance of keeping the region “free and open”, which could be achieved to a greater extent “by working with allies such as South Korea.”

See also  Russia-Ukraine conflict: Is there room outside the Putin-NATO polarization? | "Russophobia" was promoted from the West

South Korean and US defense officials today agreed to renew their joint contingency plans in the event of an open war with the North over the weapons advances harvested by Pyongyang.

However, he highlighted the commitment of the two allies to a “diplomatic approach” to the North.

Since Joe Biden came to power, Washington has offered to meet with Pyongyang to try to reactivate the stalled nuclear disarmament talks from 2019, but the regime has rejected the invitation, promising that the United States will maintain its “hostile policy.”

As for the United States, Putin warned that “Russia has drawn up plans for aggression against Ukraine” and with unprecedented sanctions.
Iranian regime enriches uranium as talks in Vienna to revive nuclear deal
Crisis on the Poland-Belarus border: EU extends sanctions against Lukashenko and US prepares new measures against dictator