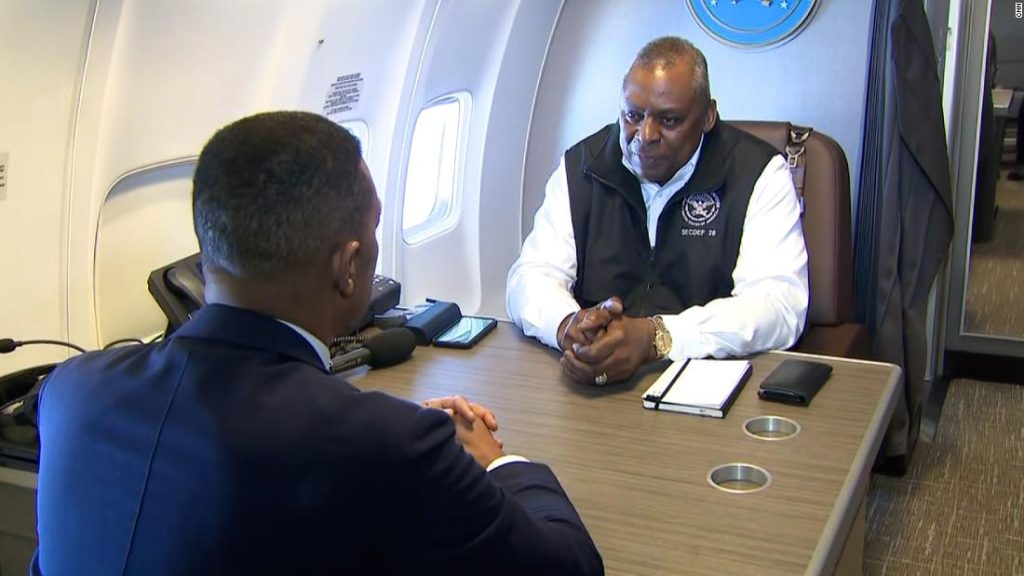 Providing an assessment of the Russian forces, Austin told CNN correspondent Don Lemon in an exclusive interview conducted in the Bulgarian capital Sofia that the Russians “did not advance as quickly as they would have liked.”

Austin told CNN that the Russians had “suffered from logistical support” and that he had seen no evidence of “good employment of tactical intelligence,” nor of “the integration of air capability with a ground maneuver.”

“There are a number of things that we expect to see that we just haven’t seen. And the Russians really have some problems – they presented us with some problems. So, many of their assumptions have not been proven correct as they are in this fight.”

Since the invasion of Ukraine started nearly a month ago, Russian forces have started bombed and destroyed Large parts of the cities, including Mariupol and Kharkiv, but Ukraine managed to prevent Russia from seizing vast areas of the country, including the capital, Kyiv.

“I think (Russia) imagined that they were going to move very quickly and very quickly to take the capital. They couldn’t do that,” the Pentagon chief said.

In the face of fierce Ukrainian resistance to its invasion, Russia is also dealing with low troop morale and Struggling to resupply thousands of troops in the country, US and NATO officials told CNN this week.

Austin was also asked about China’s position on the war.

China has shown some openness to providing assistance to Russia, according to a US diplomatic cable to allies. Both Russia and Beijing have denied any such requests.

On Friday, President Joe Biden sought to dissuade Chinese President Xi Jinping from helping Russia, warning his Chinese counterpart during a 110-minute video call of “repercussions and consequences” for Beijing if it would provide material support to Moscow.

Austin told CNN it was “hard to say” what China would do and declined to speculate.

“I hope China does not support this despicable act by Putin, and I hope they recognize the need to respect sovereign territory,” he told CNN, adding, “We’ve made it clear that if they do, we think that’s a bad choice.”

Meanwhile, the United States has provided Ukraine with financial and military aid in its fight against Russia, including an additional $800 million in security aid announced by Biden this week, but has not helped operate a no-fly zone over Ukraine in its pursuit. Avoid getting directly involved in the conflict.

Austin told CNN that Biden “has been very clear about the fact that we won’t be involved in a fight with Russia in Ukraine.”

The defense secretary said that if the United States were to set up a no-fly zone, it would require controlling the skies, engaging Russian aircraft, and taking out aircraft systems in Ukraine, Belarus and Russia.

He said the United States is focused on providing the kind of assistance to Ukraine that “we know is making a difference” and we are doing “everything we can to defend every inch of NATO territory.”

This story was updated with additional details on Friday.