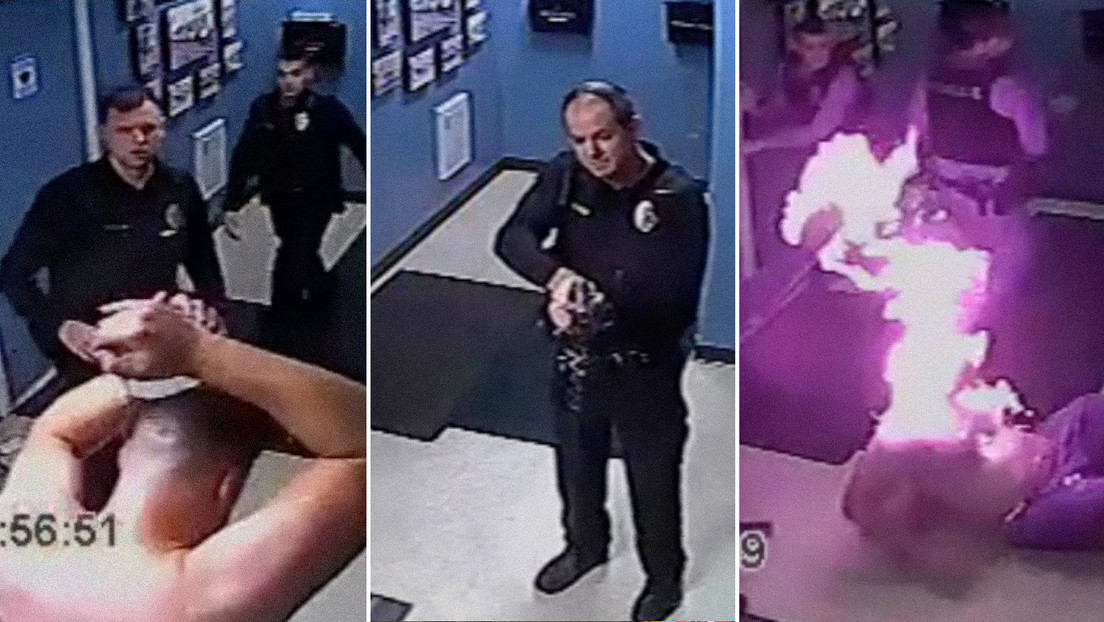 The man died on December 15 after 48 days in intensive care.

The first video begins with Jones and three officers in the police station lobby. All four are conversing, and Jones seems upset. He constantly flinches and tears his shirt off The container of disinfectant is thrown to the ground For hands.

In the second video, Jones sprays his head and body with a hand sanitizer, and shortly after, one of the officers shoots him with his stun gun, setting the person on fire. More than 20 seconds. Jones rolled on the floor to extinguish the flames, and when he stood up, his skin showed large red spots. Doctors arrive at the scene a few minutes later.

Warning: The following images may affect your sensitivity

“Jason was unarmed […] And without threatening anyone when the police attacked him 50,000 volts of electricityJones’ attorney, Kevin Lubrand, said: CBS News. “Instead of helping Jason, the police ran out of the room, closed the door and let him burn,” he added.

The man died on December 15 from 48 days of intensive care, although the exact cause of his death is not clear.

An investigation into what happened is currently underway.