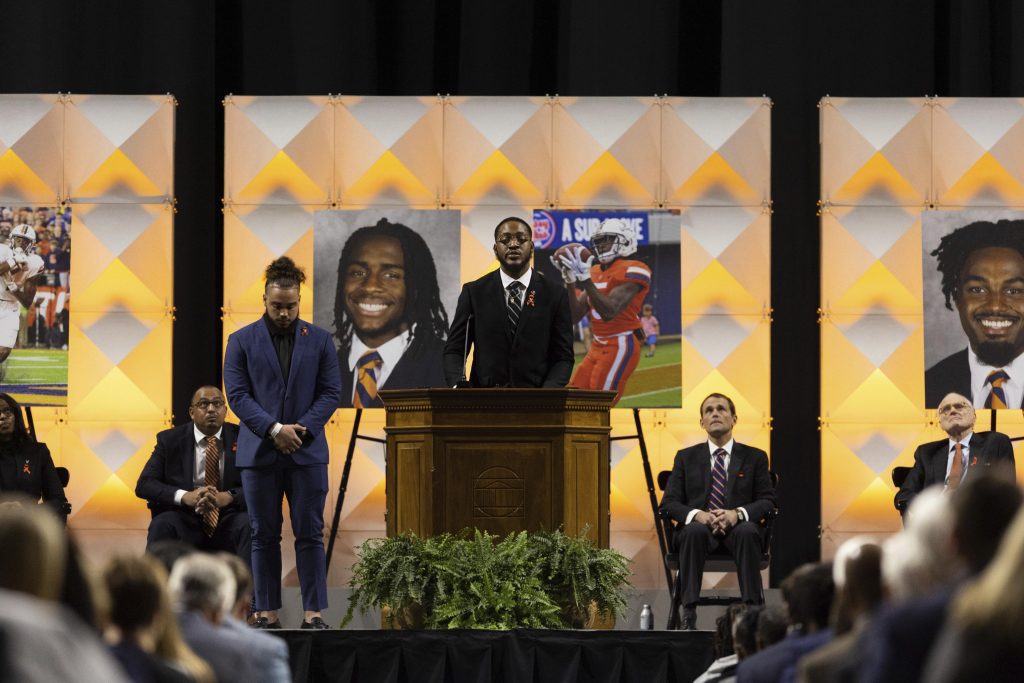 The University of Virginia canceled its game against rival Virginia Tech scheduled for Saturday after three football players were killed on campus just over a week ago.

The university made the announcement Monday night, two days after a nearly two-hour memorial service in memory of Lavelle Davis Jr., Devin Chandler and Desann Berry. The three were killed on November 13 after a field trip to see a play in Washington.

“The decision was made following communication between the Atlantic Coast Conference, Virginia and Virginia Tech’s Department of Athletics management,” Virginia Tech said in a statement. “The ACC and Virginia Tech continue to support UVA after the devastating tragedy…”

Authorities said Christopher Darnell Jones Jr., a UVA student and former member of the football team who was on the trip, began shooting at the students on the bus as it was parked in a parking garage on campus.

The public prosecutor said in court last week that a witness told police the gunman targeted specific victims and shot one of them while he was asleep. Two other students were wounded.

Jones, 23, facing second-degree murder and other charges stemming from the shooting, led to a 12-hour manhunt and campus lockdown before Jones was arrested in a Richmond suburb. Jones is being held without bond.

Authorities have not released a motive.

The Hokies, who suffered a massacre in which 33 people, including the gunman, were killed in 2007, donned orange uniforms after they ended their seven-game losing streak with a 23-22 victory over Liberty on Saturday. The Hokies and Virginia both share orange as their signature color.