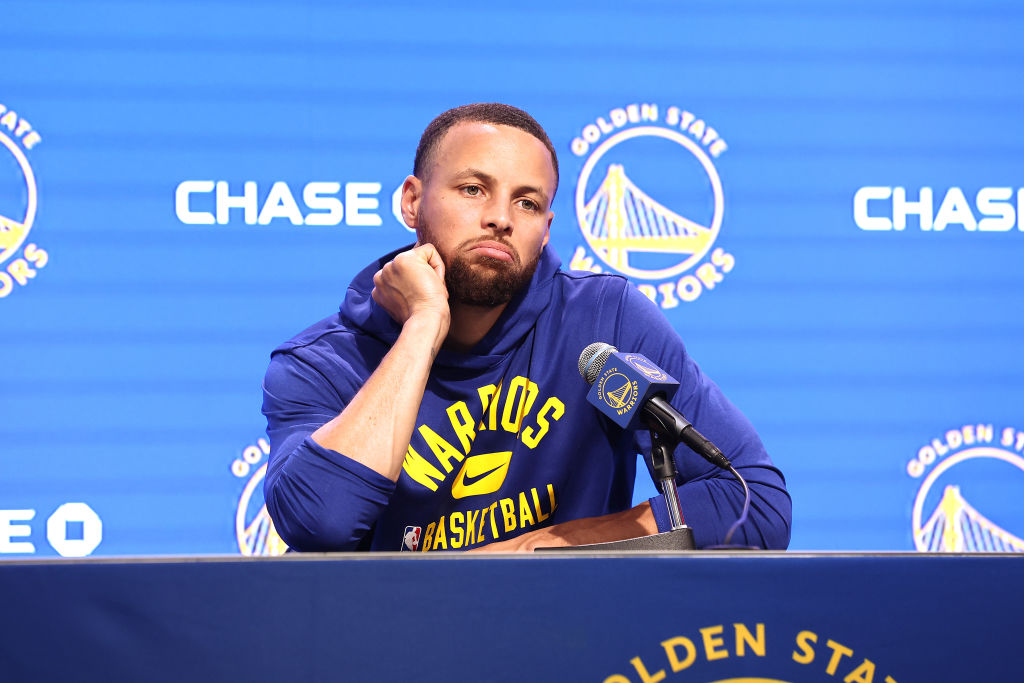 Early Friday afternoon, Mercury News reporter Sheena Rubin reported the news who – which Golden State Warriors guard Stephen Curry His injured left foot will not be reassessed until after the regular season ends. The implication of the tweet is clear: Curry will miss the rest of the regular season (five games), which raises the question if he will be ready for the playoffs.

According to league sources, Steve Curry, who has a sprained foot, will be re-evaluated after the regular season ends.

The immediate, overwhelming reaction to Robin’s tweet was a flood of Warriors fans asking if this was an April Fools’ joke. It wasn’t, of course, because she covers the team for a living, and an April Fool’s joke about the team she’s covering would be inexplicably shortsighted. But part of the fan’s skepticism may have something to do with the unfortunate reality of breaking NBA news in 2022: The vast majority of the big scoops were handed over by ESPN’s Adrian Wojnarowski and Shams Charania on the field.

Woj and Charania dominate the game of shovels, the result of shovels being their only interest. their sourcing methods were questioned, Because they and a few patriotic scoop hunters have shown a willingness to frame stories but their sources – usually agents or team managers – are willing.

But Woj in particular has a massive following of 5.2 million people on Twitter, so on the rare occasion when he gets hit on a story, the inevitable follow tweet is often the last word on the topic. Fifteen minutes after Robin’s tweet on Friday, Woog got into the Carrie saga, tagging his co-star Kendra Andrews. Slightly different evaluation From the situation: Curry may still come back during the regular season, and he will be re-evaluated in a week, which is still a slim lead before the regular season ends.

Golden State Steve Curry’s left foot sprain is expected to be reassessed within a week – and a return to the regular season for one game has not been ruled out – but expectations remain that he is on his way back to start the playoffs, sources tell Tweet embed And I.

The Wojnarowski report, like Rubin, cites multiple unnamed sources. So who is right?

Robin, not Woog. Within minutes of Woog’s tweet, the Warriors issued a statement He confirmed that there will be no Curry updates until April 11, which is after the regular season ends. There is no hedge in Dubs’ statement, just as there was no hedge in Rubin, or other reporters Who was quickly involved in the situation: Curry is out for the rest of the regular season, and there is no indication that he will be re-evaluated in a “week”, which is April 8, not April 11.

However, at 1:01 p.m., Wojnarowski and Andrews Share the line Article confirms Warriors’ announcement that Curry will miss the rest of the regular season. They did not cite Robin to break the story, and Wojnarowski did not attempt to explain his changing information within 40 minutes. The ESPN article also vaguely reiterates that Curry will be re-evaluated in “a week,” although that does not align with Dubs’ April 11 date.

In the end, this is not a big problem. You could even call it “nitpicking”, and I wouldn’t object to your rating. But here’s the thing: When Robin, a local reporter, took out a now-true news story, she was met with disbelief and even hostility One of the people who quickly sided with Wojnarowski, the owner of the National Spades. So let this serve as a friendly reminder: National athletic scoopers aren’t infallible, and when they make mistakes (even a small mistake like this!) they won’t go out of their way to set the record straight—although they should.