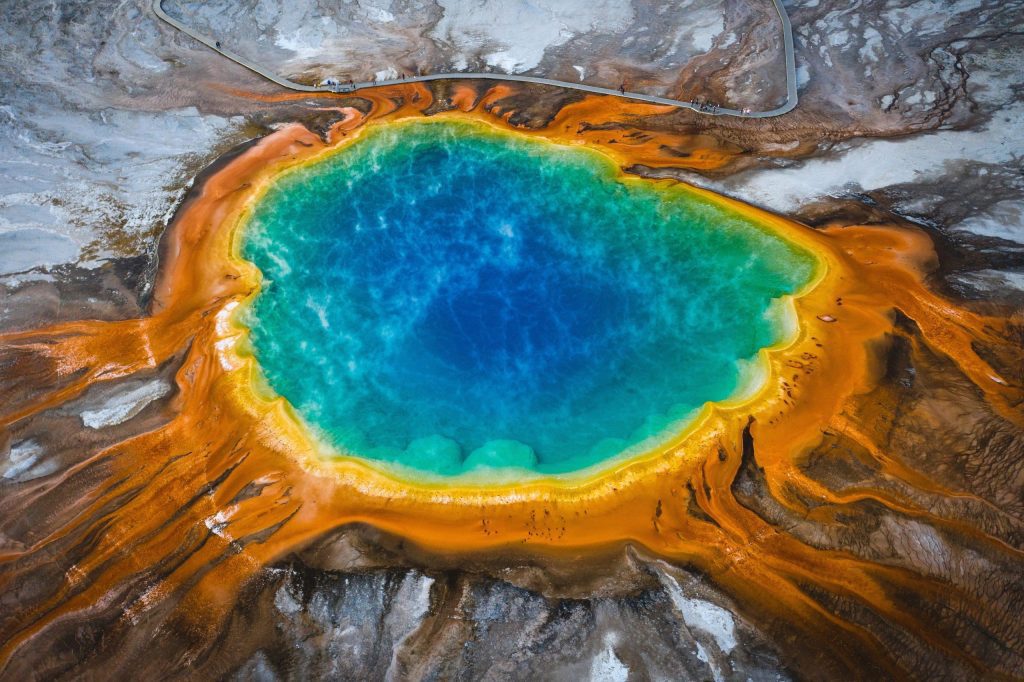 Yellowstone caldera, sometimes referred to as the Yellowstone supervolcano, is a volcanic caldera and supervolcano in Yellowstone National Park in the western United States. The caldera measures 43 by 28 miles (70 by 45 kilometres).

The scholar’s expertise, energy and compassion leave a legacy.

When Ross Maguire was a postdoctoral researcher at Michigan State University (MSU), he wanted to study the volume and distribution of molten magma beneath Yellowstone volcano. Maguire used a technique called seismic tomography, which uses ground vibrations known as seismic waves to create a 3-D picture of what’s going on beneath the Earth’s surface. Using this method, Maguire was able to create an image of the magma chamber window showing where the magma was. But these are not entirely clear pictures.

As a result of these new images, and with key contributions from Chen, Maguire and his team were able to see twice as much magma as was present in the Yellowstone magma system.

“I was looking for people who were experts in a specific type of computer-based seismic tomography called waveform tomography,” said Maguire, now an assistant professor at the University of Illinois Urbana-Champaign (UIUC). “Min Chen was truly a world-class expert in this matter.”

Min Chen was an assistant professor at MSU in the Department of Computational Mathematics, Science, and Engineering and in the Department of Earth and Environmental Sciences in the College of Natural Sciences. Using supercomputing power, Chen developed the method applied to Maguire’s images to more accurately model how seismic waves propagate through the Earth. Chen’s ingenuity and skill led to these images being brought into sharper focus, revealing more information about the amount of magma molten beneath the Yellowstone volcano.

“We haven’t seen an increase in the amount of magma,” Maguire said. “We just saw a clearer picture of what was really there.”

Previous images showed that the Yellowstone volcano has a low concentration of magma – just 10% – surrounded by a solid crystalline framework. As a result of these new images, and with key contributions from Chen, Maguire and his team were able to see twice as much magma as was present in the Yellowstone magma system.

“To be clear, the new discovery does not indicate the possibility of a future eruption,” Maguire said. “Any signs of changes in the system will be picked up by the network of geophysical instruments that constantly monitor Yellowstone.”

Unfortunately, Chen was unable to see the final results. Her unexpected death in 2021 continues to send shockwaves throughout the Earth science community, which is grieving the loss of her passion and expertise.

“Computational seismology is still relatively new at MSU,” said Songqiao “Shawn” Wei, a gifted assistant professor of geosciences in MSU’s Department of Earth and Environmental Sciences, who was a colleague of Chen’s. “Once the pandemic hit, Chen made her lectures and research discussions available on Zoom where researchers and students from all over the world could participate. This is how many seismologists around the world got to know MSU.”

Its meetings were a place where talented undergraduates, postdoc candidates, or simply anyone interested were welcome to attend. Chen has had potential graduate students as well as seasoned seismologists from around the world join her virtual calls.

Chen cared deeply for the welfare and careers of her students. She has fostered a holistic, interdisciplinary environment in which she encourages her students and postdoctoral candidates to become well-informed scholars and build long-term collaborations. It has even held virtual seminars on life outside of academia to help students nurture their careers and hobbies. Chen gave an example: She was an avid soccer player and knew how to dance the tango.

Diversity in the sciences was another area that Chen felt strongly about. She advocated and advocated for research opportunities for women and underrepresented groups. To honor Chen, her classmates created Memorial Fellowship In its name to provide support to graduate students to increase diversity in computational sciences and earth sciences. In another tribute to her life and love of gardening, her classmates also planted a memorial tree in the yard of the Engineering Building on the MSU campus.

Chen was truly a pioneer in her field and was honored as a National Science Foundation Early CAREER Award recipient in 2020 to perform a detailed seismic imaging of North America to study Earth’s solid outer shell.

“She had a lot of energy,” said Maguire. “She focused on ensuring people were successful while she was incredibly successful.”

Maguire’s research, which presents part of Chen’s legacy, is published in the journal Sciences.

“What Lies Beneath Yellowstone? There’s More Magma Than Previously Recognized, But It Might Not Be Eruptable,” by Carrie M. Cooper, Dec 1, 2012, Available here. Sciences.
DOI: 10.1126/science.ade8435