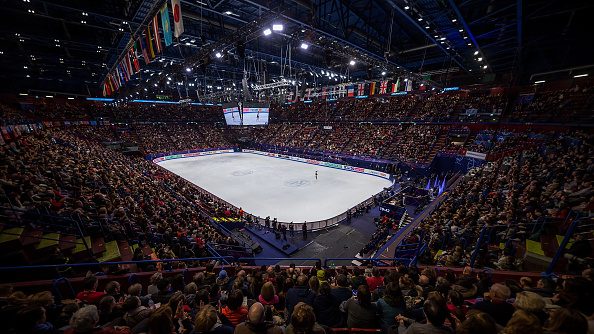 All but two of the US Olympic team members return for the end-of-season event.

The two absentees are gold medalists Nathan Chen (injury) and Jason Brownwho made the Olympic team but not the world team after the national championship in January.

Both Chen and two-time Olympic champion Yuzuru Hanyu (Ankle) from Japan will miss the world, open the race for gold. Japan Yuma Kageyama And the Shuma OnoThe silver and bronze medalists at the Olympics are the nominees.

Vincent Chuthe 2019 world bronze medalist, is back after missing the individual Olympic competition due to a positive coronavirus test. Ilya Malininthe 17-year-old who finished second to Chen in the national team, was left out of the three-man Olympic team but named to Worlds Over Brown.

In other disciplines, the absence of Russian figure skaters will be felt. The International Ski Federation has banned athletes from Russia and Belarus in all disciplines of skiing until further notice due to the Russian invasion of Ukraine.

In singles, pairs, and women’s ice dancing, the Russians have won five of the nine medals at the Olympics. Platform locations in the realms are there to take it.

The women’s event will culminate in a non-Russian gold medal for the second time in eight years. The return of all three US Olympic athletes: Alyssa Liu (7th in Olympiad), Maria Bell (x) and Karen Chen (16).

See also  Witness: An Iranian chess player appears in the Kazakhstan championship without a veil for the second day - Reuters

None of the top five pairs return from the Olympics, so the best team on the field with the best points total this season is the American pair Alexa Knirim And the Brandon Fraser. The other American pair, Ashley Kane Grible And the Timothy LeducIt ranks third in this field. The US pairs’ last medal came in 2002 and the last gold in 1979.

In the French ice dance Gabriella Papadakis And the Ciceron clouds We look forward to following up on their first Olympic title with a fifth world title. Americans Madison Hubble And the Zachary Donoghuethe Olympic bronze medalists, perform one last time before retiring from competitive skating.