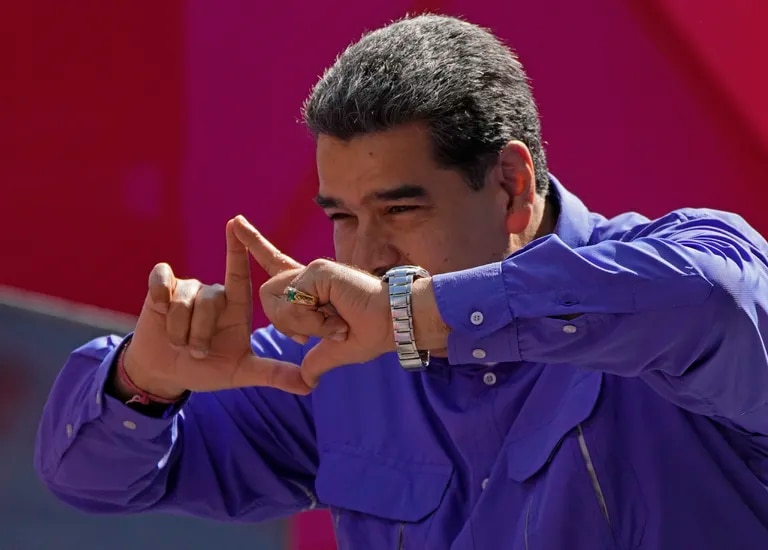 BOGOTÁ.- NEWS IN AND OUT OF VENEZUELA HIT: First semester a 12.3% growth in its Gross Domestic Product (GDP).. After nine years of economic hell, Hugo Chávez’s 21st-century socialism reversed the slide a decade ago. Health and recoveryEspecially since the assessment comes from an independent organization called the Venezuelan Financial Observatory (OVF).

It seems a miracle that, in the midst of a major global crisis, inflation, and the invasion of Ukraine, macroeconomic figures are accompanied by a series of successful harangues. Nicolás MaduroSupport An increase in oil production, an increase in government spending and an end to inflation.

The reality, as always in Venezuela, is very different. The first to notice this was José Guerrera, an economist and opposition deputy who is part of the OVF. “Maduro’s rocket of economic growth is nothing more trachy trachy (small pyrotechnic firework) wet. Growth is there, but weak, and the economy lost 79% of its size between 2012 and 2022.”, warned the expert who also worked at the Central Bank of Venezuela.

That’s the forecast for 2022 Venezuela’s economy will grow between 5% and 8%But it will do erratically in different sectors and above all, it will be difficult to maintain it over time.

“You don’t have to grow 80% to recover from an almost 80% drop. To go from 20 to 100 again you have to achieve 400% cumulative growth, which takes years”warns Nation Economist Jose Cordero.

All this to return to the levels of 2013, when Maduro agreed to the presidency of the oil country. “Of course there is a little growth now, but it is nothing compared to the tragedy created by this mismanagement. With the price of oil at 100 dollars per barrel, it is normal to have a little growth in the Venezuelan economy, which is very dependent on oil, but they have destroyed this industry,” says Cordeiro. Before arriving at the Miraflores Palace, the “Supreme Commander” was produced by Petroleos de Venezuela (PDVSA). Three million barrels of black gold, while it is now one-sixth, according to different sources, just half a million barrels.

“Another factor that helped Venezuela’s economy Exchange flexibility, can use the dollar, which was previously not only prohibited, but also fined. It is not an official dollarization because the revenue is not included, which is very important,” says Cordeiro, one of the best experts who participated in the dollarization process in Ecuador.

“If you compare it to the tipping point of the economy in 2018, There is no doubt that the Venezuelan economy has recovered and stabilized. But it is far from its starting point. To recover lost ground it is necessary to address infrastructure and oil,” concludes Luis Vicente Leon, president of DataAnalysis.

“There is growth, it is not denied, but It does not reach all: it does not affect all sectors, nor does it reach the entire territory”, clarifies Asdrúbal Oliveros, director of EcoAnalitica. The country is not facing an illusion, Oliveros says, but this unequal growth is because almost half of the population does not benefit from the economic “progress” because “their salaries are very precarious, so they cannot access the market”. ”.

The inequality Olivaros points out is also geographical: it has nothing to do with Caracas and its famous economic bubble, casinos, luxury still lifes and Ferraris. with the interior of the country.

A major debate is on the table about the resurrection of the Venezuelan economy in contrast to the global crisis. People who are very confident or close to authority say the glass is half full.

“Venezuela is moving forward in a process of economic transformation where the main protagonist is the people. After being subjected to brutal sanctions, it has reinvented itself., the “driver of victories” justified in a television connection. The turnaround in 2018 by imposing liberalization measures used the community’s momentum and that kind of dollarization to pull itself out of the quagmire between constant blackouts, food shortages, fuel shortages and the mass exodus of Venezuelans.

Vice President Delsey Rodriguez vowed to break the government’s confidence. National trade grew by more than 86% and between January and March 147 million dollars were received in exports.

What depends on whether this minimal improvement continues this year or fades away amid the international crisis? Leon is clear about this: “Although GDP projections are positive, their variability is very high, even with explosive double-digit growth if oil licenses are approved. In the midst of a global energy crisis, the oil glut is another emergency, international and national”.

The key is inside Negotiations between Washington and Caracas, which began in March within days of the Russian invasion of Ukraine. Both governments have authorized US multinationals Chevron and PDVSA to discuss oil licenses frozen by sanctions used against the Chavista dictatorship.

“These negotiations are the fundamental factor to recover the country’s economic activity and open the possibility of returning to the legitimate oil market. I hope they will come to a good conclusion, because the other scenario is disastrous,” says Luis Vicente Leon.

Money transfers from abroad can also be added to Wallet. EcoAnalytics calculates 35% has recovered since the pandemic, which is about 2.5 billion dollars It comes from seven million immigrants scattered around the world.