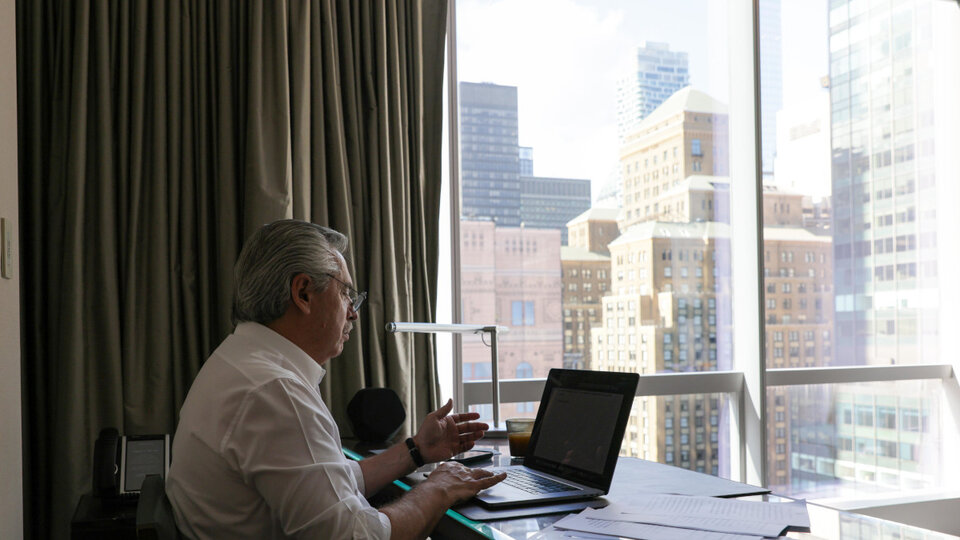 After dinner in the lobby of his hotel in New York, During the night, President Alberto Fernández reviewed his speech before the United Nations General Assembly this afternoon.

This morning he polished the last details of his wordsThis is as far as he knows Page 12 including A note on the assassination attempt of Vice President Cristina Fernández de Kirchner and the danger of far-right groups and hate speech Representing the democracies of the world.

As usual in speeches by Argentine leaders at the UN, Fernández will renew his demand for the sovereignty of the Malvinas Islands and press for Iran to allow those accused of the AMIA attack to be tried.

Further, The president will call for an end to the war between Russia and Ukraine And it will reclaim decisions made in central countries that impact the South, as it has already done in many international forums.

Alberto Fernandez held a meeting with Portuguese Prime Minister Antonio Costa on Monday afternoon. They talked about the war in Ukraine and its global consequences and the gas issue and the possibility of Argentine exports into Europe through Portuguese ports.