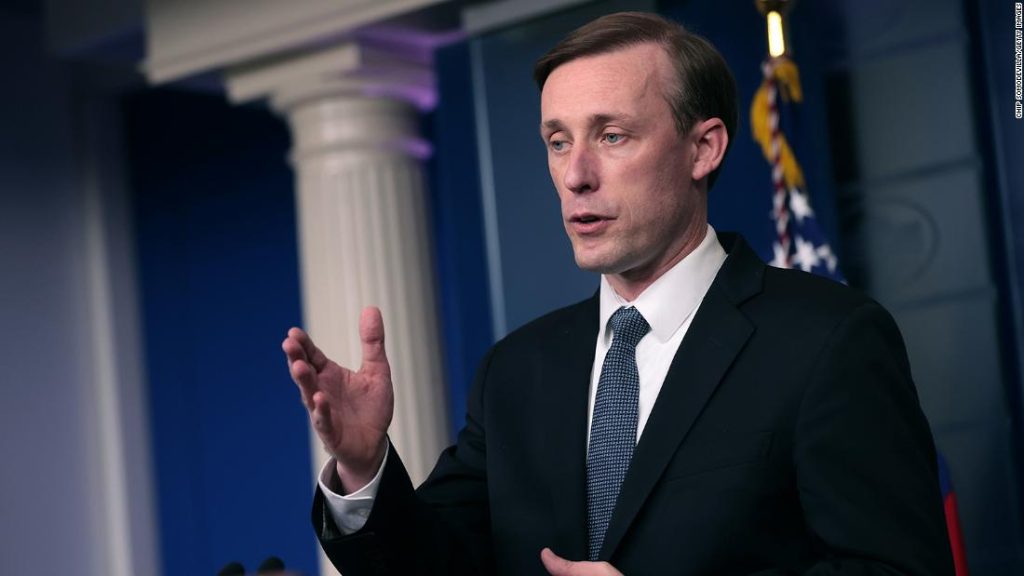 It is not yet clear whether China intends to provide Russia with such assistance, US officials familiar with the intelligence told CNN. But during an intense seven-hour meeting in Rome, a top aide to President Joe Biden warned his Chinese counterpart of “potential ramifications and consequences” for China that should support Russia soon, a senior administration official said.

The series of events highlighted growing concern among US officials about the emerging partnership between Moscow and Beijing as Biden works to isolate and punish Russia for its aggression in Ukraine. While officials have said the Chinese president has been alarmed by what has happened since the Russian invasion, there is little to suggest that China is willing to cut its support entirely.

This leaves open the troubling possibility for US officials – that China may help perpetuate a bloody conflict that is increasingly killing civilians, while also cementing an authoritarian alliance in direct competition with the United States.

In a diplomatic cable, the United States conveyed to its allies in Europe and Asia that China had expressed its willingness to help Russia, which had requested military support. The telegram did not state definitively that assistance had been provided. One official also said the United States warned in the cable that China would likely deny its willingness to provide assistance.

Among the help Russia requested were prepackaged, non-perishable military food kits, known in the US as “meal ready to eat,” or MREs, according to two sources familiar with the matter. The request highlights key logistical challenges that analysts and military officials say have hampered Russia’s advance in Ukraine — and raises questions about the Russian military’s basic readiness.

Units deployed to the front routinely bypassed their supply convoys and open source reports showed that Russian forces stormed grocery stores in search of food as the invasion progressed. One source suggested that the food may be a demand that China is willing to fulfill, as it falls short of lethal assistance that the West might view as too provocative.

One source said that not all of the CCP leadership was in agreement on how to respond to Russia’s request for help. Two officials said China’s desire to avoid economic consequences may curb its appetite for Russia’s aid. Officials separately told CNN that the Chinese president Xi Jinping was worried about the war In Ukraine he reactivated NATO.

“There is a real concern among some that their involvement could harm economic relations with the West, on which China depends,” said one of the sources.

Officials are also watching whether China is providing some economic and Diplomatic relief for Russia in other formssuch as the votes of abstentions at the United Nations.

In Rome, US National Security Adviser Jake Sullivan and the US delegation that met with senior Chinese diplomat Yang Jiechi “raised concerns very directly and clearly about Chinese support for Russia in the wake of the invasion, and the implications of any such support.” State Department spokesman Ned Price said that “China’s Relationships with the United States and Its Partners Worldwide”.

“This includes allies and partners in Europe and the Indo-Pacific region,” Price told a State Department briefing on Monday.

Concerns about possible Chinese involvement in the war came as the bombing of Kyiv, the Ukrainian capital, and the Russian military intensified. The campaign moved west. However, there are still indications that Ukrainian fighters are hampering the Russian armed forces, underscoring Russia’s need for outside help.

A senior US defense official told reporters Monday that Ukrainian forces “effectively hit Russia’s logistical capabilities and sufficiency” in the war. The United States does not believe that Russian missile strikes on a Ukrainian military training center in western Ukraine will affect US efforts to provide arms shipments to that country’s military.

Biden, who is working to garner international support for Ukraine, May be traveling to Europe soon To further consult with allies there, people familiar with the plans said, although no flights had been completed as of Monday. His administration is also considering expediting resettlement Ukrainian refugees associated with the United States. The US president may face mounting pressure to help displaced Ukrainians soon – the nation’s president, Volodymyr Zelensky, Planning to address a joint session roughly Congress on Wednesday.

Ahead of the meeting, US officials said they expected Yang to portray China as a neutral partner willing to help facilitate talks between the two sides aimed at ending hostilities. China has escalated In the past few days, it has intensified its diplomatic effortsincluding in a call last week between Xi and the leaders of France and Germany aimed at signaling a willingness to take a more active role in the crisis.

The United States viewed these efforts somewhat skeptically, given China’s recent rapprochement with Russia. Over the weekend, US officials said they had information that Russia has asked China for military support, including drones, as its invasion is progressing more slowly than the Kremlin expected. The Chinese and Russian governments publicly denied that the request had been submitted.

Sullivan told CNN on Sunday that China’s support for Russia was “a concern.”

“We are also closely watching to see to what extent China actually provides any form of support, material support, or economic support to Russia. It is a matter of concern to us. We have told Beijing that we will not stand by and allow any country to compensate Russia for its losses from economic sanctions. “.

US officials say they believe Xi felt unsettled by the Russian invasion and the performance of the Russian military, which has suffered logistical and strategic setbacks since the invasion began more than two weeks ago. The officials said Xi was watching from Beijing by surprise that his intelligence was unable to predict what happened, even though the United States had been warning of an invasion for weeks.

“They probably didn’t understand the full extent of that, because it’s very likely that Putin lied to them, the same way he lied to Europeans and others,” Sullivan told CNN on Sunday.

Global disapproval of Russia’s actions has prompted China to assess the damage it might do to its reputation by sticking with Russian President Vladimir Putin. And an economic break with Europe or the United States could hurt the Chinese economy, which is already growing more slowly than it was 30 years ago.

For all of these reasons, US officials believe that now is a moment when engaging with China is imperative as it determines how to proceed amid Russian aggression. US and Chinese officials have been in regular contact over the past several weeks, including in the lead-up to the Russian invasion.

Price said that the United States is “watching closely to what extent the People’s Republic of China” — another name for China — “or any other country, for that matter, provides any form of support, whether it is material support, or economic support, whether That was financial support for Russia.”

“Any support from anywhere in the world would be of great concern to us,” he said.

He declined to comment specifically on reports related to the diplomatic cable.

“We have told Beijing very clearly that we will not stand idly by… We will not allow every country to compensate Russia for its losses,” he added.

Price described the Chinese response to the Russian invasion of Ukraine as somewhat “paradoxical”.

See also  The Russo-Ukrainian War at a Glance: What We Know at Day 340 of the Invasion | world News

“I read a statement a few days ago from an official in the People’s Republic of China describing the situation as complicated. There is nothing complicated about this. This is outright aggression,” he said.

Russia’s invasion of Ukraine disrupted its relationship with China

Sullivan’s meeting on Monday in Rome was meant to be a follow-up to US President Joe Biden and Xi’s nearly three-hour virtual summit in November, which took place at the same time that US officials began warning of a massive build-up of Russian troops along the border. Ukrainian border. On that call, Xi warned Biden that dividing the world into rival blocs “will inevitably lead to disaster,” according to a Chinese reading.

Yet the Russian invasion did more to align the world in competing alliances than anything Biden did with the goal of bolstering U.S. relations — an outcome that U.S. intelligence found Xi was unprepared for, believing instead that European economic interests would prevent countries there from doing so. . Impose severe penalties.

This dynamic has complicated the relationship, which Xi and Putin declared “limitless” in a lengthy document in February, when Putin visited Beijing for talks and attended the opening ceremony of the Winter Olympics. Officials said the US decision to boycott the diplomatic games angered Xi, making Putin’s presence in the stadium even more important.

China’s evolving response to the Russian invasion – from denying it happened to avoiding public condemnation to presenting itself as a potential mediator – has been closely watched by the White House, as the potential of the Moscow-Beijing alliance is seen. growing concern. CIA Director Bill Burns said last week that the partnership is rooted in “a lot of brutal causes.”

A new “axis” of opposition to US-led efforts to strengthen regional security has been formed since before the war in Ukraine, including in the economic, political and military sectors. But Director of National Intelligence Avril Haines told lawmakers last week that the United States does not view the partnership as fully developed.

“We don’t see that yet at the point where we are, for example, with the allies,” Haines said. “They haven’t had that kind of cooperation, and we expect that it’s unlikely in the next five years that they will become … the way we ally with other NATO members in this context.”

This story has been updated with additional reports.