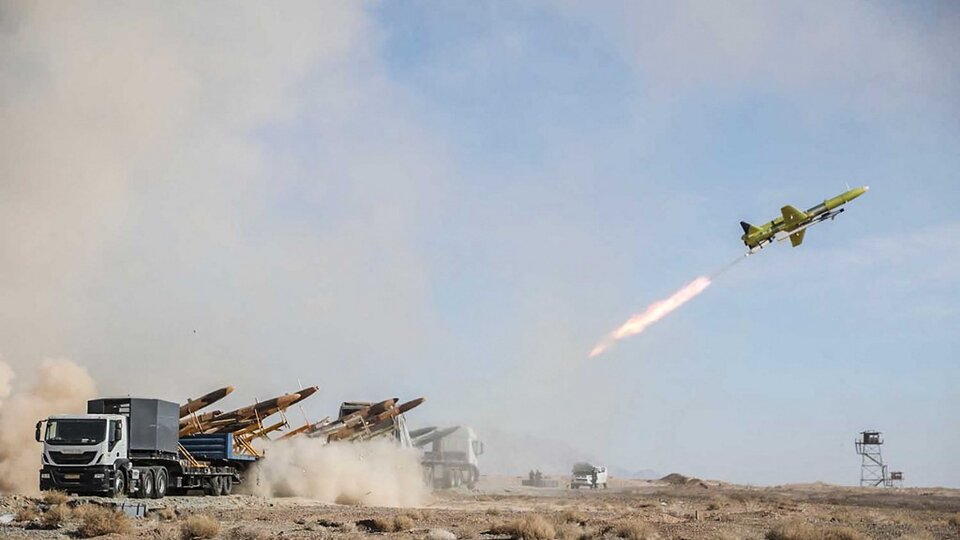 Belarus President Alexander Lukashenko on Tuesday accused the West of bringing the world closer to a major war with no winners, speaking at a graduation ceremony for graduates of the country’s military academies.

“Today’s events are concrete steps towards an end to US hegemony, a multilateral world in whose interests troop groups are increasing and a neo-Nazi ideology and outright fascist regimes are being supported alongside uneasy nations,” he said. Quoted by the official company Belda.

Lukashenko did not mention “Russian military action” in Ukraine, but the reference to events in the neighboring country could not be more obvious.

“Unfortunately, this Western policy is bringing the world closer to the collapse of a major war in which, as you understand, there will be no winners,” he urged the military.

About 500 sailors from the Russian Baltic Sea Fleet conducted live-fire exercises in the Baltic region of Kaliningrad amid tensions with Lithuania over a partial blockade of cargo transit due to social sanctions against Russia for its war campaign in Ukraine.

According to the statement of the Baltic Fleet collected by the Interfax agency, 30 units of military equipment are also participating in the combat exercise.

Russia estimates the number of mercenaries in Ukraine at 2,741

The Russian Defense Ministry today put the number of mercenaries in Ukraine at 2,741 and warned that they face maximum prison sentences if caught.

A military spokesman, Lt. Gen. Igor Konashenkov, said in his daily war zone that Russia is tracking and registering by name all mercenaries who have come to Ukraine to take part in the war.

In the past three weeks, he said, “as a result of offensive operations by the Russian Armed Forces and units of the People’s Militia of the Donetsk and Luhansk People’s Republics, the number of mercenaries in Ukraine has decreased from 3,221 to 2,741.”

Despite the arrival of 151 more mercenaries during that period, he confirmed that 391 militants had been destroyed and another 240 had left Ukrainian territory.

The Russian Defense Ministry pointed out that in its war zone, in addition to the weapons depots, in the city of Makeivka, an armor repair center of the Armed Forces of Ukraine was hit near Chiversk in the Donetsk region.

Near Artyomovsk, in the east of the country, Russian attacks with “high-precision weapons” destroyed a concentration point of Ukrainian troops, killing 180 people.

Likewise, the Russian military’s anti-aircraft defenses shot down seven Ukrainian drones in one day, most of them in the Donetsk region.

The European Union has approved a 1,000 million loan for short-term aid to Ukraine

European Union (EU) countries gave the green light on Tuesday to give Ukraine a 1,000 million euro loan to cover its short-term financing needs, up from 37,300 million this year alone.

The loan, approved at a meeting of the Ministers of Social Economy and Finance, will be the first tranche of a macro-financial assistance package of up to 9,000 million euros, which Twenty-seven hopes to approve once the European Commission presents the takeover plan. This money in the market.

“Continuing our material and financial support is not an option, but our duty. I am very pleased that we have accelerated the decision to provide €1 billion in macro-financial assistance. This will provide Ukraine with the necessary funds to cover its urgent needs and to ensure the functioning of its critical infrastructure,” said the Croatian. Finance Minister Zbyněk Stanjura, the country chairing the council this semester, said in a statement.

Pyotr Ilyichov, director of the Department of International Organizations at the Foreign Ministry, said that these types of expert-level consultations between Moscow and Ankara continue to take place, and the next round will take place this Wednesday.

“On all these issues, a regular dialogue is held between the Russian and Turkish military. The next round of such expert consultations is scheduled for July 13 in Istanbul. Ukrainian representatives and UN members are expected to join the audience,” he said.

Ilichov said that Russia has repeatedly said at “all levels” that it is ready to “ensure the navigation of foreign merchant ships exporting Ukrainian grain.”

Biden also approved the entry of Finland and Sweden into NATO

US President Joe Biden sent the Senate this Monday a protocol for Finland and Sweden to join NATO for the chamber to sign.

“They will be net contributors to the alliance in both capabilities and resources, and share important values ​​with the United States. Membership will help advance America’s priorities within NATO,” Trump said in a letter to the Senate.

NATO leaders agreed to start the accession process for Sweden and Finland at a summit in Madrid at the end of June. The two countries, which have provisional observer status, will become full members when the alliance’s 30 members ratify the Accession Protocol.

The approval process varies from country to country: for the United States, approval is required by two-thirds of the Senate.

The United States and its allies are on the brink of an open military conflict with Russia that would “be a direct armed conflict between nuclear powers,” Russian diplomatic spokeswoman Maria Zaharova warned today.

“By escalating the Ukrainian crisis and unleashing a serious hybrid conflict with Russia, Washington and its allies are teetering dangerously on the brink of an open military conflict with our country, that is, a direct armed conflict between nuclear powers.” Zakharova said..

In an opinion posted on the Russian Foreign Ministry website, the spokesman pointed out that “obviously such a conflict carries the risk of nuclear escalation.”

“However, the Japanese ruling party does not want to observe such a destabilizing policy of its American sovereignty,” Jazharova added, speaking in response to statements by Japanese Prime Minister Fumio Kishida about the real danger of Russia using nuclear weapons in Ukraine. .

Seven people were killed and about 60 wounded in Ukrainian shelling of a town in southern Ukraine’s Kherson province occupied by the Russian military, occupation officials said today.

“Seven people died and about 60 were wounded” in the shelling of the town of Nova Khakovka, said Vladimir Leontiev, head of the Russian-installed civil-military administration in the province.

Ekaterina Gubareva, deputy head of the Occupy Administration, said Ukrainian forces launched an attack with a US Himars multiple-launch missile.

Erdogan offers support to Zelensky to open talks with Russia

During a telephone conversation with Ukrainian President Volodymyr Zelensky last night, Turkish President Recep Tayyip Erdogan offered to “provide all necessary support for the start of the dialogue process between Ukraine and the Russian Federation, including assistance and mediation in the Istanbul process.”

The Ukrainian news agency Ukrinform noted in this regard that the Turkish leader stressed during the conversation that Turkey’s greatest desire is the return of peace to Ukraine.

Erdoğan also mentioned that he is involved in the plan prepared by the United Nations regarding the delivery of Ukrainian grains to the world market.

The Turkish president said that the solution between Ukraine and Russia “will be through diplomacy in any case, so the negotiation table should be open”.